With the death of the Queen, the Duke of York not only lost his mother but also any lingering possibility that he might one day return to public duties. 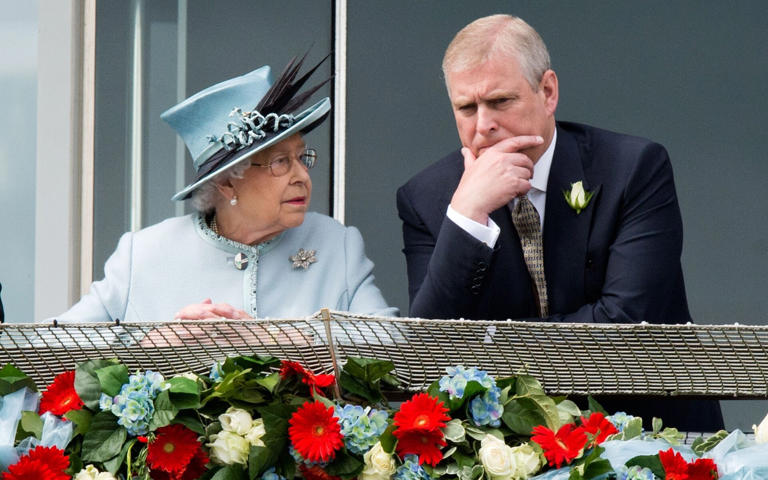 The unconditional love and support the monarch showed for her son had long offered him a faint glimmer of hope that he could eventually be accepted back into the fold.

That hope, while probably misplaced, is no more.

For while the Duke was allowed to don his naval uniform to mount a vigil at his late mother’s coffin last week, few expect to see him in it again.

The King has made clear that there will be no reprieve for his younger brother.

He has repeatedly insisted that the controversy surrounding the Duke should not be allowed to tarnish the reputation of the monarchy and has personally stepped in more than once in recent months to keep him out of the public eye.

Those closest to the Duke, 62, acknowledge that in the weeks and months ahead, he will have to sit down with the monarch and thrash out a plan for his future.

No one believes it will involve any semblance of a return to royal duty.

The Queen had been the Duke’s biggest champion in recent years.

At times, barring the vocal and unwavering support of his former wife, the Duchess of York, she was his only champion.

“Andrew took great comfort in his mother’s support, particularly when he found himself engulfed in scandal over his links with Jeffrey Epstein,” one friend told the Telegraph.

“He could count on her and relied heavily on her counsel.”

Throughout recent years, when the Duke’s friendship with Epstein, the convicted sex offender, repeatedly threatened the reputation and future of the monarchy, the Queen did her utmost to steady the ship.

The first explosive claim that 17-year-old Virginia Giuffre, who was trafficked by Epstein, had repeatedly been forced to have sex with the Duke first came to light in January 2015.

Buckingham Palace issued its first denial, stating that any suggestion he was involved in impropriety with underage minors was “categorically untrue”.

The Queen was said to be horrified. But crucially, she believed her son when he told her he had done nothing wrong.

That loyalty did not waver as the crisis snowballed, leading to his disastrous Newsnight interview and a civil case that raised the terrifying prospect of the Duke having to take to the witness stand in a New York courtroom.

As the Duke found himself in ever deeper water, it was the Queen who offered both public and private support. She paid for his legal fees and was the shoulder he leaned on over many cups of tea in the drawing room at Windsor Castle.

When matters reached a head in January, the monarch responded to public pressure, stripping her son of his honorary military titles and charity patronages.

But the door never fully closed.

In March, the world watched agog as the disgraced Duke accompanied his frail mother to Westminster Abbey for the Duke of Edinburgh’s memorial service, guiding her to her seat.

Senior members of the Royal family were “dismayed” by this turn of events but they also knew that the Queen’s bond with her son was unbreakable.

As the sovereign’s much-loved son, he could circumvent the palace powers that be. He always had her ear.

“She was a mother first,” one source said. “With him, that never changed.”

The mother-and-son bond was forged when the Duke was very young. Born a decade after the Princess Royal, he gave the Queen an opportunity to be a different, more hands-on mother.

When Prince Charles and Princess Anne were young, the monarch was consumed by the demands of her role and was often abroad.

Prince Andrew’s arrival gave her another chance at motherhood and she enjoyed it, indulging him in a way she had not done with his siblings.

The pair continued to be incredibly close, not least as the Duke lived almost next door to her on the Windsor estate.

He was her most frequent visitor, often popping in for tea and keeping her entertained.

In November 2019, just days after the Queen effectively sacked him as a working royal amid the damaging fallout from his Newsnight interview, she was photographed out riding with him.

The Queen did nothing by chance. It was rightly interpreted as a personal show of support.

Earlier this year, the Duke had been gently pushing her for a return to royal duties, asking to be reinstated as Colonel of the Grenadier Guards.

His efforts were almost rewarded with an appearance alongside senior members of the Royal family at the annual Order of the Garter ceremony, when he was due to take part in the colourful procession at Windsor Castle resplendent in velvet robes and the traditional plumed hat.

But it was a step too far for Prince Charles and his heir, Prince William, who feared a “backlash” and lobbied the Queen for a change of plan. Their eleventh-hour intervention ensured that the Duke remained out of public sight.

The Duke though, was undeterred. Knowing he had his mother’s support, he deployed his daughters, Beatrice and Eugenie, to lobby Prince Charles this summer at Balmoral.

Their request to allow their father to return to royal duties inevitably fell on deaf ears.

With the Queen gone, the Duke’s future is now more uncertain than ever.

“She always stood by him, she supported him and she believed in him,” one source said.

“It was never in doubt.

“Perhaps, had she lived for many more years, she may have tried to help him stage some kind of a comeback. But now, there is no way back.”