The Telegraph:Follow View Profile Queen’s funeral guest list: who is invited and who is not? 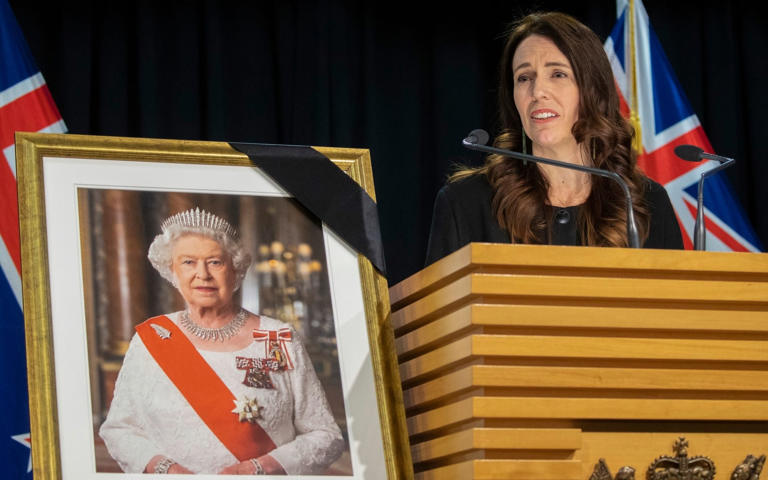 The Queen’s funeral guest list: Who are the Royals and politicians invited? – Mark Mitchell© Provided by The Telegraph

Nearly 500 dignitaries from around the world are set to descend on London to pay their last respects to the long-reigning monarch alongside members of the Royal family in one of the largest diplomatic moments of the century.

They will join members of the Royal family, UK prime ministers past and present, and key figures from public life at Westminster Abbey – the historic church that can hold around 2,000 people – at 11am next Monday.

“This is the biggest international event we have hosted in decades,” a Whitehall source said.

The source compared the logistical task to organising “hundreds of state visits” within a matter of days. Normally, there might only be two or three a year.

It presents a huge logistical, diplomatic and security challenge, with practice runs taking place in the dead of night.

Invitations were sent over the weekend to the heads of state of nations with which the UK has diplomatic relations. For most countries, that means the head of state plus one guest.

So, who can we expect to see attend Her Majesty’s funeral on Monday, September 19?

The late Queen’s four children – King Charles III, Princess Anne, Prince Andrew and Prince Edward – will be present at the funeral, as well as their respective spouses: Camilla, the Queen Consort; Sophie, Countess of Wessex and Sir Tim Laurence. The Duke of York’s ex-wife, Sarah Ferguson, is also expected to attend. 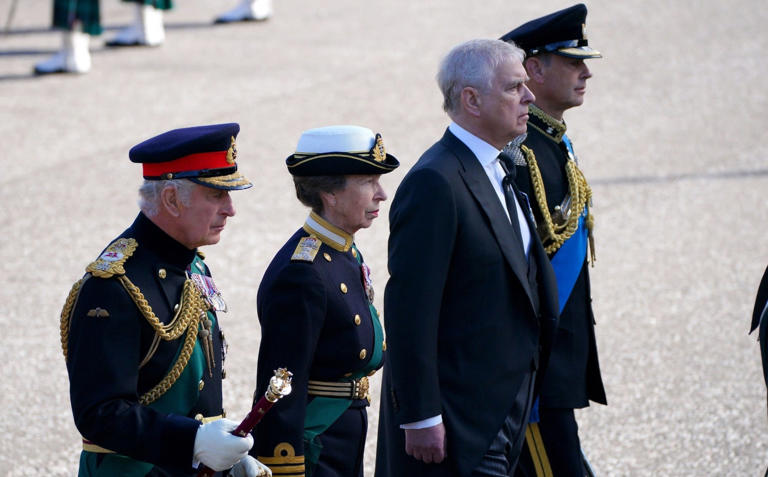 King Charles III, the Princess Royal, the Duke of York and the Earl of Wessex walk behind Queen Elizabeth II’s coffin during the procession from the Palace of Holyroodhouse to St Giles’ Cathedral – Jon Super© Provided by The Telegraph

Spouses of close family, including Catherine, the Princess of Wales and Meghan, the Duchess of Sussex will pay their respects too.

Monarchs from across the world will also fly into London to pay their respects. Spain’s King Felipe and Queen Letizia have been confirmed as guests, while former king and queen Juan Carlos and Sofía have been invited. 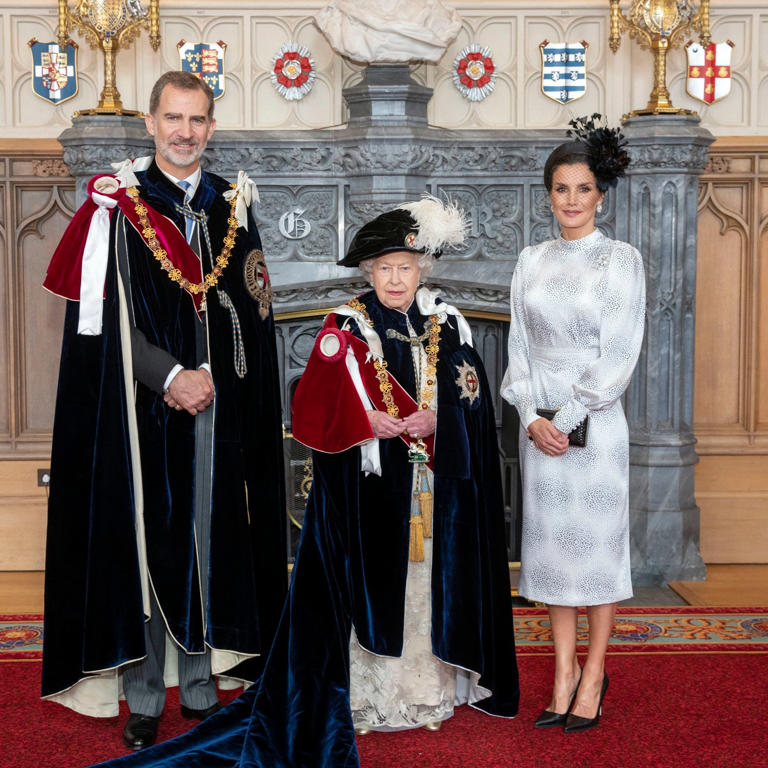 Queen Elizabeth II (centre) with King Felipe VI of Spain and his wife, Queen Letizia, in St George’s Hall, at Windsor Castle, after the king was invested as a Supernumerary Knight of the Garter, ahead of the Order of the Garter Service at St George’s Chapel in 2019 – Steve Parsons© Provided by The Telegraph

King Willem-Alexander and Queen Maxima of the Netherlands, King Harald V and Queen Sonja of Norway and Prince Albert II and Princess Charlene of Monaco have all confirmed their attendances.

Other members from Europe’s royal families will also be in attendance, including Sweden, Denmark, Belgium and Greece.

Related video: Queen’s Funeral: These Mourners Will Be There

Her Majesty met with countless world leaders during her 70-year reign and many of these politicians are expected to attend her state funeral.

Buy Microsoft 365 For Business – Scalable To Any Business 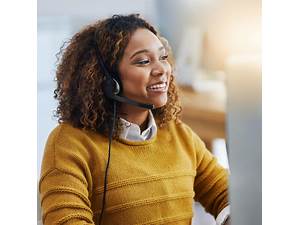 Both the First Minister of Scotland, Nicola Sturgeon, and the Irish premier, Michael Martin, have also confirmed they will be travelling to London for the service.

President Joe Biden has said he will be present, with his wife, First Lady Jill Biden. The former US presidents Donald Trump and Barack Obama will also not be attending, the White House confirmed on Monday.

European leaders who will be in attendance include the French president Emmanuel Macron, the German president Frank-Walter Steinmeier, Italian president Sergio Mattarella and Finland’s Sauli Niinisto – the latter as per his presidential statement.

Other world leaders who are also expected to be present are New Zealand’s prime minister Jacinda Ardern, as well as her Australian and Canadian counterparts Anthony Albanese and Justin Trudeau. Australia’s Governor-General David Hurley will also be joining, as will Brazil’s president Jair Bolsonaro.

Yoon Suk-Yeol’s office confirmed the South Korean president’s attendance. A representative of North Korea will be allowed to attend the funeral. Britain and North Korea established diplomatic relations in 2000 after 60 years without embassies. However, Kim Jong Un, the country’s leader, rarely travels abroad and is unlikely to attend.

The Japanese Emperor Naruhito and Empress Masako will travel to Britain to attend. Traditionally, a Japanese emperor stays away from funerals whether at home or abroad because of a cultural belief based in the Shinto religion that considers death impure. The decision for Naruhito to attend the Queen’s funeral underscores the importance and the deep bond between the royal families.

HH Amir Tamim bin Hamad al Thani, Emir of Qatar, will also be attending the funeral, according to a source familiar with the Qatari leadership.

Israel’s president will be present, however the prime minister will not attend. Although Iran’s Supreme Leader will not be attending, the BBC’s James Lansdale confirmed that the country would be represented at an ambassadorial level.

Turkish president Recep Tayyip Erdogan has said he will attend “if the schedule allows”.

Four leaders of Pacific Commonwealth nations will join the Australian Prime Minister at the Queen’s funeral.

Anthony Albanese told a press conference shortly before midday local time on Wednesday that the leaders of the Solomon Islands, Tuvalu, Samoa and Papua New Guinea have accepted Australia’s offer of help with transportation to London.

The delegation, which is due to leave on Thursday evening, will also include governor-general David Hurley as well as 10 Australian citizens “who have made extraordinary contributions to their communities”.

Her Majesty relied on many close staff, such as her ladies-in-waiting and footmen, who will most likely also be in attendance to pay their respects to the late Queen.

All holders of the Victoria Cross or George Cross will be able to attend the Queen’s funeral, the PA news agency understands.

Who will not be attending the Queen’s funeral?

Invitations to the Queen’s funeral have not been sent to Russia, Belarus and Myanmar.

Russia has not been invited because of Vladimir Putin’s invasion of Ukraine, diplomatic sources said.

According to Dmitry Peskov, although “Russians respected her for her wisdom”, Putin’s attendance at the late Queen’s funeral “is not being considered”.

Venezuela and Syria are not invited because Britain does not have full diplomatic relations with them, The Telegraph understands. No representatives from Afghanistan will be invited because of the current political situation there.

When will the seating plan be released?

The seating plan will be determined after the RSVP deadline on Thursday.

This article is kept updated with the latest information.