Manchester United are going big in their hunt for David de Gea’s replacement and could make a move for Atletico Madrid stalwart Jan Oblak, according to a report. 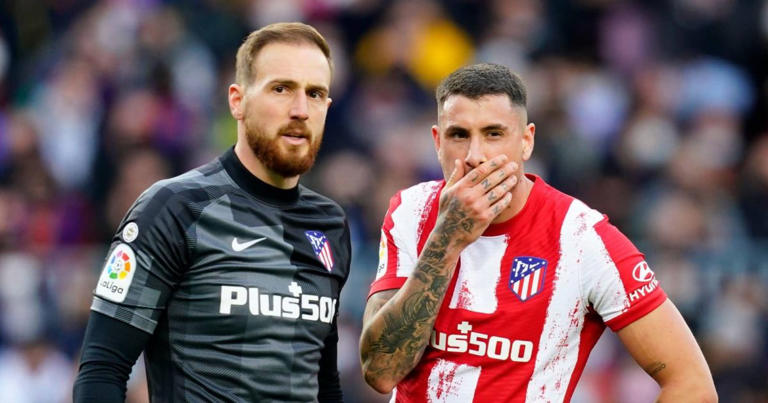 De Gea fought off a challenge from fellow goalkeeper Dean Henderson two seasons ago to continue being Manchester United’s number one. He kept his spot for most of last season, playing in 46 games across all competitions.

Henderson, in contrast, was limited to just four senior outings. And none of these came in the Premier League, either.

Henderson is out on loan at Nottingham Forest to try and get his career back on track. As such, Manchester United brought in Martin Dubravka from Newcastle for the campaign.

The Red Devils have the option to buy him permanently, should he impress.

Dubvraka is yet to make his United debut as Erik ten Hag is happy using De Gea in goal. This could change when United come up against Moldovan outfit Sheriff Tiraspol on Thursday evening.

But rather than De Gea being dropped due to his performances, Ten Hag will simply want to give Dubravka some game time to keep him happy.

De Gea’s contract at Old Trafford, which he signed in September 2019, expires next summer. Back in May, an extension was supposedly in the works.

However, this renewal is yet to materialise. And reports are beginning to suggest United could move away from the Spaniard by bringing in a new, top-class keeper.

As per French source Jeunes Footeux, they have their eye on Atleti’s Oblak. He is in a similar situation to De Gea as his Atleti contract runs out at the end of the season.

Atleti would love to keep him at the Wanda Metropolitano as he has been a vital part of their team for many years. However, Oblak is likely to test the waters over the next few months by seeing which teams he could potentially sign for.

United are among the potential suitors, Jeunes Footeux claims. They are willing to offer him a big-money contract to complete a deal.

De Gea currently takes home around £350,000 every seven days in Manchester. It’s interesting that United are planning to offer Oblak £50k less than this per week.

Nevertheless, United officials are reportedly confident that the eye-watering terms will get the Slovenian’s attention.

One problem for Ten Hag’s side in the transfer pursuit is coming from a European rival. The report also puts Paris Saint-Germain on Oblak’s trail.

PSG already have Gigi Donnarumma in goal, and he has kept four clean sheets in Ligue 1 so far this season. Despite this, the French club are preparing to rival United for Oblak.

Maybe PSG chiefs want a more experienced shot-stopper in net to fulfil their dream of winning the Champions League. Donnarumma has played lots of matches for a 23-year-old, but he is still six years younger than Oblak.

While United and PSG both admire Jan Oblak, it’s hard to see the keeper leaving Atleti. He has a fantastic relationship with the club’s fans after spending more than eight years in Madrid.

Plus, Atleti will soon put a lucrative contract on the table for him. This might not be worth as much as United’s offer, but Atleti don’t need it to be. After all, they can offer the star Champions League football – something United cannot.