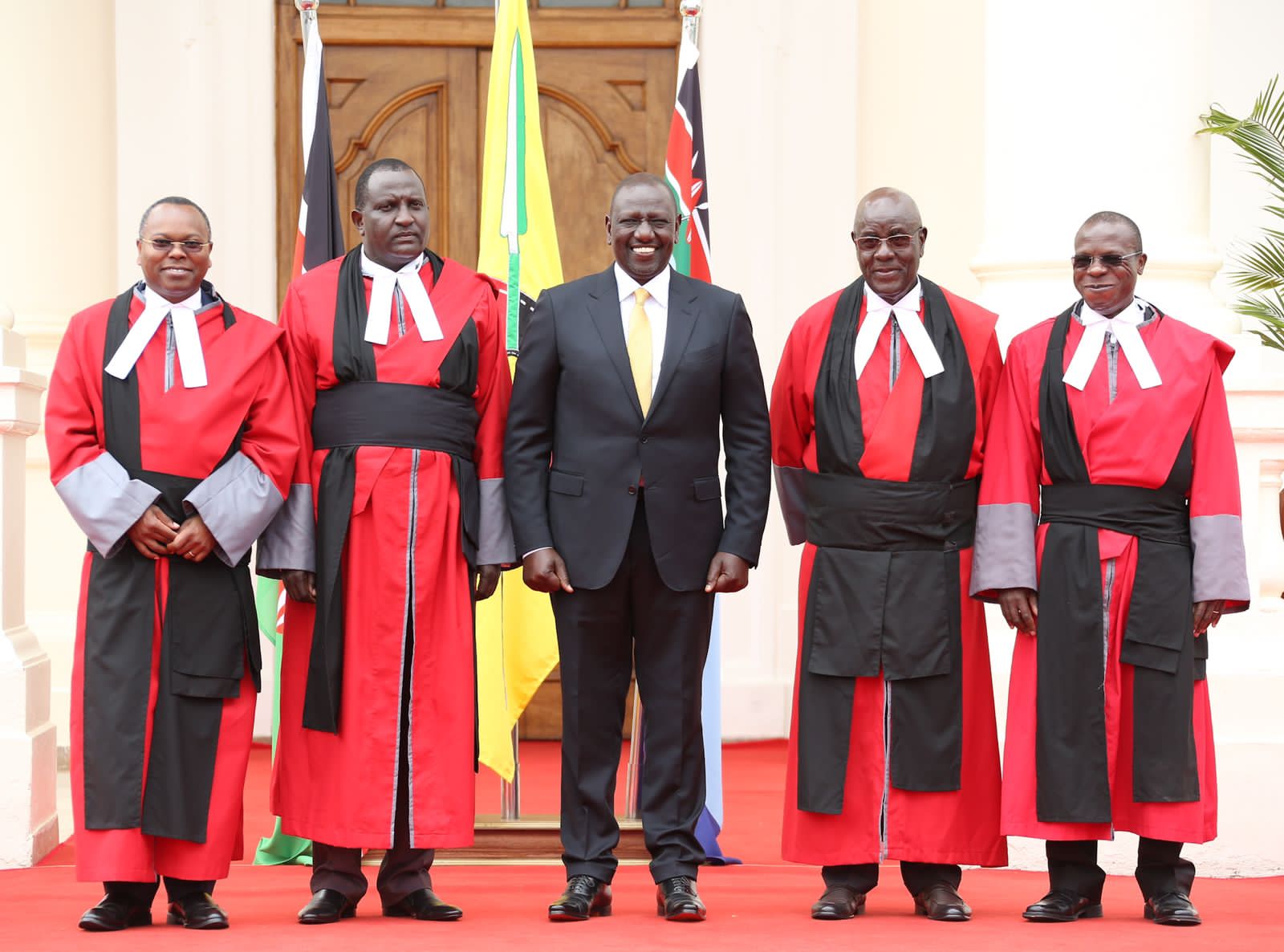 NAIROBI, 14th September 2022 (PSCU) – President William Ruto has assured that his administration will support the judiciary and make it operate at its maximum level.

The President pointed out that an efficient judiciary will make justice more accessible and unlock the social as well as economic potential of the country for the benefit of all Kenyans.

Chief Justice and President of the Supreme Court

“It is important that we have an efficient and independent judiciary. That is why when the Judiciary Fund was rolled into place on 1st June this year, it was not just a celebration by the judiciary but for people of Kenya because we know that way we can have a much more efficient judiciary and many more cases can be concluded in a timely manner,” President Ruto said.

The Head of State spoke on Wednesday when he witnessed the swearing-in of four appellate judges and two judges of the Land and Environment Court he appointed yesterday.

Congratulating the newly appointed judges, Dr. Ruto reaffirmed his commitment to the independence of the judiciary and other constitutional offices.

Emphasizing the importance of the rule of law, Dr. Ruto said his administration will deal firmly and effectively with impunity.

“Let me say this for the record that Kenya can only be better if we become a country of the rule of law. Any other route lead to anarchy. We are all equal before the law and before our Constitution. And therefore there must never be the case of the animal farm where there are people who are more equal than others.

“Let me repeat again, it is the rule of law. That is the bare minimum that will make us a respected member of the international community and a society that is at peace with itself,” President Ruto said.

Chief Registrar of the Judiciary Anne Amadi conducted the swearing-in ceremony that was also witnessed by Deputy President Rigathi Gachagua, Chief Justice Martha Koome and her deputy Philomena Mwilu among other judiciary officials.

Taking the oath of office, the appellate judges and judges of the Land and Environment Court separately swore to diligently serve the people of Kenya and to impartially do justice in accordance with the Constitution as per the law established.