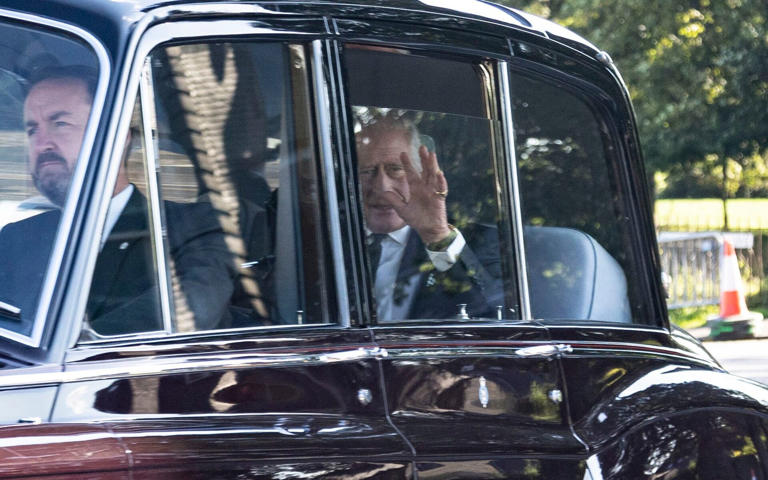 Around 100 members of staff at the King’s former household have received written notice of redundancies.

Clarence House employees, among them private secretaries, the finance office, the communications team and household staff, received written warning on Monday that household operations had ceased.

Many had worked for the King for decades but a palace spokesman said that job losses were “unavoidable”.

The news was relayed during the service of thanksgiving for the late Queen at St Giles’ Cathedral in Edinburgh, as many worked around the clock to ensure the complex arrangements of Operation London Bridge unfolded as planned.

The letter, sent by Sir Clive Alderton, the King’s principal private secretary, was said to have left staff “visibly shaken”.

Many are said to have assumed they would be amalgamated into the King’s new household.

One source told the Guardian: “Everybody is absolutely livid, including private secretaries and the senior team. All the staff have been working late every night since Thursday, to be met with this. People were visibly shaken by it.”

The letter, seen by the newspaper, outlined how the King’s work would shift away from personal interests to the official duties of a head of state.

Related video: King Charles’ Staff Told They Could Lose Their Jobs as He Moves to Buckingham Palace

It said: “The change in role for our principals will also mean change for our household… The portfolio of work previously undertaken in this household supporting the former Prince of Wales’s personal interests, former activities and household operations will no longer be carried out, and the household… at Clarence House will be closed down.

“It is therefore expected that the need for the posts principally based at Clarence House, whose work supports these areas will no longer be needed.”

Sir Clive acknowledged that the news would be “unsettling”. He said that staff providing “direct, close, personal support and advice” to the new King and Queen Consort would remain in post.

A Clarence House spokesman said: “Following last week’s accession, the operations of the household of the former Prince of Wales and Duchess of Cornwall have ceased and, as required by law, a consultation process has begun.

“Our staff have given long and loyal service and, while some redundancies will be unavoidable, we are working urgently to identify alternative roles for the greatest possible number of staff.”

A palace source insisted that “every effort” had been made to delay such moves until after the Queen’s funeral.

But they said that legal advice taken by the household meant the information had to be shared at the earliest opportunity.

Any staff made redundant are expected to receive “enhanced” redundancy payments. No staff will be affected for at least three months.

It has not yet been announced whether the King will live primarily at Buckingham Palace or elsewhere.