The King will be joined by both his sons as he walks behind the Queen’s coffin from Buckingham Palace. 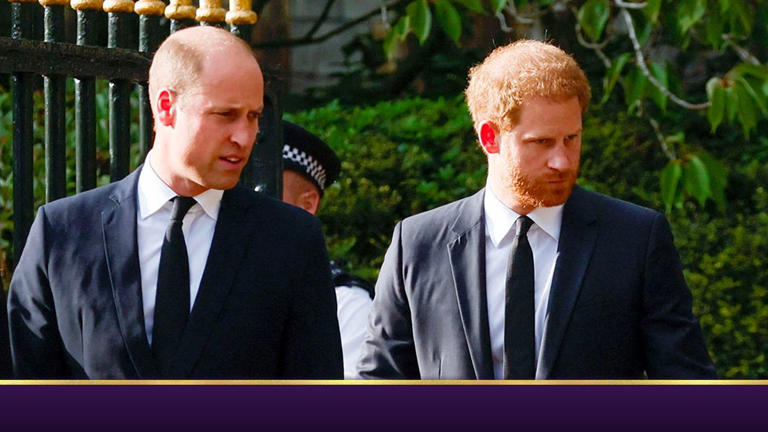 The King, the Prince of Wales and the Duke of Sussex will follow the coffin on foot as it makes its journey to Westminster Hall for the lying in state from Wednesday afternoon. 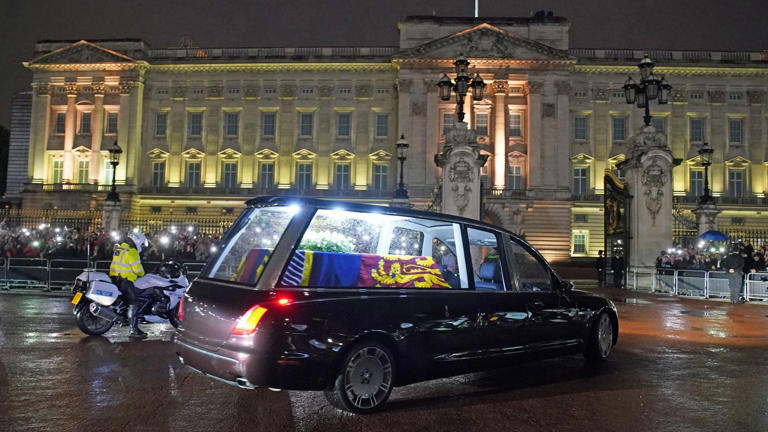 The Duke of York, the Princess Royal and the Earl of Wessex will also walk with them.

Princess Anne’s son, Peter Phillips, and her husband, Vice Admiral Sir Timothy Laurence, will also join the procession, as well as the Duke of Gloucester and the Earl of Snowdon. 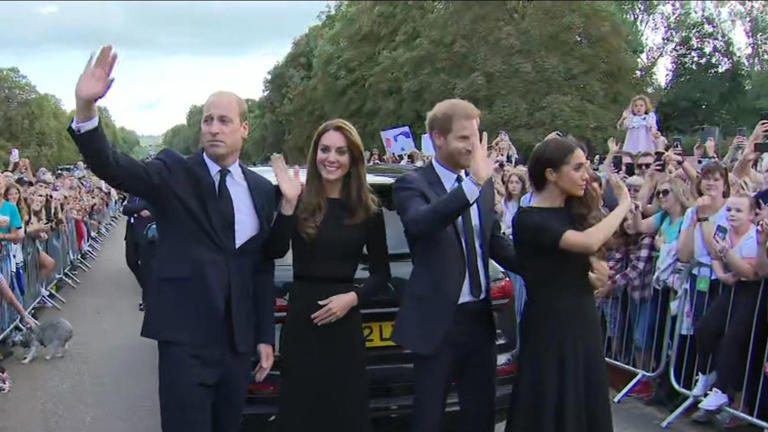 The Queen Consort, the Princess of Wales, the Countess of Wessex and the Duchess of Sussex will travel by car.

The procession will leave the palace at 2.22pm and is expected to arrive at Westminster Hall at 3pm. 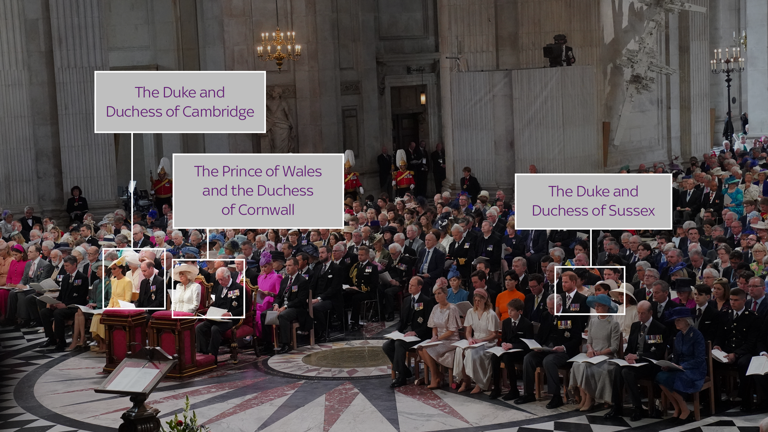 A service lasting around 20 minutes will be led by the Archbishop of Canterbury accompanied by the Dean of Westminster. 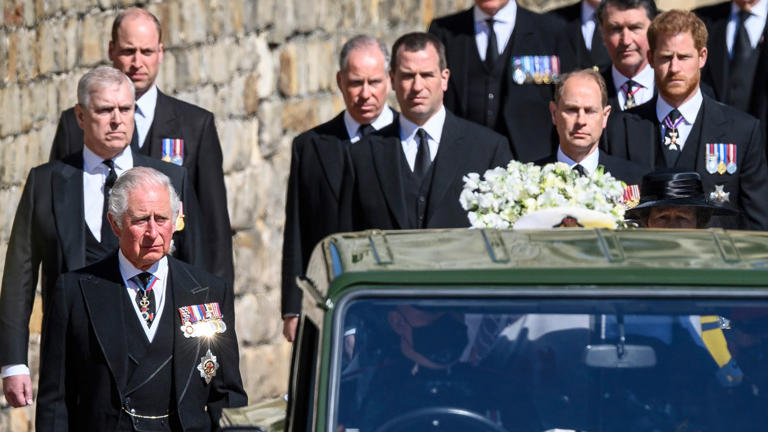 The brothers’ troubled relationship is well documented, but after the death of their grandmother last Thursday they and their wives united unexpectedly when they viewed floral tributes left to the Queen outside Windsor Castle.

The princes put on a united front with their wives during a mammoth walkabout on Saturday.

Accompanying Queen on final journeys has been ‘an honour’ – Anne

The King talked of his love for the Duke and Duchess of Sussex in his televised address to the nation on Friday evening, saying: “I want also to express my love for Harry and Meghan as they continue to build their lives overseas.” 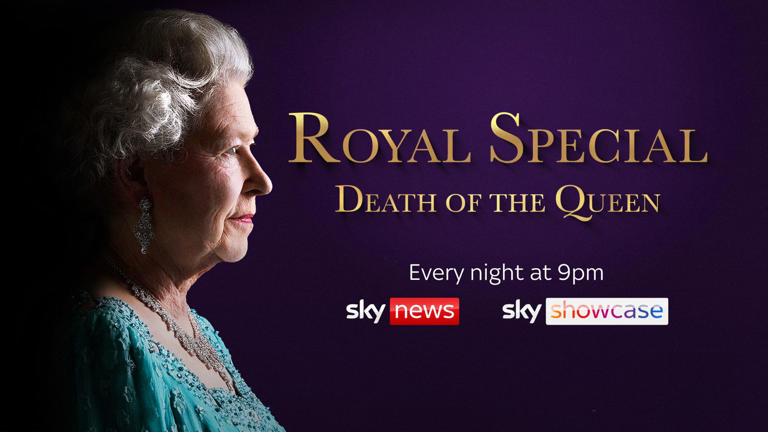 In the Duke’s tribute to his grandmother, released on Monday, he said he wanted to honour his father at the start of his reign.

The last time Charles and his two sons were all together in public was at the service of thanksgiving for the Queen at St Paul’s Cathedral during the Platinum Jubilee celebrations in June.

On that occasion, the Sussexes sat some distance from Prince Charles and Prince William, behind the Wessex family and the Duke and Duchess of Gloucester.

This was Harry and Meghan’s first public appearance alongside the Windsors since they stepped down as senior royals in 2020.

In April 2021, Harry and William joined their father when they walked behind the Duke of Edinburgh’s coffin at his funeral.

The brothers were separated by Mr Phillips, their cousin, but he dropped back half a pace at one point, so the siblings appeared closer together.

After the funeral service, William and Harry chatted as they walked back up the hill from the chapel to the castle.

Mourners have already joined the queue to attend the Queen’s lying in state at Westminster Hall, which begins at 5pm on Wednesday.

It will continue until 6.30am on Monday, the day of the Queen’s funeral.

The government has warned that the queue is expected to be very long, with people standing for “many hours, possibly overnight” and with very little opportunity to sit down.