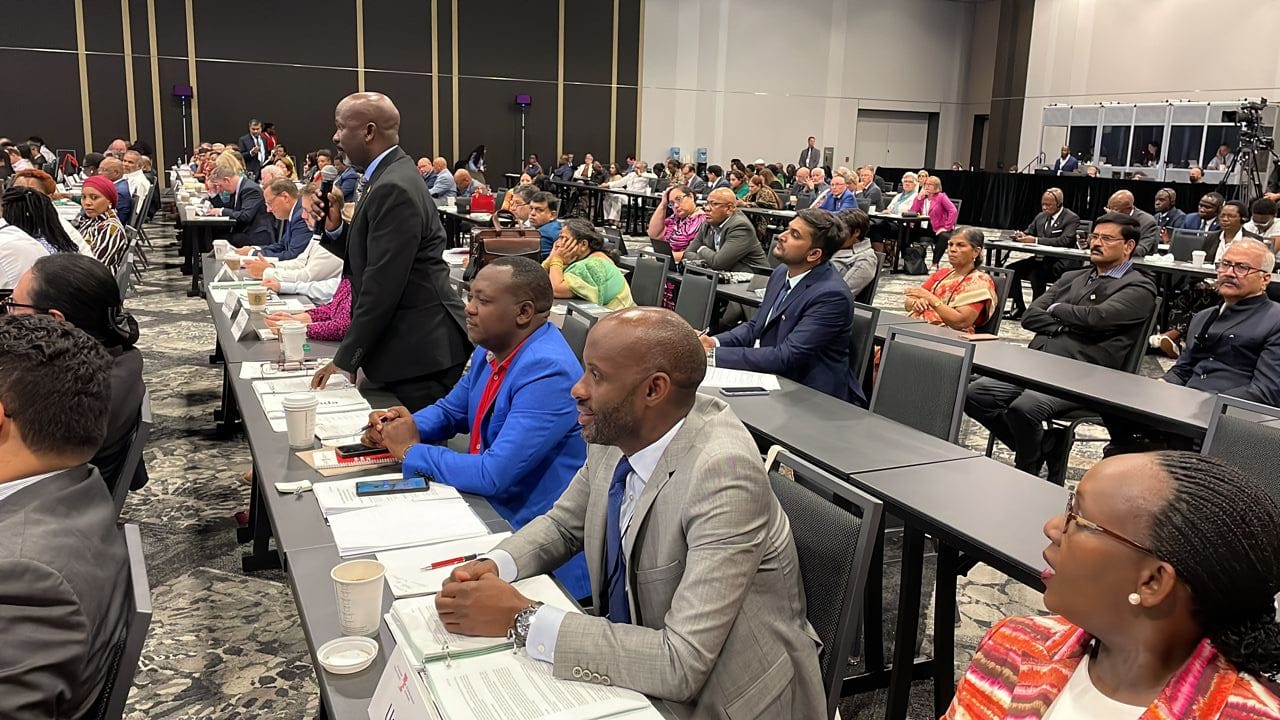 Kinywamachunda who doubles as the Chairman of the Commonwealth Parliamentary Association (CPA) Uganda Branch led the delegation on behalf of the speaker of parliament Anita Annet Among who is the president of the CPA Uganda Branch by virtue of her position.

The 65th Commonwealth Parliamentary Association Conference, in Halifax, Nova Scotia, Canada was held under the theme: “Inclusive, accessible, accountable and strong parliaments: the cornerstone of democracy and essential for development”.

During the conference, there were a number of additional conferences and meetings including: 38th CPA small Branches Conference: 7th triennial Commonwealth Women Parliamentarians (CWP) Conference; 65TH CPA General Assembly; meetings of the CPA Executive Committee; and the society of Clerks at the Table (SOCATT) meetings.

The Network is a forum which facilitates activities and programmes to champion and increase representation of persons with disabilities in Commonwealth Parliaments.

Kanushu succeeds Dennitah Ghati a former nominated Mp from Kenya and she becomes the third CPwD Chairperson after Ghati and Kevin Murphy, a former Speaker of the Nova Scotia House of Assembly in Canada.

It was resolved that the 66th Commonwealth Parliamentary Association Conference will take place in Accra, Ghana and will be hosted by CPA Ghana Branch and Parliament of Ghana from 30 September to 6 October 2023.