The actress Gwyneth Powell, known to many as the headmistress in the BBC series Grange Hill, has died at the age of 76. 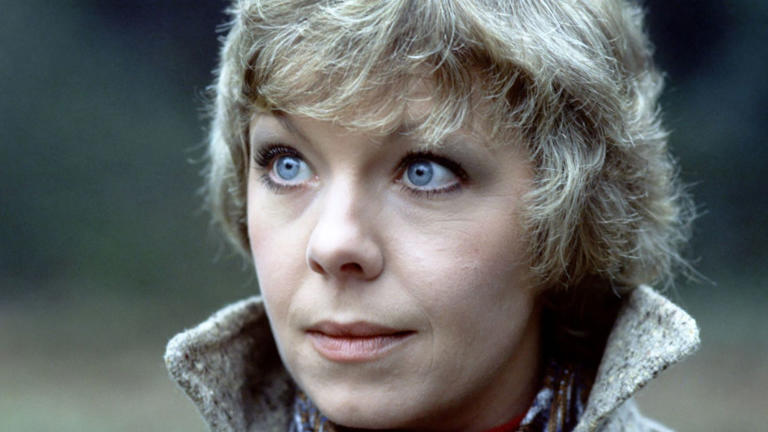 She played the role of Mrs McClusky for from 1981 to 1991, and despite playing many other parts in her career, it was the one that viewers took most to heart.

Matthew Lacey, her agent, said in a statement on behalf of the family that the actress died “after complications following a major operation for a perforated colon”.

Confirming she died last Thursday – the same day as the Queen – he added: “She passed away peacefully, with her husband and niece at her bedside.

“Gwyneth will be greatly missed by her adoring family and friends along with her many fans from multiple TV appearances.”

Patricia Hidalgo, director of children’s and education at the BBC: “We are very sorry to hear of the passing of Gwyneth Powell.

“Her famous portrayal of Mrs McClusky is one that will be fondly remembered by all those that grew up watching Grange Hill.

“Our thoughts are with her family and friends at this sad time.”

The Grange Hill Twitter fan account shared an image of Powell, writing: “Thank you for the memories”.

Powell was born in Manchester on 5 July 1946 and initially trained as a teacher at Goldsmiths College in London.

After graduating she joined a repertory theatre, first working in Worthing and then at the Bristol Old Vic.

She went on to appear in a series of TV dramas, but her career really took off after she was cast as the tough-but-fair headmistress Bridget McClusky in the children’s series Grange Hill.

The drama about life in a comprehensive school ran between 1978 and 2008 and was praised for tackling issues such as drug addiction, bullying and teenage pregnancy.

Powell once joked she accepted the role due to pressure from her nephew and nieces, who loved the show.

Despite enjoying the role and getting on well with her fellow actors, Powell spoke to producers after 10 years, requesting be written out so she could pursue other roles.

Later reflecting that Mrs McClusky held office for the same length of time as Margaret Thatcher – who was in power at the time she played the role – she said the women had similarities and were both “power dressers”.

Speaking to the Grange Hill Gold blog in 2013, she said: “Even now, I don’t think a day passes without someone telling me how much they loved the programme. It affected a whole generation, and apart from the children, many women teachers have told me that my role encouraged them to apply for headships, which is great.”

She said she was later “asked to play versions of Mrs McClusky in all kinds of programmes, like Ashes to Ashes, Little Crackers, A Touch of Cloth, Matt Lucas Award”.

Her other credits included Heartbeat, Holby City, Z Cars, A Touch Of Frost, Dixon of Dock Green, Squadron, Accident, People Like Us, Coronation Street, The Enigma Files and Father Brown.

In 2013 she was cast as the mother of Welsh comic Greg Davies’ character in Channel 4 comedy Man Down.

Later in life she also travelled the world, teaching drama in countries including China, India and Dubai.

Powell leaves behind her husband and fellow actor Alan Leith, and her nephew and nieces.