Queen Elizabeth II famously said that it was “often the small steps, not the giant leaps, that bring about the most lasting change.” 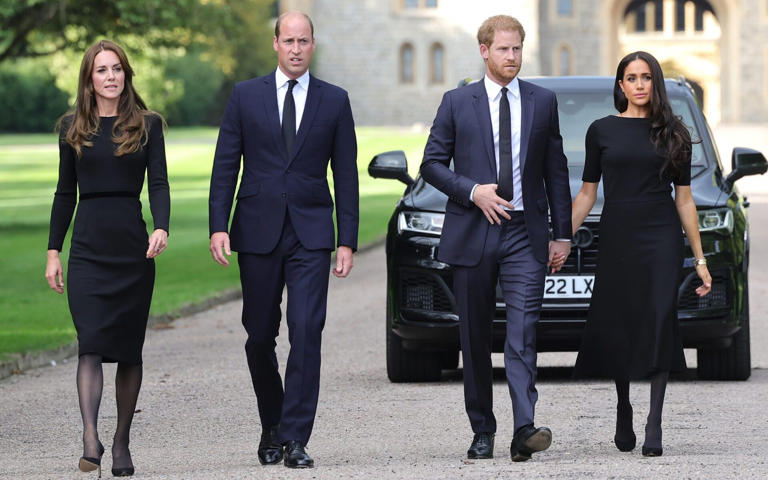 In the end, all it took was several steps up Windsor’s historic Long Walk for the Prince of Wales and the Duke of Sussex to finally put their differences aside.

Accompanied by their wives, the Princess of Wales and the Duchess of Sussex, Saturday’s surprise reunion of the so-called “Fab Four” provided us with one of the most remarkable walkabouts in modern royal history.

They say monarchy packs a soft power punch – but this was a knockout PR blow intended to stop 10-days of national mourning being overshadowed by tales of the on-going rift between the royal brothers. 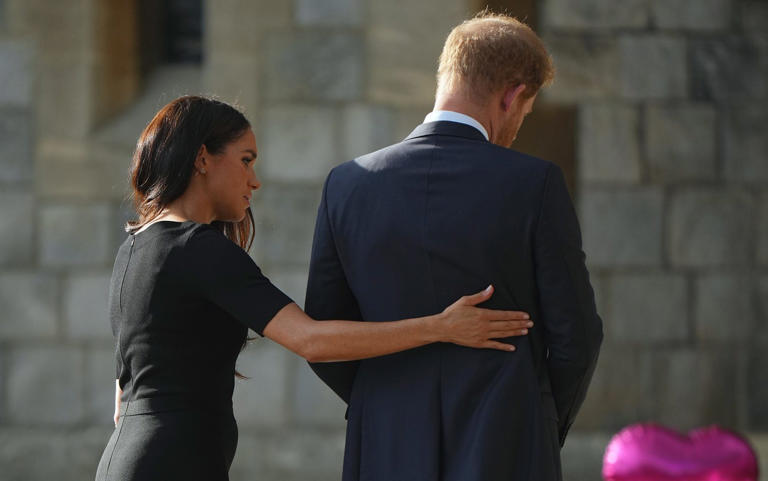 Seemingly mindful of the optics of Harry flying to Balmoral alone, after Meghan had initially been said to be joining him, only to remain at home at the last minute, it was William who took the decision to change the narrative.

As the quartet emerged together from a blacked-out car, driven by the heir to the throne, a source confirmed: “The Prince of Wales invited the Duke and Duchess to join him and the Princess of Wales earlier.

“The Prince of Wales thought it was an important show of unity at an incredibly difficult time for the family.”

And what a show of unity it was- with both couples spending 40 minutes meeting members of the public who had waited hours to see William and Kate, only to end up with a BOGOF deal with Harry and Meghan thrown in for free.

Might William also have been mindful of his father’s poignant King’s speech on Friday, when he described the late Queen as someone with “an unerring ability always to see the best in people?”

Clearly sensing that this was not a time for recrimination but reconciliation, it was as if the 40-year-old father of three was trying to reflect his elevated status as the King’s new “liege man of life and limb”. This was not just a display of older brotherly love – but a statement of his elevation to the House of Windsor’s second-most-senior statesman.

Saturday was supposed to be about the Accession Council ceremony that officially proclaimed Charles III as King.

But in offering an olive branch to Harry – despite all that was said and done on Oprah Winfrey, William created his very own “cometh the hour, cometh the man” moment. 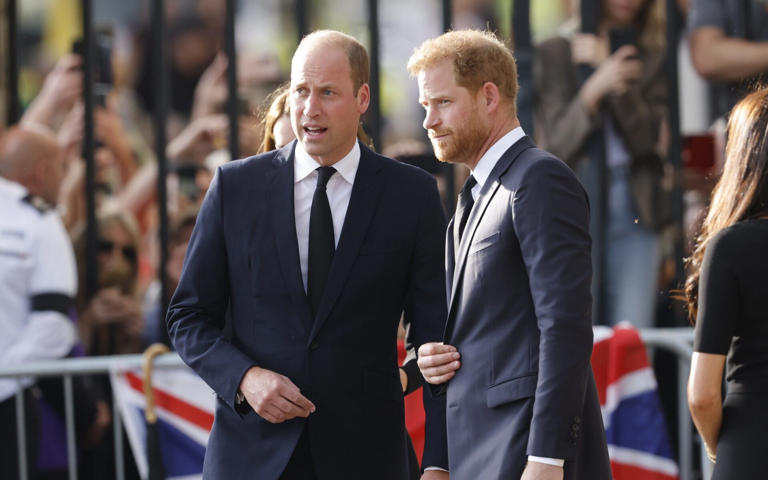 Anyone worried that Queen Elizabeth’s successors might not be able to equal her duty-first approach could breathe a sigh of relief.

As the extraordinary scenes played out in the shadow of Windsor Castle, where both couples now have homes just a stone’s throw apart, observers could be forgiven for wondering whether the band was back together for good – or simply for one night only?

Although they arrived and departed together in a friendly enough manner (oh, to have been a fly on the wall in the back of that Audi), there was not much conversation between the couples, who at times looked a little tense as the TV cameras captured their every move. As ever, their contrasting styles were plain to see as touchy-feely Harry and Meghan held hands, while William and Kate adopted a more businesslike approach; highlighting once again the stark difference between a future king and queen and a couple prone to oversharing on podcasts.

And while the joint appearance will undoubtedly begin a healing process for the once-inseparable siblings, there is no denying that the road to peace is not without its potential potholes.

First, there is the small matter of Harry’s forthcoming tell-all autobiography, due to be published in the coming months without the royals’ prior approval.

Will Harry still stick to the pre-Christmas timetable for the “definitive account” of his “experiences, adventures, losses, and life lessons” to hit the book shelves?

And what are the family to make of Meghan’s thinly veiled threat, in a 6,500 word interview with The Cut earlier this month, that she is free to launch yet more salvos against her in-laws?

Having spoken of her relief at being “able to tell [my] own story”, she warned: “I’ve never had to sign anything that restricts me from talking. I can talk about my whole experience and make a choice not to.”

Sources close to the Sussexes insist that they are keen to follow protocol this week, with the focus remaining firmly on remembering Queen Elizabeth in line with their restrained behaviour during the Platinum Jubilee. 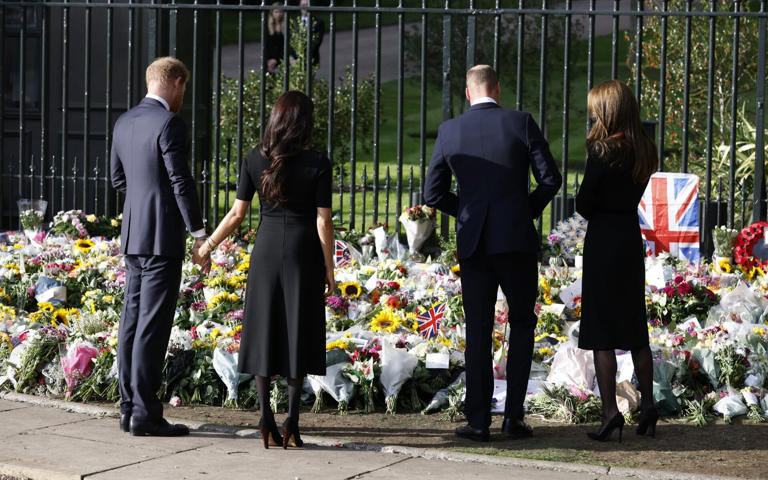 Meghan, 41, has already delayed the next episode of her “Archetypes” Spotify show, as well as cancelled a planned appearance on The Tonight Show Starring Jimmy Fallon, a popular primetime US chat show. The couple are no longer going to attend the UN General Assembly, which is due to open on Tuesday, as planned.

Having decided to remain in the UK until the state funeral a week on Monday, they are currently trying to work out whether Meghan’s mother Doria should fly out with their children Archie, three and one-year-old Lilibet, having already spent more than a week apart.

It is not yet clear whether their children will use the prince and princess titles they are now entitled to.

It is also to be confirmed what precise role the Sussexes will play in the Royal procession that will follow Queen Elizabeth’s coffin on foot at various points over the coming days.

After releasing further details of the funeral arangements on Saturday, palace officials refused to be drawn on which members of the Royal family would play a significant role – and whether a distinction would be drawn between “working” and “non-working” royals as was the case during the four-day Platinum Jubilee weekend in June.

In William’s tribute to his grandmother, he spoke of an “extraordinary leader” whose wisdom and experience had proved a guiding light.

In reaching out to Harry, the future king has demonstrated a determination to live life by Grannie’s magnanimous example.