Liz Truss has made the Cabinet Room her official study – moving out of the so-called “den” chosen by Tony Blair as the prime minister’s office 25 years ago. 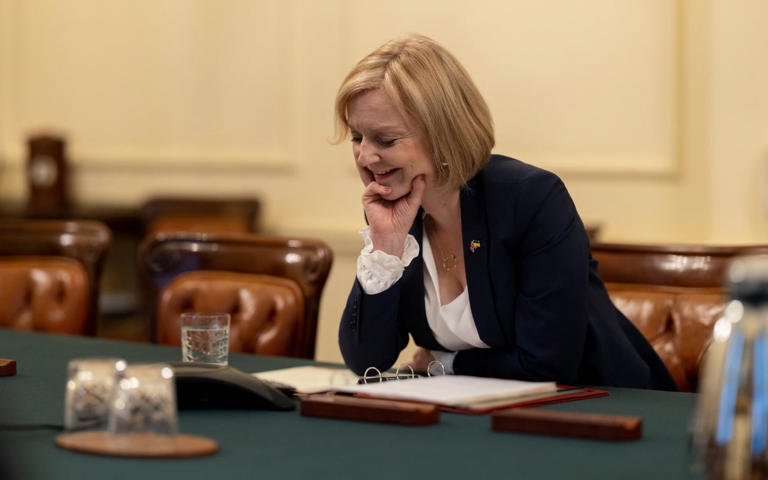 The Telegraph understands that, as part of a reorganisation of No 10 Downing Street, the Prime Minister has chosen to work at the Cabinet table, where she has begun meeting aides and ministers, as well as chairing formal Cabinet meetings.

The move harks back to an approach that began with Sir Robert Walpole, the first prime minister, and was last adopted by Sir John Major.

It comes after Ms Truss warned that No 10 had become “a bit too presidential”, and comes amid a slimming-down of the Downing Street operation. During the Conservative leadership campaign, the then foreign secretary promised a return to Cabinet government, stating: “We do need Cabinet ministers to have both the authority and the responsibility for what they’re delivering.”

Sir Anthony Seldon, a historian, said the shake-up followed a tradition of past prime ministers “alighting on different rooms” in which to base their offices.

“It is and always has been two domestic houses knocked together with corridors to join them, so there is no office,” he said.

No 10 staff will now be based in the so-called “den” – the room adjoining the Cabinet Room which Sir Tony, David Cameron, Theresa May and Boris Johnson all used as their study.

The arrangement was interrupted during Gordon Brown’s premiership when the former chancellor opted to use a large room in No 12 Downing Street as a “war room”, in which he sat surrounded by key advisers and officials.

Ms Truss prepared last week’s energy rescue package from the Cabinet Room on Tuesday and Wednesday, with key officials, aides and ministers. The measures were signed off following a late-night meeting around the Cabinet table on Wednesday. 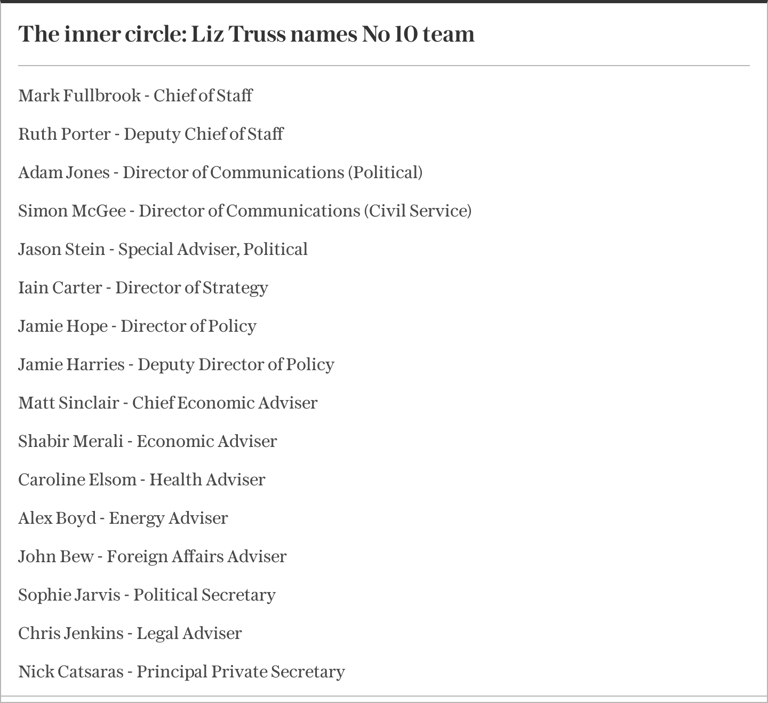 Liz Truss’ No 10 Team© Provided by The Telegraph

Sir Anthony pointed out that by working from the Cabinet Room, Ms Truss will be more accessible to ministers and officials than her predecessors. Unlike the office used by Mr Johnson, the Cabinet Room has direct access to the corridor frequented by her top team.

Unlike the den, the Cabinet Room, which overlooks the No 10 garden, benefits from large windows and plenty of natural light.

Roy Jenkins, the former home secretary, noted how, while Winston Churchill was chancellor, he and Stanley Baldwin saw each other frequently because the prime minister worked from the Cabinet Room and “it became the Chancellor’s habit to interrupt his morning procession to work for a few minutes of Cabinet Room conversation with the Prime Minister. It was a habit which helped to avoid any major personal quarrels between them until after the demise of the Government.”