Charles III has been officially proclaimed King by the Accession Council. 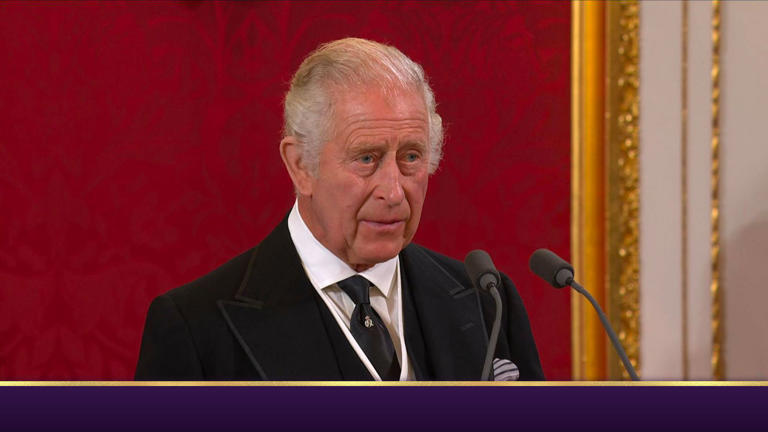 The principal proclamation took place on the balcony at St James’s Palace as trumpets blared, guns were fired from the Tower of London, and the centuries-old ceremony was televised for the first time.

It was followed by a rendition of God Save the King and “three cheers for the King”.

An hour later a second proclamation was read aloud at the Royal Exhchange in the City of London as thousands gathered to watch. 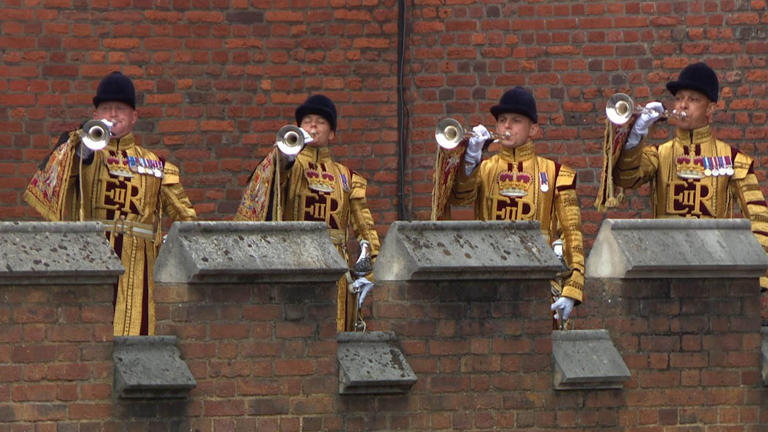 The ceremony, which dates back to Saxon times, saw the King pay tribute to his “beloved” mother and to follow her “inspiring” example for “what remains to me of his life”. 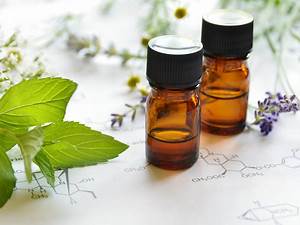 “I know how deeply you and the entire nation, and I think I may say the whole world, sympathise with me in this irreparable loss we have all suffered,” he said.

Split into two parts, the first saw the Lord President of the Council, Leader of the House of Commons Penny Mordaunt MP, pronounce the death of the Queen in the picture gallery as past and present politicians and religious leaders listened.

“It is my sad duty to inform you that her most gracious Majesty, Queen Elizabeth II, passed away on Thursday 8 Septemnber 2022 at Balmoral Castle,” she said.

The Clerk of the Council then read the Accession Proclamation, which declared King Charles the new monarch, Head of the Commonwealth, and Defender of the Faith (head of the Church of England). 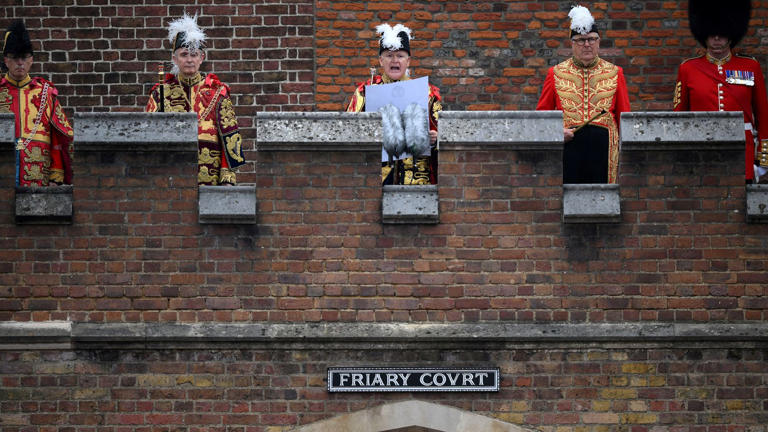 Declaring Charles III King, he said: “We now hereby with one voice and consent of tongue and heart, publish and proclaim that the Prince Charles Philip Arthur George, is now, by the death of our late Sovereign of happy memory, become our only lawful and rightful liege lord, Charles III, by the grace of God, of the United Kingdom and Northern Ireland, and of his other realms and territories, King, head of the Commonwealth, defender of the faith, to whom we do acknowledge all faith and obedience with humble affection, beseeching God, by whom kings and queens do reign, to bless His Majesty with long and happy years to reign over us.” 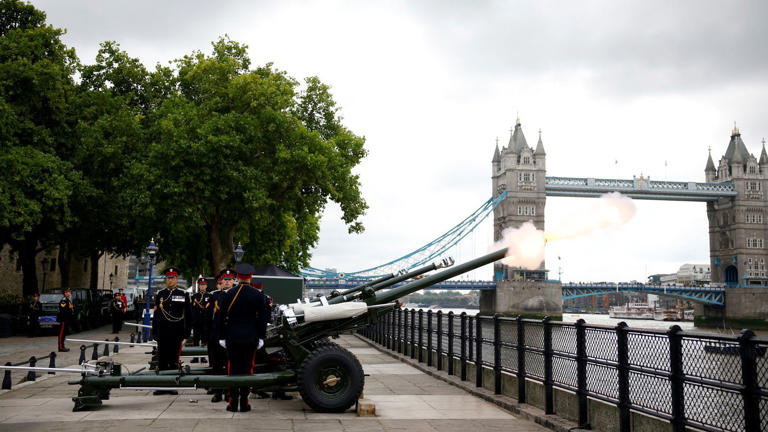 The Privy Counsellors then moved to the throne room where the King arrived for the second part, which was effectively the first meeting of the Privy Council under his reign, and saw him make a personal declaration, followed by a Scottish Oath.

This dates back to a time when Catholic Europe was seen as an existential threat to Britain and promises to protect the security of the Church of Scotland, because, unlike in England, church and state are separate there.

Lord President of the Council, Ms Mordaunt, announced that the Queen’s funeral will be a bank holiday, the date of which will be confirmed later. 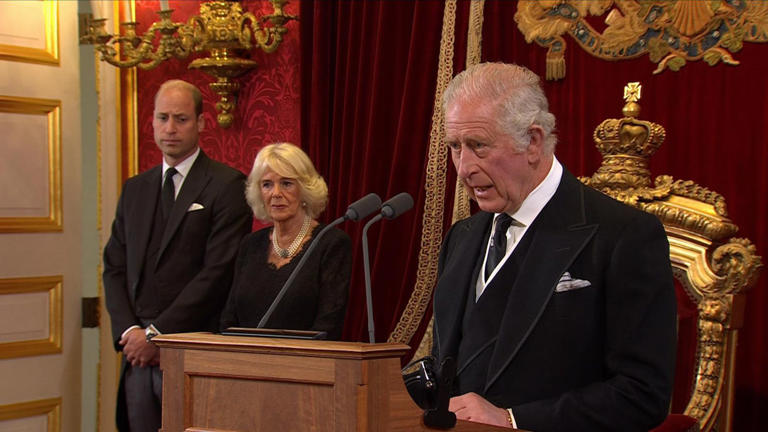 Standing before the throne, the King said it was his “sorrowest duty” to announce the death of his “beloved mother, the Queen”.

Paying tribute to her, he added: “My mother’s reign was unequalled in its duration, dedication and devotion.

“Even as we grieve we give thanks for this most faithful life.”

Acknowledging his “great inheritance” and “heavy responsibilites” of being passed the monarchy, he said: “I shall strive to follow the inspiring example I have been set in upholding constitutional government and to seek the peace, harmony and prosperity of the peoples of these Islands and of the Commonwealth Realms and Territories throughout the world.”

The proclamation was then signed, before trumpeters from the Life Guards and drummers from the Coldstream Guards played and it was read aloud on the balcony above Friary Court – officially proclaiming Charles III King.

Read more on the King:

What we learned from the King’s first speech 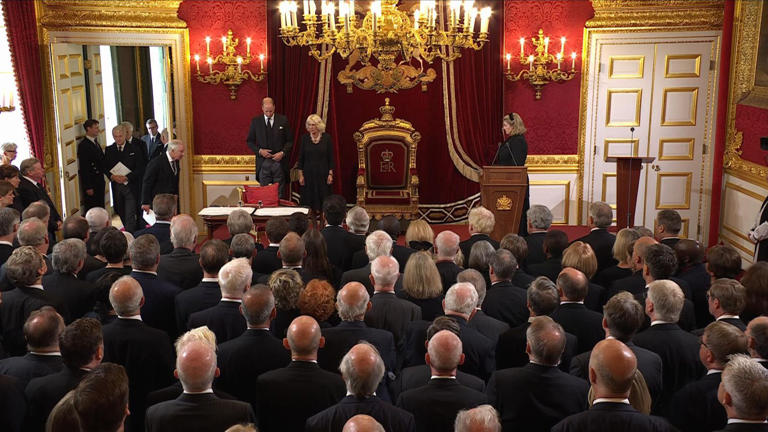 It will also be read out in Edinburgh, Cardiff, Belfast and other locations across the Commonwealth at midday on Sunday.

The Accession Council is different to the coronation, which may not be held for some time.

Queen Elizabeth was proclaimed sovereign on her return to London from abroad in February 1952, but was not crowned until June the following year. 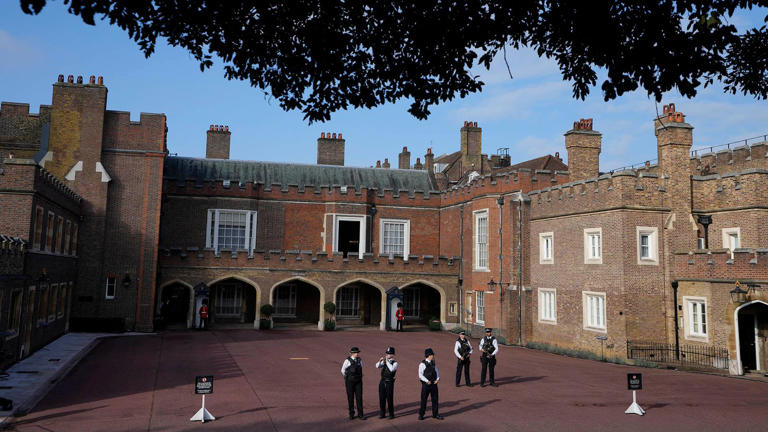 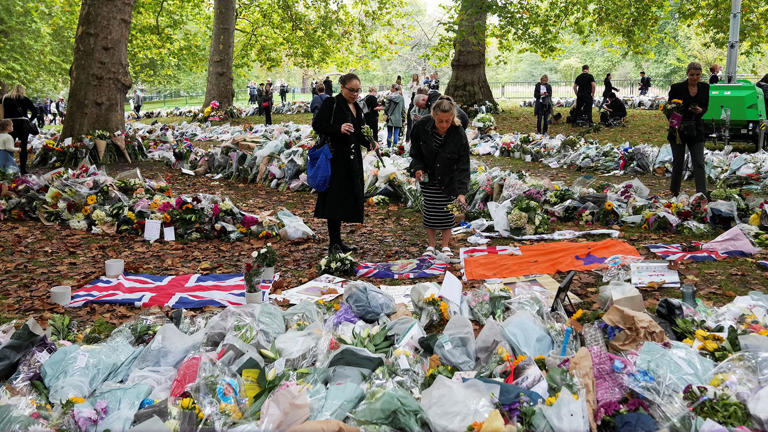 Bouquets in the park near Buckingham Palace© Reuters 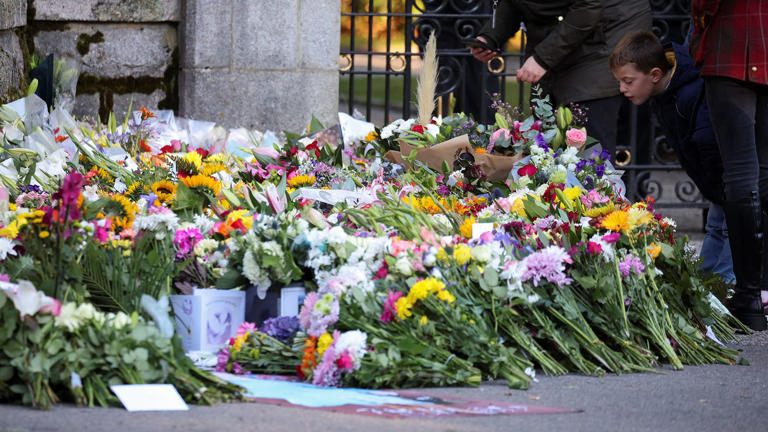 Flowers for the Queen outside Balmoral© Reuters 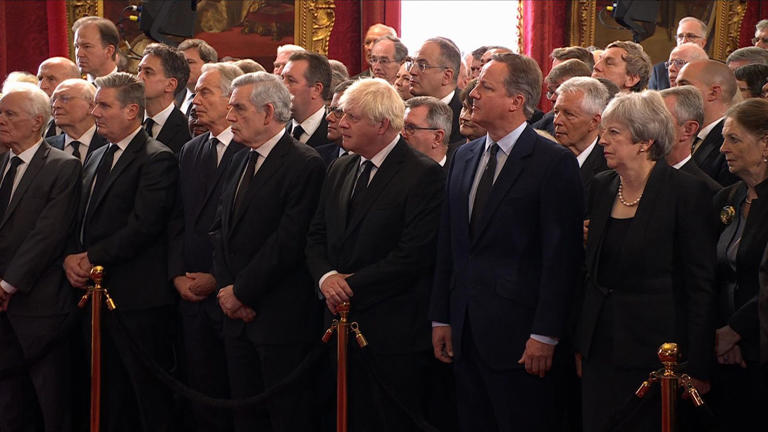 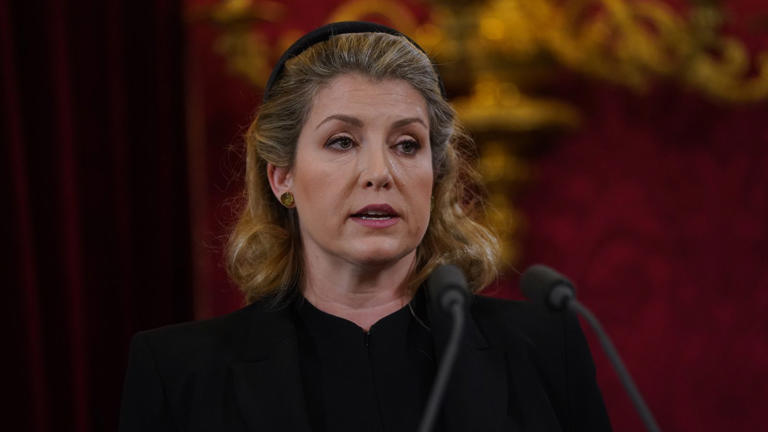 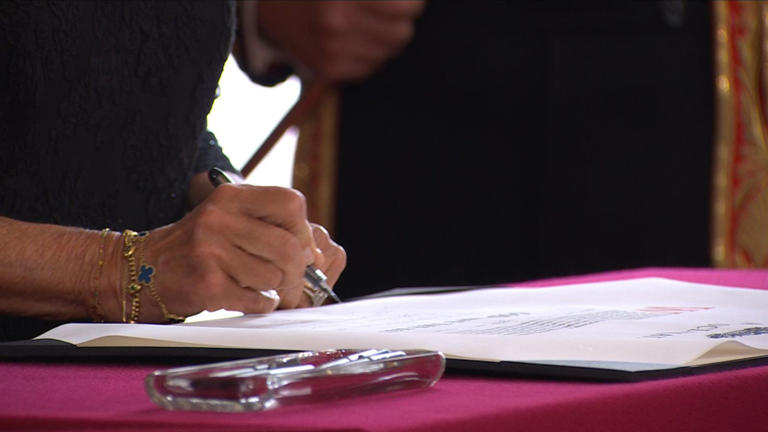 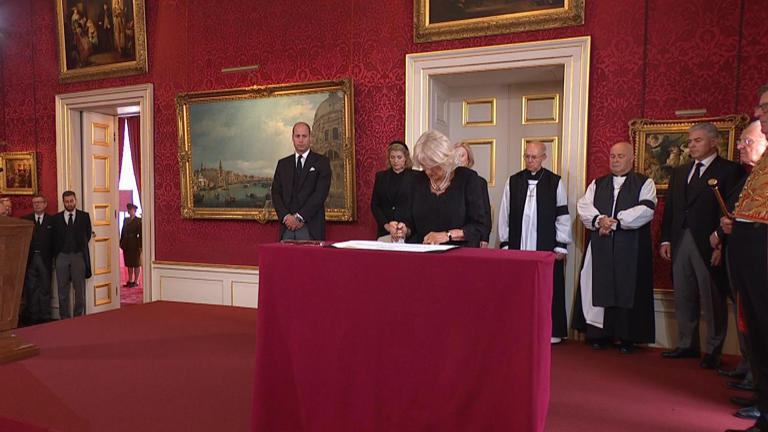 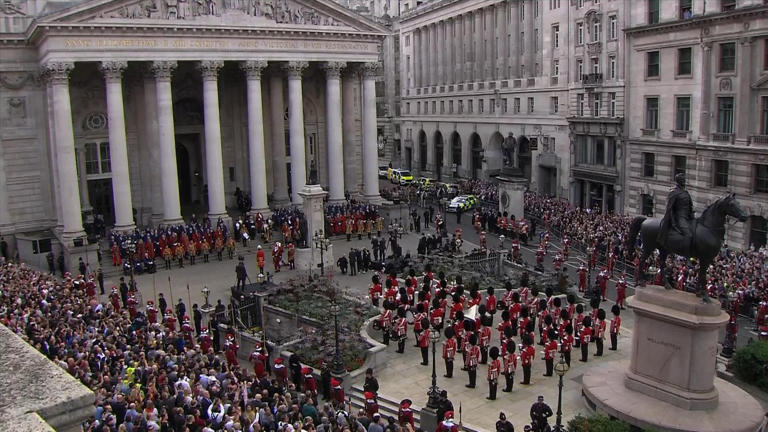