The Biden administration has sent Liz Truss a message on her second day in office warning against “efforts to undo the Northern Ireland protocol”. 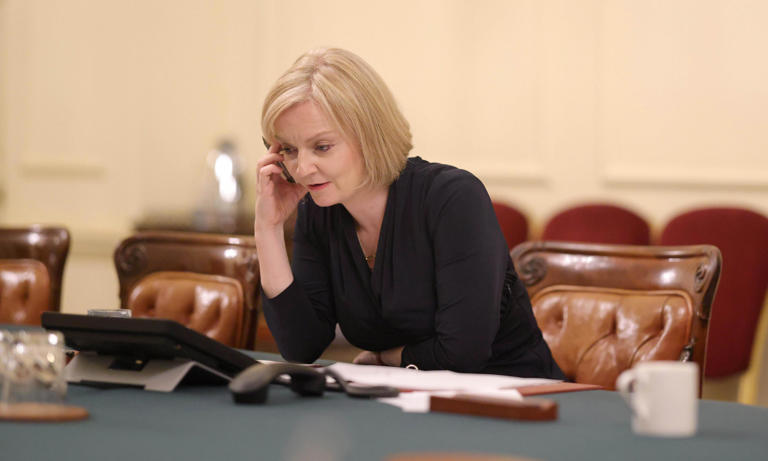 Liz Truss during her first call to Joe Biden, after which the White House warned the British PM against legislation negating parts of Northern Ireland protocol.© No10 Downing Street

The warning came from the lectern in the White House briefing room, where spokesperson Karine Jean-Pierre was asked about new British prime minister Truss’s first phone call with Joe Biden and whether a US-UK trade deal was discussed.

Northern Ireland was not mentioned in the question, but Jean-Pierre brought it up anyway.

“Not conducive to a trade deal” is the administration’s established position on British threats, spearheaded by Truss, to pass legislation negating part of the Northern Ireland protocol.

The protocol is the UK’s deal with the EU on how to square Brexit with an open border between the two Irelands established by the 1998 Good Friday peace agreement. The US helped broker that agreement and there is adamant bipartisan opposition to any move that might jeopardise it.

Truss’s determined support for Ukraine’s defence is welcomed in Washington, but her position on the protocol is seen as the major irritation in bilateral relations.

Related: Brexit, Northern Ireland and the SNP: conundrums on next PM’s plate

The White House was taken by surprise by Truss’s announcement in May, when she was foreign secretary, that the government would proceed with legislation that would rewrite parts of the protocol, in a manner widely considered to be a breach of international law. Boris Johnson had assured the Biden team that no decision had been taken.

The legislation is winding its way through parliament and the US has warned the government not to put it to a vote or risk rupture with both the US and EU.

The tension was evident in pointed differences between the official accounts of the Truss-Biden phone call. The Downing Street version said they had “agreed on the importance of protecting the Belfast (Good Friday) agreement”.

The White House readout said they “discussed their shared commitment to protecting the gains of the Belfast/Good Friday agreement and the importance of reaching a negotiated agreement with the European Union on the Northern Ireland protocol”.

Addressing parliament on Wednesday, Truss said: “My preference is for a negotiated solution, but it does have to deliver all of the things we set out in the Northern Ireland protocol bill, and what we cannot allow is for this situation to drift.”

US officials welcomed her stated preference for talks, and the message delivered from the White House on Wednesday was intended to deter her from giving up on them, warning the tenor of the relationship could be at stake.

Asked if Biden and Truss would meet at the UN general assembly later this month, Jean-Pierre said: “We don’t have a meeting or anything like that to read out at this time.”