ABILD journalist has claimed the Liverpool stint of Jurgen Klopp “goes against all the laws of football” while hinting at what role Pep Guardiola could play in his future. 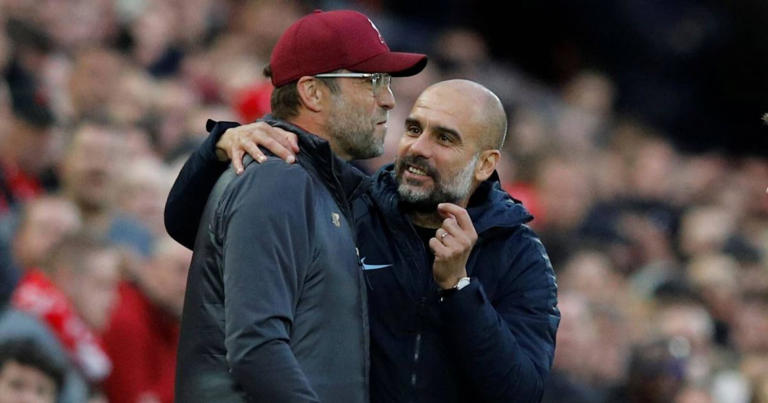 Klopp versus Guardiola has been the managers’ duel that has encapsulated the Premier League in recent times. The Liverpool and Man City bosses have earned rave reviews from all quarters for setting a new standard in England.

Indeed, the four highest points tallies accrued in the EPL era came from City and Liverpool over the past five seasons.

Klopp penned a new two-year extension earlier this year that will keep him at Anfield until 2026.

Over at the Etihad, Guardiola’s contract expires after the current campaign, though the Manchester Evening News were among those to report he is happy where he is and will likely pen an extension when the time is right.

Fans of both clubs will be hoping their managers stay well into the future. But according to Swiss journalist Marcel Reif, Klopp’s already seven-year stint at Anfield beggars belief.

The BILD reporter went on to claim he thinks Klopp and Guardiola’s futures at their respective clubs might be linked. In his view, neither will want to walk away from the biggest challenge of their careers and if one extends his stay, the other will quickly follow suit.

“That (Klopp’s seven years) goes against all the laws of football,” Reif told Solothurner Zeitung.

“But Guardiola does it exactly the same way. I have the impression that the two are fatefully linked. According to the motto: If you extend, I’ll extend too.”

The departure of Sadio Mane has been theorised as one reason why the Reds are struggling this season.

Mane had entered the final year of his deal and it always appeared unlikely Liverpool would break the bank over extensions for both he and Mohamed Salah.

Salah penned a two-year extension keeping him at the club until 2025 during the summer. Mane, meanwhile, was sold to Bayern Munich for around £35m.

Reif weighed in on the departure, claiming Mane would not have been sold if he had only been at Liverpool for three years.

In Reif’s eyes, Klopp needed to freshen up his ranks for fear of having too many players growing too comfortable at the same time.

“Of course, Klopp wears himself out, that’s why he changes players,” he added.

“Sadio Mane, for example, he would never have let go if he had only been at Liverpool for three years. Klopp has understood that he has to change the team.

“Otherwise, there are too many players who say ‘I can’t listen to what the coach says anymore’.”