Allies of Penny Mordaunt are urging Liz Truss to appoint her former leadership rival as deputy prime minister, it can be revealed. 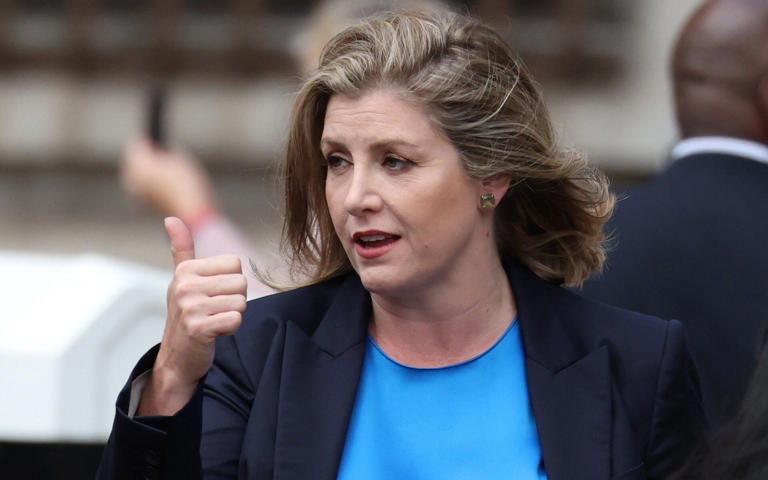 Senior Conservative figures say the move would be “popular” with members and MPs and could help bring the fractured party back together.

Many of the biggest jobs are understood to have been decided, with none of the four great offices of state set to be occupied by a white male.

In the most diverse top team ever, Kwasi Kwarteng is expected to become Chancellor with James Cleverly earmarked for foreign secretary. Suella Braverman is set to be home secretary.

However some roles are still under discussion.

Therese Coffey, a close personal friend of the Foreign Secretary, is tipped to become deputy prime minister alongside becoming the new health secretary.

However, allies of Ms Mordaunt are pushing for her to be promoted to the role.

One senior Tory figure who is set to be in Ms Truss’s first Cabinet told The Telegraph: “It’s the sort of title you can use as a political title. Bringing Penny in would be popular with the members and the party.”

During the leadership race, Ms Mordaunt was in the top two for all but the very final round of voting amongst Tory MPs and consistently polled highly amongst party members.

Recommended video: Mordaunt: Truss has ‘given us a flavour’ of her style

She has so far been linked to posts including a beefed up armed forces minister, with a seat in the Cabinet, and party chairman.

But allies say they have been “extremely surprised” not to see her linked to more senior positions.

Ms Truss is expected to hand other former leadership rivals Cabinet roles. Nadhim Zahawi, who is currently at the Treasury, will take charge of the Cabinet Office as the Chancellor of the Duchy of Lancaster.

However, there were question marks on Monday night over positions including Northern Ireland secretary and transport secretary.

But MPs who supported Mr Sunak, who is not expected to have a role in the new Cabinet, are already expressing concern that she appears to be giving all the top jobs to her own loyalists.

“It’s all very well Liz standing up there saying I want to use the talent from all the party,” said one minister who backed the former chancellor’s campaign.

“At the moment she seems to think the talent only comes from those who supported her.

“She’s very weak in her parliamentary support and to so brazenly ignore the supporters of her rival, she’s already got enough problems.”