By Ronald Kabuubi
Tuesday, 6 September 2022, 16:58
0
45
Share
Facebook
Twitter
Pinterest
WhatsApp
Telegram
67 Views
Members of Parliament on Tuesday ordered the tourism ministry and that of ethics and integrity to stop the Nyege Nyege Festival from being held this year, saying it promotes immorality. 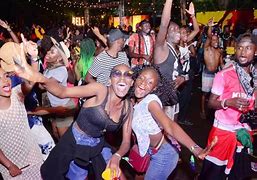 Speaker of Parliament Anita Among asked fellow lawmakers whether the country has decided to “promote tourism at the expense of our children,” according to NTV Uganda.

Among said: “We are not going to allow this function to take” place.

The annual festival, which has not been held since 2019, due to Covid-19, is slated for September 15-18 at Itanda Falls in Jinja.

The festival, which is organised by Talent Africa, and a number of other partners — is one of the highly-anticipated events on the calendars of people active in the Ugandan partying scene.

Woman MP Karenga District Rose Lilly Akello said: “It is an event which promotes immorality, and this immorality is something which is not wanted in our country…. They do a lot of immoral activities there .”

“In the last Nyege Nyege, we all saw what happened; people having sex in the open, drinking themselves silly and people have been told this event will go on both day and night,” Opendi said.

“It is going to attract all kinds of people from the world who are going to bring non-African acts…While it is ok to enjoy, we have another bigger challenge, we are having our young children being recruited into the LGBTI community.”

The event comes with a wide-ranging experience because of different stages and offers an opportunity to mix with people from across the globe.

This is not the first time the government has tried to block the event from happening.

In 2018, then ethics minister Simon Lokodo blocked the event, but he later yielded, saying someone above him had okayed the event to happen.

The event, which draws thousands of people, is sponsored by most of the biggest companies in the country and offers multiple business opportunities because it runs for four days and it is a high-end event.

When Lokodo tried to cancel it, he said there is a lot of nudity and sexuality that happens at the event, saying even the name when translated to English means “sex sex”.