Brazilian legend Kaka visited Manchester United‘s training ground on Monday after taking in their win over Arsenal at Old Trafford.

The former AC Milan and Real Madrid midfielder was at Carrington as part of his studies towards the UEFA Masters for International Players qualification.

Kaka, who was accompanied by his former international team-mate Julio Cesar, posed for Instagram pictures with Cristiano Ronaldo, Antony and Arsenal’s Brazilian contingent after United’s 3-1 win. 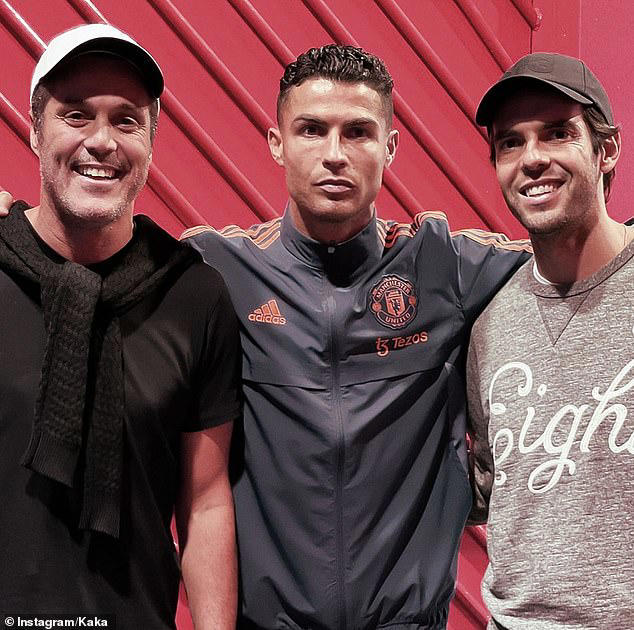 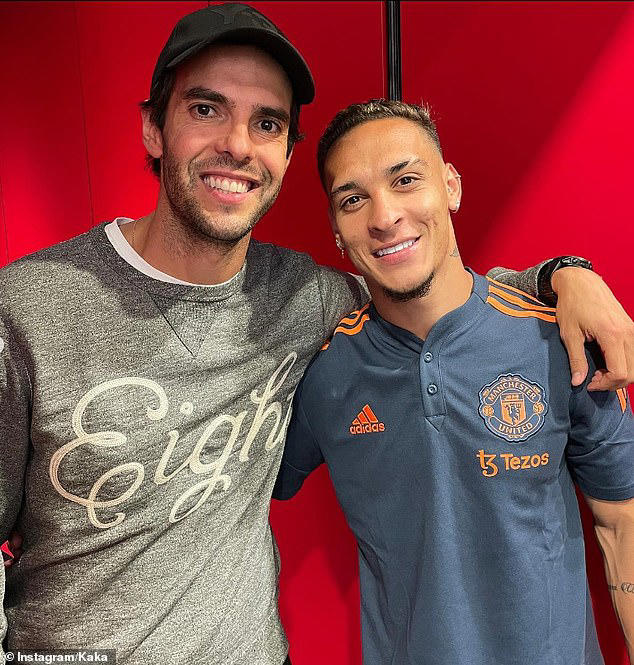 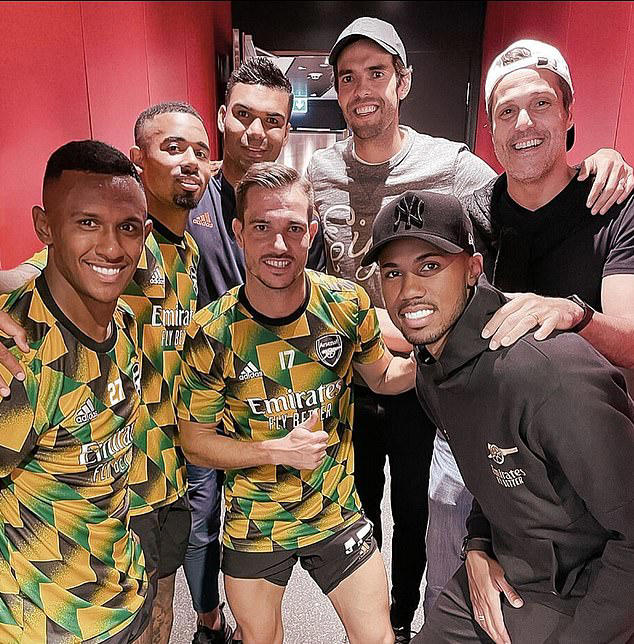 The course is designed to give former players the skills to make the transition to another career within football.

It entails seven week-long sessions held in major European cities and one final session held outside of Europe.

Each session looks at a different aspect of football administration and governance and students not already connected to a club can be requested to fulfil a three-month work placement role.

Kaka and Cesar were both selected to be part of that and seized their opportunity to study at United.

It was a good opportunity for them to catch up with Ronaldo, as well as Brazilians Fred and Casemiro at United plus Arsenal’s Gabriel Jesus, Gabriel Magalhaes and Marquinhos. 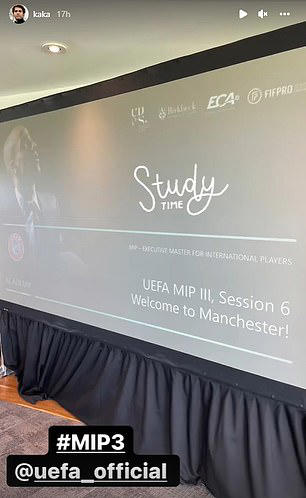 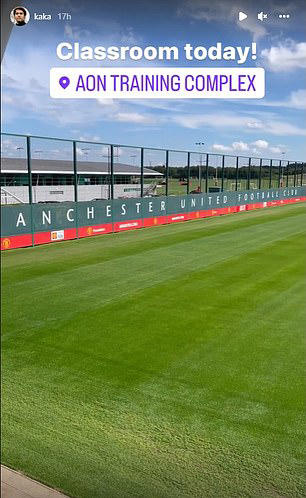 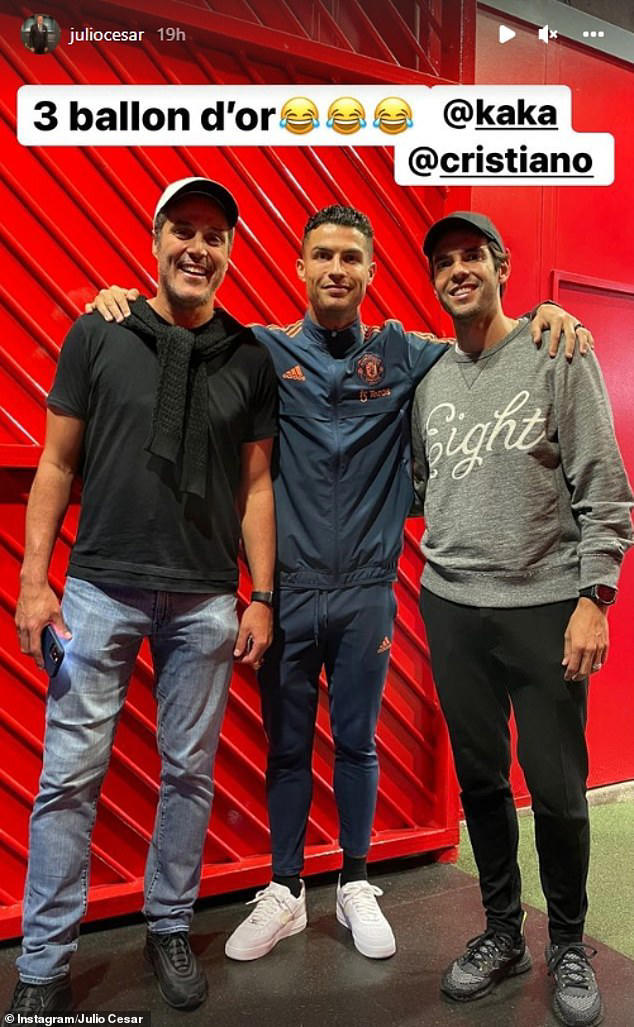 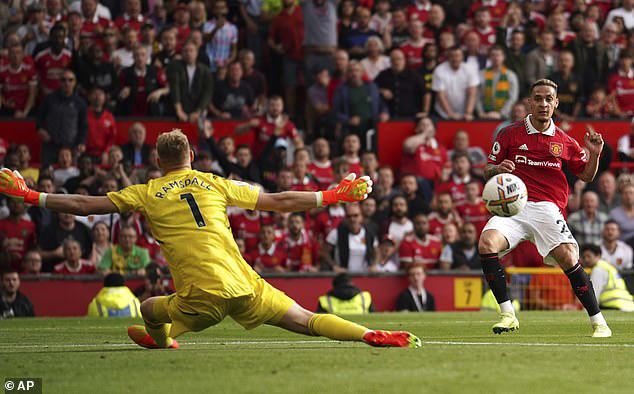 Other graduates of the UEFA course include Kolo Toure, Gaizka Mendieta and Luis Garcia.

Kaka and Cesar witnessed Antony, signed for £85million from Ajax in the final days of the summer transfer window, score on his United debut.

Kaka scored twice for Milan at Old Trafford in the 2007 Champions League semi-final, first leg and the Italian club would go on to beat Liverpool in the final. 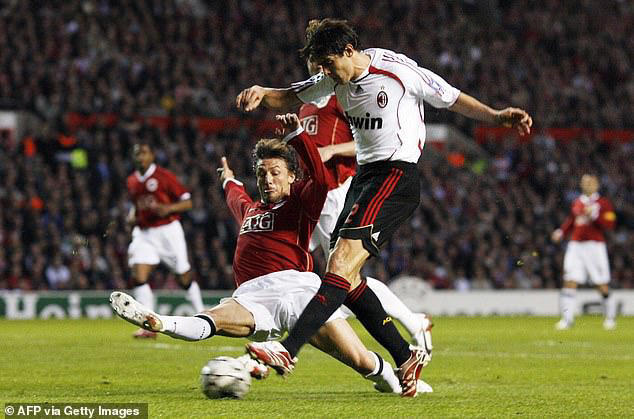