Sky News:Follow View Profile New PM will be ‘at the centre of the storm’ with nobody more senior to consult

On a prime minister’s first day in office, they are taken into a top secret meeting and asked to make a plan in case of nuclear attack. 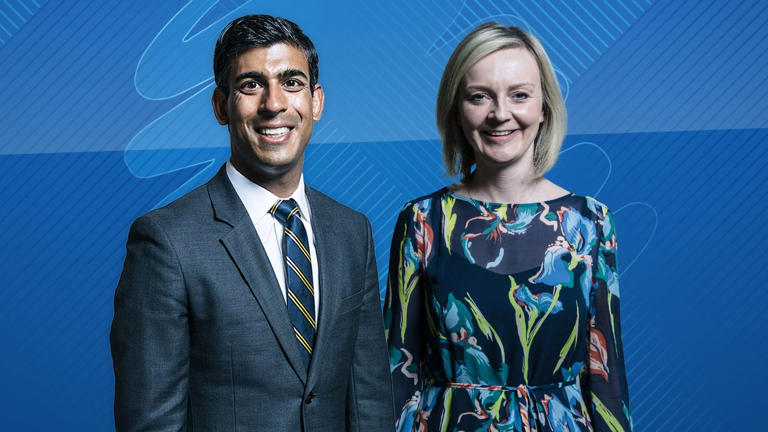 Kate Fall, David Cameron’s ‘gatekeeper’ and deputy chief of staff, remembers that moment because she was firmly ushered out of the PM’s den: “I was told categorically: ‘No. This next meeting – no one else is allowed.'”

A senior military official explains the capabilities of the UK’s trident nuclear missiles. The new PM is then asked to hand-write ‘letters of last resort’ to the commanders of the UK’s four Vanguard submarines, with orders of how to respond if the British government has been incapacitated by an enemy nuclear strike.

Who will be the next PM? Watch and follow live from 12.30pm on Monday as Boris Johnson’s successor is announced.

Suddenly, a politician who could always defer upwards has no one more senior to consult.

“You are at the centre of the storm”, says Kate Fall of the incomparable pressure of the job. “It’s the intensity, the expectation… You’ve got people coming in all the time saying: ‘Here’s a folder. You need to look at this right now and make a decision’.”

Aside from delivering the big speech outside Number 10 (thank the predecessor, set out priorities, attempt to inspire voters), the new PM must immediately appoint a cabinet.

“It’s been a surprisingly divisive and unpleasant leadership election”, argues Gavin Barwell, who was Theresa May’s chief of staff. “And I think it’s very important for whoever is prime minister that they get the most talented people into their government and try to unite the party.

“Of course, you have to reward some of your supporters, but when you win you’ve got to be a bit ruthless and think: I’m PM now and ultimately I’m going to stand or fall on the quality of a government that I put in place.”

Liz Truss is understood to be keen to establish herself on the world stage early on with an intervention on the UK’s approach to Russia and China. She is also expected to travel to Kyiv to meet President Volodymyr Zelenskyy.

However, it is the domestic impact of the war in Ukraine that will be the prime minister’s biggest challenge.

“We talk about political honeymoons, but this is an economic nightmare facing the new prime minister”, says Daniel Tomlinson from the Resolution Foundation.

“Inflation is already at double-digits. Pay is already falling at its fastest pace since the 1970s, and things are set to get worse before they get better. Energy bills are on track to top £500 a month at the start of 2023.”

Liz Truss has said she will announce her plan to help people with their energy bills within a week of taking office. An emergency budget is expected within the first month.

Read More: Who is proposing what to tackle soaring energy bills

The new PM also faces an autumn of strikes, growing calls to deal with the NHS waiting times crisis, and a predecessor problem: “Boris is going to be difficult for whoever wins”, says Mr Barwell.

“Firstly, if it begins to go badly there’s going to be a sort of chorus of bring back Boris. Secondly, we’ve already seen his supporters pushing for the privileges committee investigation into whether he was guilty of a contempt of parliament to be canned.

“And third, I suspect he’s going to go back to writing a newspaper column. And I can tell you from my own experience when I was chief of staff that those columns are always newsworthy.”

Liz Truss or Rishi Sunak will enter office with the most concerning economic inheritance since Margaret Thatcher’s. If they lose the next general election they will go down in history as the shortest serving PM for almost sixty years. It is an unenviable in-tray.