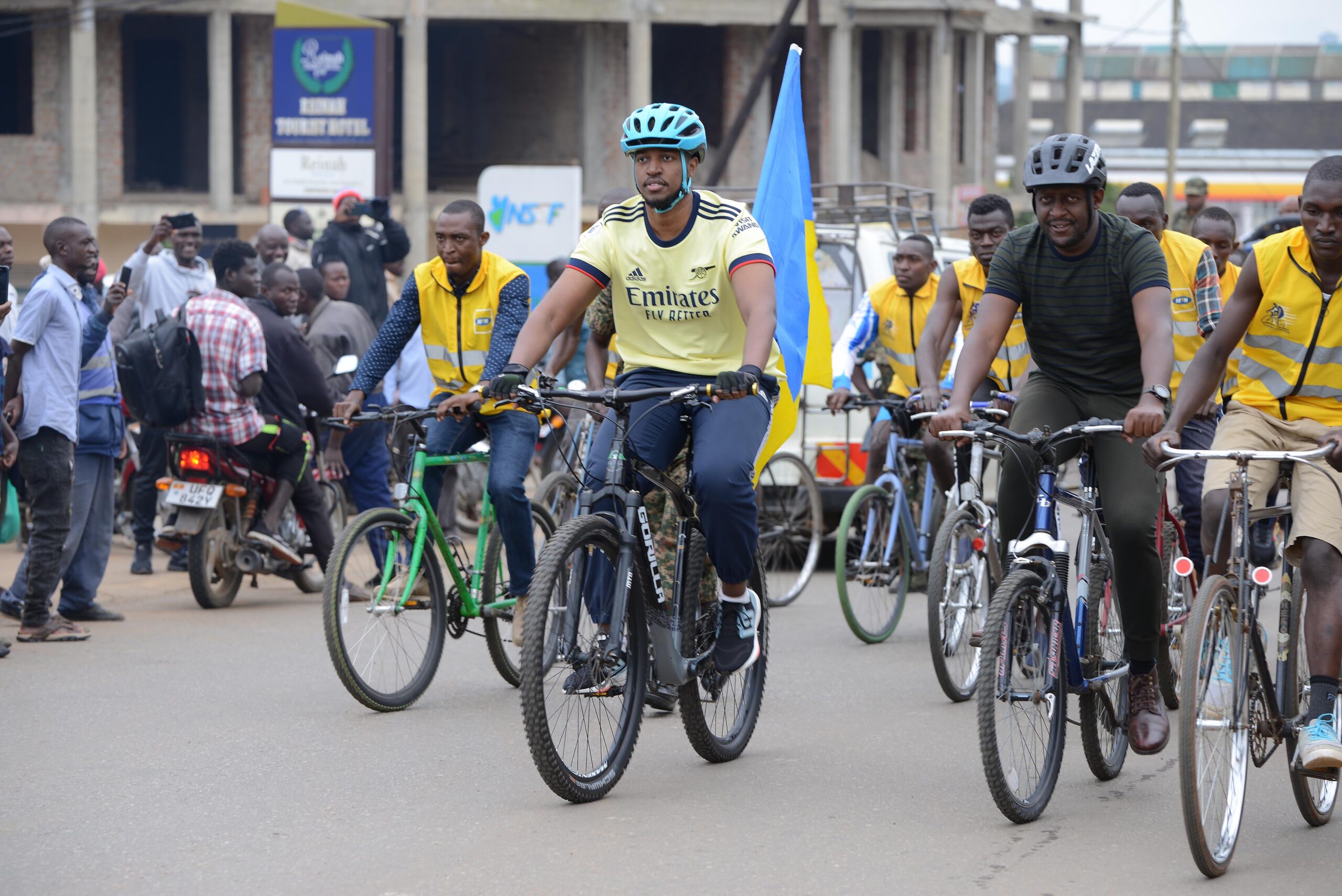 Monday 5th September 2022- Fort Portal, Western Uganda: The MTN-sponsored Tooro Kingdom bicycle race competition dubbed “Obugaali Bwa Masaza” were concluded yesterday in the Western District of Fort portal. The finale was flagged off by His Royal Highness King Oyo Nyimba Kabamba Iguru Rukidi IV, by riding a section of the route together with the other race participants.

Stephen Kiyingi, the Tooro Premier lauded King Oyo for fully supporting co-curricular activities in the Kingdom, and the rest of the community for participating in the event. He pledged full support for such kind of activities always.

These inter-county bicycle racing competitions were launched two months ago as a precursor to the 27th coronation anniversary of the Omukama of Tooro. The MTN-sponsored Obugaali Bwa Masaza competition has traversed all the 9 counties of the Kingdom with the supreme goal of fostering unity and cultural pride among the people of Tooro.

According to Micheal Wandera, the Tooro Kingdom sports minister, a total of 90 riders from the 9 counties in the Kingdom of Tooro, actively participated in the 20 and 25 Kilometre races from Karuziika to Kihondo and back to Buhinga stadium.

Each of the 9 counties (Masaza) was represented by their top 10 cyclists; 5 of whom rode ordinary bicycles while the other 5 rode sports bicycles. The ordinary bicycle category comprising 45 cyclists was flagged off from the Karuziika Tooro Royal palace for a 20-kilometer race that ended at the Buhinga Stadium while the remaining 45 sports bike cyclists were flagged off at Kisenyi in Fort Portal town for a 25-kilometer race that similarly ended at the Buhinga stadium where the winners were recognized and rewarded in an event attended by thousands of people including MTN officials.

Under the ordinary (manual) bicycle race category, Kyaka county secured the first three positions in the ordinary bicycle race category, a victory that saw the riders walk away with assorted cash prizes starting from Ush.2,000,000/-, Kibale County held the 4th position while Burahya FC held the fifth position. They too walked away with cash prizes courtesy of MTN Uganda.

Under the Sport Bikes, Kyaka County still secured the first and third positions while Fort Portal County took the second, fourth and fifth positions. Each of the winners walked away with a cash prize. 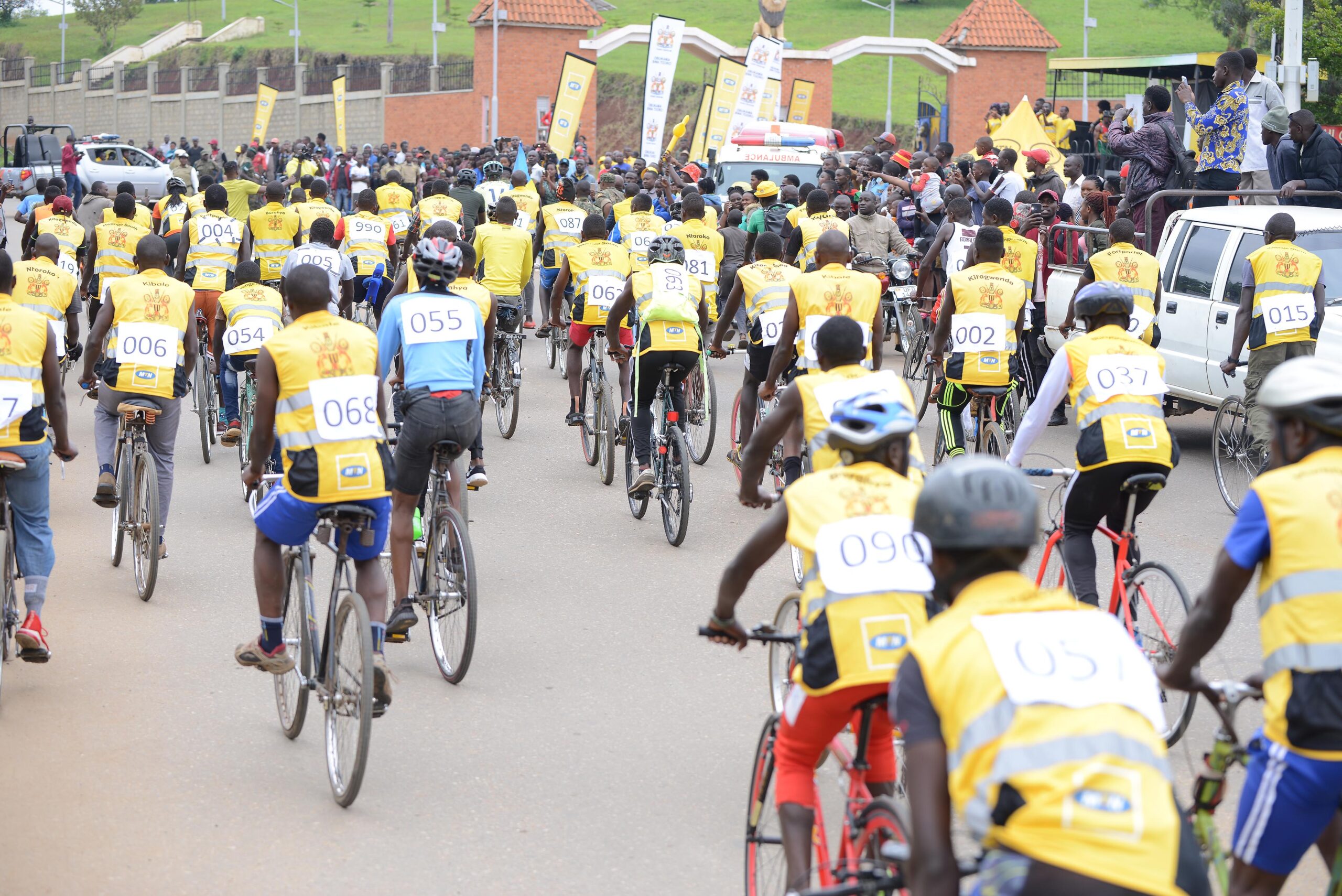 Speaking at the event, Godfrey Muhindo, the Chief Commercial Officer – MTN Mobile Money Uganda Limited, thanked the Omukama of Tooro for the great partnership that exists between MTN Uganda and the Kingdom.

“As MTN, we are strongly grounded in the belief that we are good together. We only succeed if the communities in which we operate succeed. Being a partner in development also means that we must work together to harness the social-economic opportunities in our communities,” Muhindo said.

Muhindo concluded by thanking the people of Tooro for embracing the races and for using the competition as an opportunity to network and pride in the heritage of the Kingdom.

The bicycle race, which is also the first of its kind in the Kingdom, has been concluded successfully without any disruptions and accident cases.

Below are the 2022 MTN & Kingdom of Tooro Obugaali Bwa Masaza race winners.