The Telegraph:Follow View Profile Liz Truss could set out energy plans to ministers on day one in Downing Street 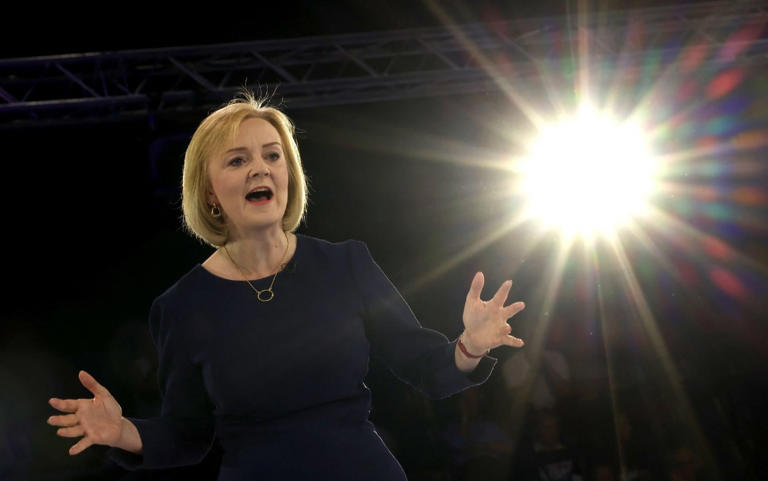 Liz Truss is considering setting out her plans to tackle the energy crisis to ministers within 24 hours of taking office.

The Telegraph understands that plans are in place for Ms Truss – who is expected to win the Tory leadership race – to hold her first Cabinet meeting on Wednesday morning. Allies believe she will use it to lay out her priorities for tackling mounting bills.

It comes as Russia announced that it was delaying the resumption of its Nord Stream 1 gas line, provoking fresh concerns about energy prices.

The Foreign Secretary has already pledged to deliver a financial statement within two weeks of taking office, but pressure is building for her to unveil help sooner.

Voting in the Tory leadership race closed at 5pm on Friday, with Ms Truss expected to defeat Rishi Sunak, her rival, and be announced as the next prime minister.

She has spent the past week drawing up plans to deal with the energy crisis, which are expected to include a possible VAT cut and an end to the moratorium on fracking.

Priorities in the first few days are also expected to include reversing the rise in National Insurance to put more money into families’ pockets.

One ally said it was likely that Ms Truss’s first Cabinet would take place on Wednesday morning, and that plans to deal with the energy crisis would be discussed.

“Liz will be well prepared, as the Civil Service has devoted a lot of time over the summer to an orderly transition so that she will be able to take over immediately if she wins,” the ally said.

“The transition planning has been very good – better than it was before Boris Johnson took over.”

However, the Foreign Secretary’s allies are keen to stress that she has not yet won the Tory leadership contest. The victor will be announced by Sir Graham Brady at 12.30pm on Monday, with the candidates finding out only 10 minutes beforehand.

The new Conservative leader will take office a day later at an audience with the Queen at Balmoral. After returning to Downing Street at around 4pm, they will spend the afternoon and evening assembling their Cabinet.

It is understood Ms Truss is also planning to appoint a deputy prime minister. Dominic Raab is in that role at present, but is not expected to remain a member of the Cabinet.

On Friday, Nadhim Zahawi, who is tipped for a role in Ms Truss’s Cabinet, said she would have to overcome Treasury bureaucrats to drive through economic reforms and tackle the cost of living crisis.

Speaking at an event held by the Policy Exchange think tank, he said: “Far too much of what happens is we make a decision and then there’s a bunch of hurdles put in the way for delivery.

“When we make a decision at Cabinet, I think the role of the Treasury should be the enabler, [it] should lean in and drive the policy.”

On Friday night, Ms Truss pledged that she would “never let anyone talk us down” if she was elected as the next prime minister, and would “do everything in my power to make sure our great nation succeeds”.

She said: “I believe in a brighter and better future for Britain. I have a bold plan that will grow our economy and deliver higher wages, more security for families and world-class public services.

“I’ll do this by cutting taxes, pushing through supply-side reform and slashing red tape that is holding businesses back.”

However, a poll released on Friday made grim reading for Ms Truss, with only 12 per cent of the public expecting that she would make a good or great prime minister and 52 per cent expecting her to be poor or terrible.

YouGov also found in a separate survey that almost three quarters of the public (74 per cent) put the rise in the cost of living as the top problem they think the new prime minister should be focusing on.

The economy ranks as the second-placed priority, with almost half (47 per cent) putting this in their top three, ahead of third-placed climate change and fourth-placed health.

On Friday night Mr Sunak, the former chancellor, also issued a statement to mark the end of voting, saying: “I have been humbled to meet so many thousands of our brilliant members and activists over the past six weeks.

“We’ve had important debates about the challenges ahead, but I fully believe that we can come together, get through those challenges and build a brighter, better future for our country.”