Jadon Sancho’s smooth finish from Marcus Rashford’s pass after 23 minutes maintained United’s recent revival and allowed them to build on victories at home to Liverpool and away to Southampton. 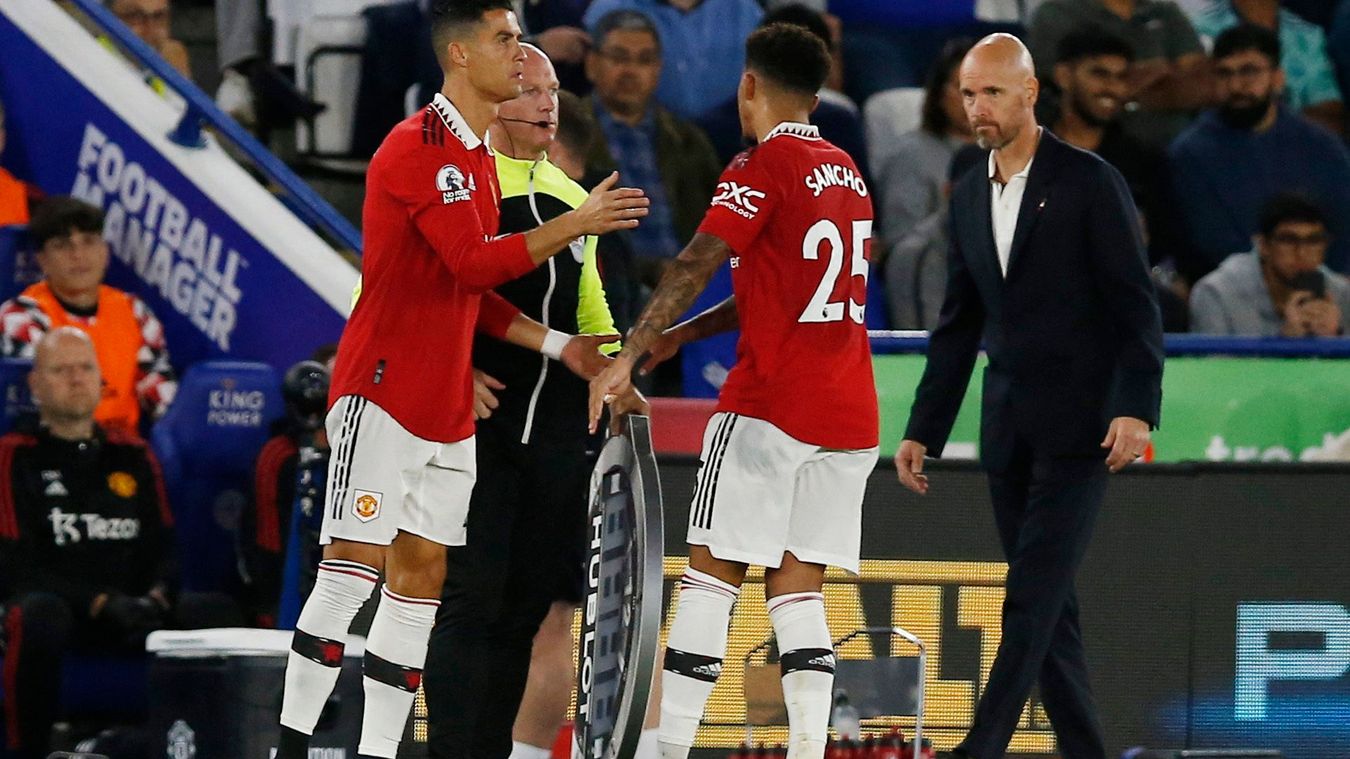 United remained largely in control against an out of sorts Leicester, who remain bottom as they search for their first league win of the season and who, along with manager Brendan Rodgers, felt the impatience of the home fans. Visiting keeper David de Gea was forced into a fine save from James Maddison’s free-kick in the second half but otherwise United were rarely troubled, with Casemiro emerging as a substitute and Cristiano Ronaldo, another late replacement, coming close with an acrobatic bicycle kick.

Manchester United’s performance was reminiscent of their victory at Southampton on Saturday – solid, unspectacular but highly efficient and enough to give them a third straight win in all competitions for the first time since April 2021, sending them up to fifth in the Premier League table.

Sancho was on the scoresheet again and his goal had the hallmarks of a player growing in confidence, taking Rashford’s pass in his stride before rounding Leicester City keeper Danny Ward to score.

“I am sure this is just the start for him,” Ten Hag said of former Bundesliga star Sancho, who scored his second goal in three league games.

“He has the capabilities. He did it in a different league but this is the Premier League. He has to adapt mentally and physically, but he has the skills.”

After Sancho’s strike, United were able to do a containing job on a toothless Leicester side lacking in confidence and urgency and occasionally suffering the discontent of the increasingly impatient Foxes fans.

United were happy to play on the counter and might have added another late on but there was always the feeling one goal was enough to claim the three points. And when there were moments of anxiety, the experienced £70m new boy Casemiro came on to steady the ship.

“It is another step forward so I am happy with that,” United boss Ten Hag told BT Sport.

“We showed good team spirit. We had 11 players on the pitch who fought for each other and scored a lovely team goal. Still, there are improvements to make but that is normal at this stage of the season.”

Ten Hag’s United will be growing in self-belief and they can put that to the test against early pace-setters Arsenal at Old Trafford on Sunday.

The boos around King Power Stadium summed up the mood of discontent around Leicester as they slumped to the bottom of the Premier League with only one point from their first five league games.

Rodgers has been frustrated by a lack of transfer activity this summer, not helped by the departures of high-profile figures in keeper Kasper Schmeichel and Wesley Fofana, although they have signed Reims defender Wout Faes.

There is a feeling of stagnation around the team and the club as the owners exercise financial caution but this talented group of players should be performing better than this.

Leicester are hesitant and lacking in threat, even with Jamie Vardy up front and Maddison and Youri Tielemans pulling the strings in midfield.

This loss only added to the concerns of Rodgers as he tries to spark his team into life and he must find a way to re-ignite a team and club that has achieved so much to arrest this alarmingly poor start to the season.