BBC:Erling Haaland: Nine goals in five games – can anyone stop him?

Erling Haaland has certainly made an impact at Manchester City. 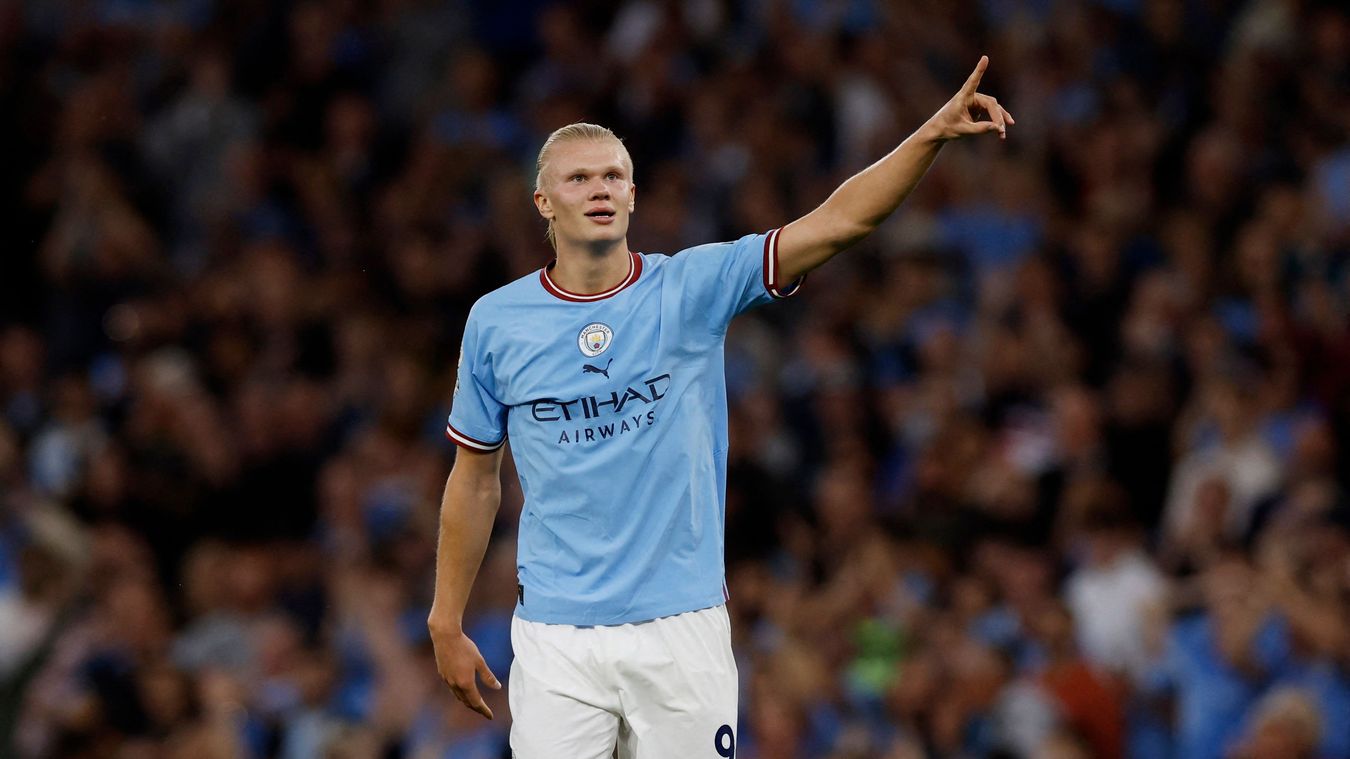 Haaland’s first-half hat-trick in City’s 6-0 hammering of Nottingham Forest followed on from his second-half three-timer as they came back from two down to beat Crystal Palace four days before. 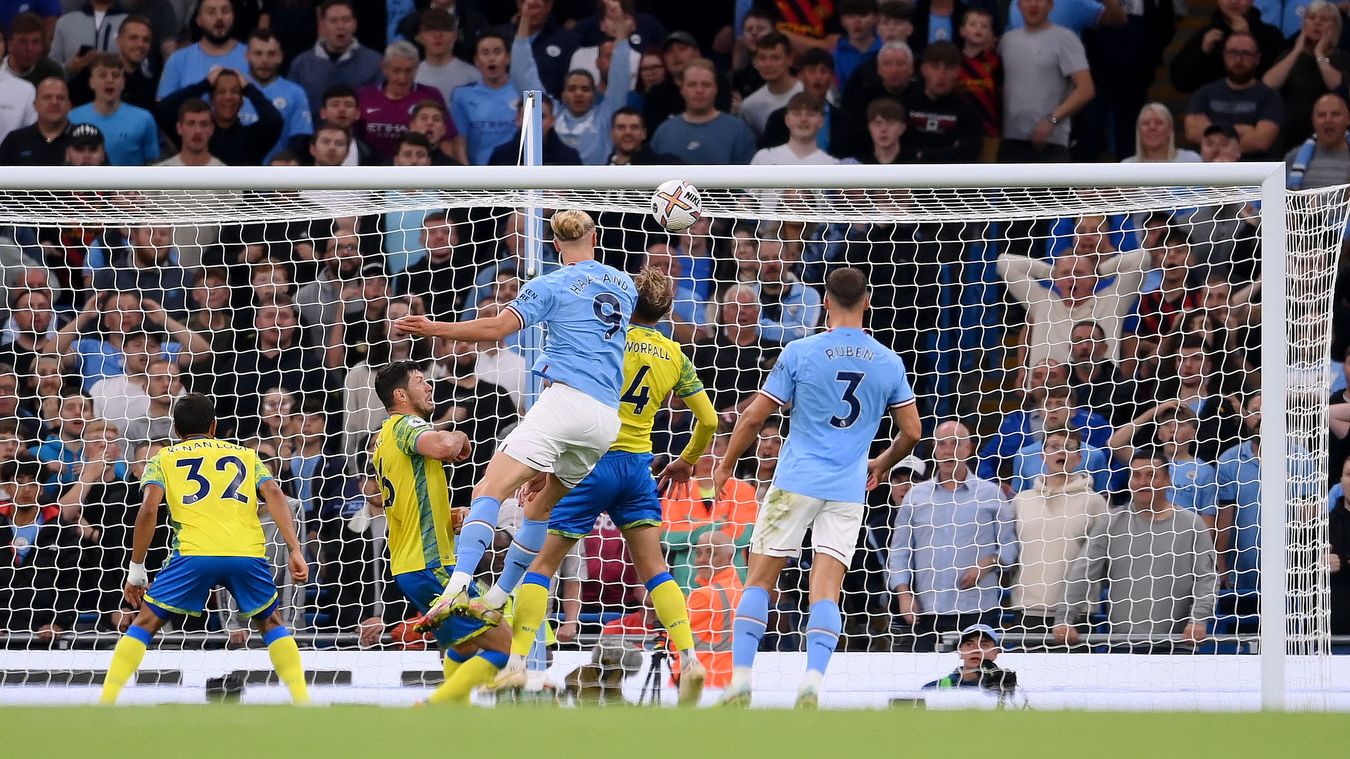 “Man City have the best striker in the world right now,” former striker Dion Dublin told BBC Radio 5 Live. “If he stays in the Premier League, every record will be broken.” 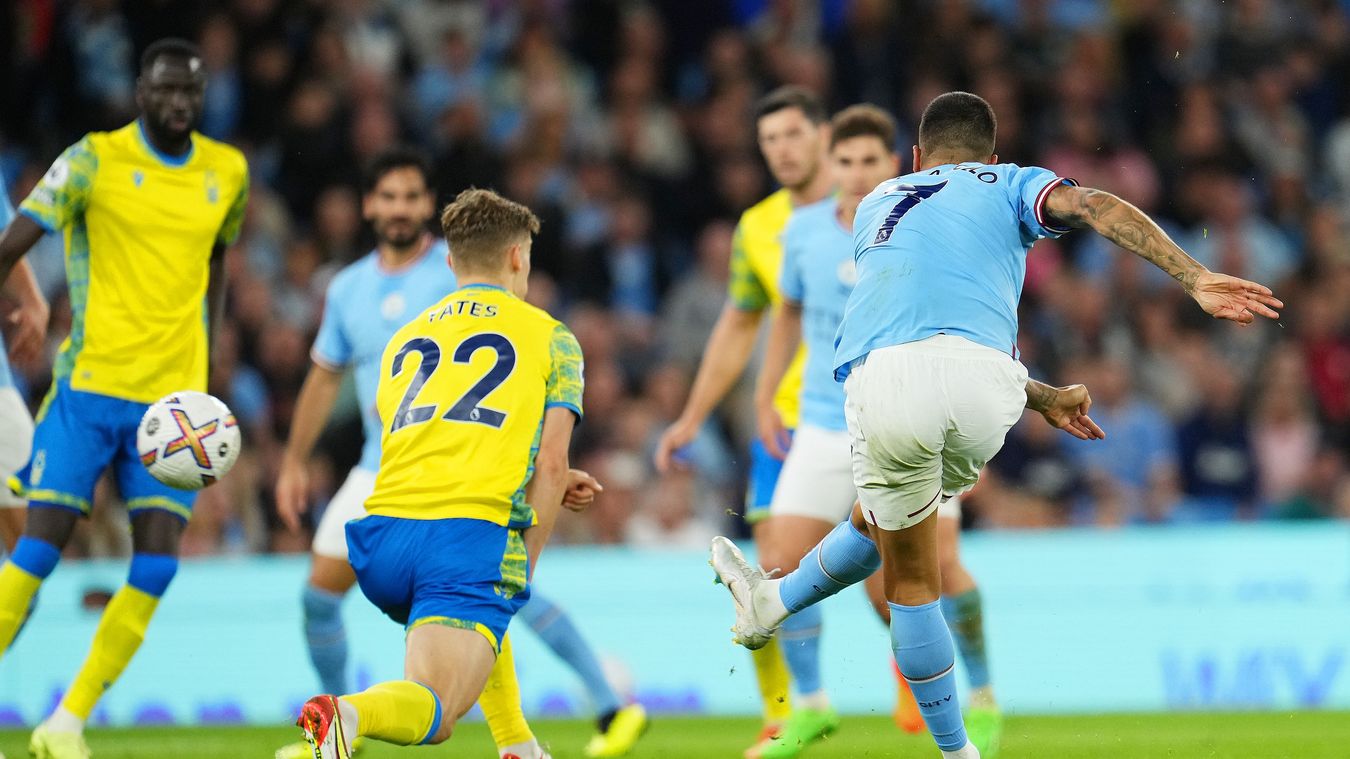 If you are viewing this page on the BBC News app please click here to vote.

The Norwegian has become only the seventh player to score a hat-trick in successive Premier League games. Tottenham’s Harry Kane is the only player to do that more than once. Amazingly, Haaland has now scored more Premier League goals in August than Kane, whose tally across his career stands at seven. Manager Pep Guardiola feels it will be impossible for Haaland to become the same central figure in City’s history as Aguero.

However, the Spaniard does feel the forward has the same kind of talent, and he also thinks personal achievements will not mean much the City number nine if they fail to help win team prizes.

“Sergio is the legend,” Guardiola said. “Nobody can break the position in the hearts of City fans, scoring the most important goal in the modern history.

“But Erling has the quality to be there. What he has done in Norway, Austria and Germany he tries to do here. Knowing him a little bit, I don’t know if he’d be happy breaking records if we didn’t win titles.”

Former Wales defender Ashley Williams told BBC Match of the Day: “He’s a real problem for the league at the minute. He’s difficult to play against and he’s the complete striker – he’s got everything.

“When we look at the goals he’s scored this season, he’s a proper striker. He’s just got a knack for scoring goals and I’m excited to see him this season because he’s just going to go on and on and score more and more.”

Six goals in 60 Premier League minutes have led fans on social media to wonder who, or what, can stop Haaland this season.

Joe Buzzard wrote on Twitter: “Can someone please adjust the difficulty level for Erling Haaland? Way too easy.”

KevB said: “So City have upgraded Sterling and Jesus with Haaland and Alvarez and made £30 million doing it!”

And Rakesh Pradhan simply put it: “Just give the golden boot to Haaland now. Ridiculous talent.”

Listening to Guardiola after his side’s latest victory, you got the sense he was even more pleased by Alvarez’s contribution to the victory.

His well-taken double was the sign of a man who believes in his own abilities. Guardiola could not be more pleased with him.

“There is not one person who is not happy for Julian’s two goals,” said Guardiola, who said he was alerted to the 22-year-old by Joan Patsy, an old friend of his mentor Johan Cruyff.

“He told me a year-and-a-half ago how special he was. He is young, has scored a lot of goals at River Plate, where there is a lot of pressure to win. When he is close to the goal, oh my God. He is so precise. So good,” said Guardiola.

“These two new players are so young, they are here and it is like ‘OK, I want to prove myself to the world in the toughest league in the world’.”