Paul Pogba attempted to pay £11 million to his armed blackmailers but they had to settle for £85,000 owing to the multimillionaire footballer’s bank withdrawal limit, investigators claim. 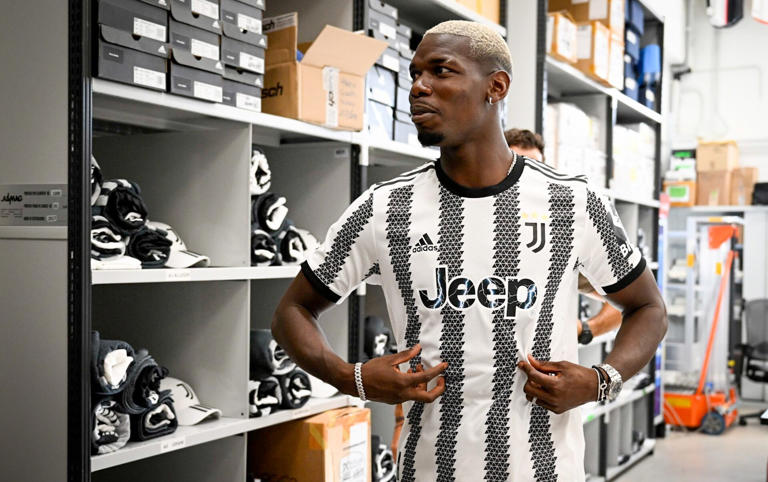 A criminal probe is currently underway in France into allegations that the 29-year-old’s own brother, Mathias Pogba, 32, and childhood friends were behind the plot.

The former Manchester United midfielder, who is currently sidelined with a knee injury at Juventus, was described by a friend last night as being left profoundly upset by the current furore. Telegraph Sport understands the wider family have rallied behind Paul rather than Mathias amid the toxic sibling fallout in recent months.

Inquiry sources, meanwhile, revealed Pogba handed over €100,000 (£85,000) in cash after being escorted at gunpoint to a flat in Roissy-en-Brie, in the eastern suburb of Paris, in March.

This was 10 miles south of Lagny-sur-Marne, the town where Pogba spent the majority of his time as a child, and where he was visiting family while on international duty in Paris.

The Franceinfo news outlet, which has seen police files on the case, said Pogba was initially told to hand over £11m (€13m) by the armed men, who were wearing hoods, and branding MI6 assault rifles.

This was protection money covering €1m (£860,000) a year, from the age of 16 when he first became a professional footballer, according to the inquiry source.

Pogba “tried to withdraw the full amount, but was not authorised by his bank,” he told police. Instead, he managed to raise the £85,000 immediately, and thought that would be the end of the matter. But when the gang continued to threaten him, he finally filed a criminal complaint through his lawyers.

Related video: FILE: Pogba claims he is being targeted by an organised crime gang

Video Player is loading.
Loaded: 0.00%
Current Time 0:00
/
Duration 0:56
FILE: Pogba claims he is being targeted by an organised crime gang
0
View on Watch

All of those accused – including Mathias – now face prison sentences of up to 20 years for “extortion in an organised gang”. Pogba told police that the gang followed him to Manchester and then to Turin, after his transfer to Italian side Juventus earlier this year.

In turn, Mathias has accused his brother of lying in an attempt to have him imprisoned. Mathias is himself a professional footballer who played for Wrexham, Crewe Alexandra and Crawley Town. 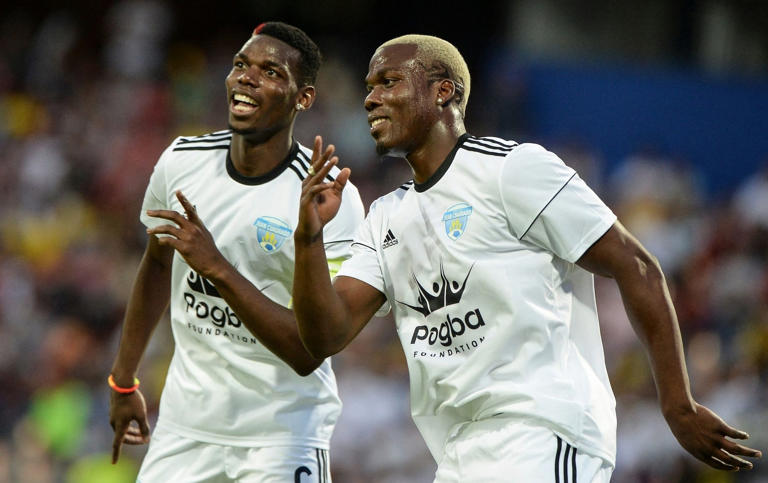 He posted a video of himself on social media at the weekend saying he had “explosive revelations” about his brother, saying Pogba did not deserve to play for France, the world champions.

One of the allegations is that Pogba paid a marabout witchdoctor to cast a spell against Kylian Mbappe, the France and Paris Saint-Germain striker.

A statement released by Pogba’s lawyers, his mother, Yeo Moriba, and Rafaela Pimenta, his agent, said the videos “are unfortunately no surprise” and were in addition to “threats and extortion attempts”.

They denied that there was a video of Pogba ordering the witchdoctor to cast a spell on Mbappe. According to inquiry sources, the millions of euros were demanded in return for such videos remaining secret. Acts of intimidation were allegedly carried out in Manchester in April, and later around Turin.

“He claims to the police that he recognised his brother, Mathias Pogba, among the suspects,” said another investigation source. During police interviews, Paul Pogba said he had always been close to his childhood friends and helped them out financially when he could.

But in January he kicked one out of his house in Manchester after discovering that the unidentified man had allegedly used Pogba’s credit card to steal €200,000 – the equivalent of £170,000.

Noel Le Graet, president of the French Football Federation, said: “We’re just at the beginning of this affair at the moment. No one has been in court as far as I know. At this stage, there are just rumours. I love Paul. I hope that this does not raise questions about his place in the French national team.”

Paul Pogba is married to the Bolivian model Maria Zulay Salaues and they have two children.