Agent Jorge Mendes appears desperate to get Cristiano Ronaldo away from Manchester United this week and has reportedly offered him to a European side in a surprise loan deal. 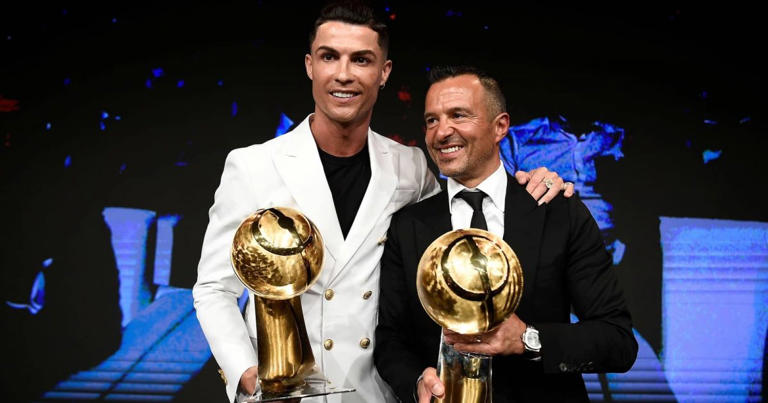 Ronaldo has featured in all four of Manchester United’s Premier League matches so far. However, signs suggest he will not make the starting lineup in every big game under Erik ten Hag.

The striker has come off the bench in three games. And the only match he played a full 90 minutes in, Manchester United lost 4-0 to Brentford.

Ronaldo featured for just four minutes in the following clash, which ended in a 2-1 victory over rivals Liverpool.

Ten Hag went with Marcus Rashford at centre-forward to put the Liverpool defence under more pressure. And the decision worked, as Rashford got on the scoresheet alongside fellow Englishman Jadon Sancho.

Ronaldo managed the final 22 minutes in the recent 1-0 win against Southampton, after replacing Sancho. While the Portuguese is playing regularly, this is not how he would like to be used.

Do This To Permanently Fix Bad Posture (And Ease Back

Ronaldo wants to be United’s focal point in attack, their talisman. Ten Hag, in contrast, likes to use younger, more energetic forwards to press and harry their opponents.

This is one of the reasons Ronaldo and Mendes are pushing for a departure from Old Trafford this week.

According to Italian newspaper Corriere dello Sport, Ronaldo’s priority is to join Chelsea if he does exit United.

The Blues have previously considered signing Ronaldo, only to reject the chance and instead focus on other players.

Despite this, the report claims the goalscorer would be happy to join Chelsea if such an opportunity came about.

Fellow Italian outlet Il Mattino (via the Daily Express) now come in with a surprise update. They claim Mendes has offered Ronaldo to Napoli as part of a ‘free loan deal’.

Mendes knows Napoli cannot afford the star’s transfer fee, which could be around £20million. As such, the representative has told Napoli they can land him for free for the 2022-23 campaign.

The offer came about on Monday, though the Italian club’s response is yet to emerge.

The report labels the proposal ‘crazy’, and it’s clear to see why. There is no chance United would allow one of their best ever players to leave for a season as part of a free loan.

Ronaldo’s United contract runs until summer 2023. As such, they will likely to decide to keep him in the team until that point.

And if Ronaldo hands in a transfer request, then United will be able to demand a decent fee for him.

Mendes is exploring all possibilities to try and get his client out of Manchester. Cristiano Ronaldo is unsure he fits into Ten Hag’s tactical plan, while he also wants to play in the Champions League.

However, the five-time Ballon d’Or winner must face up to the fact that he will be United’s player for another 10 months or so.

Once his contract with the Red Devils ends, then he can decide to join a UCL club or go back to his first major team, Sporting Lisbon, on a free transfer.