The Head, Security and Safety Department of the Confederation of  Africa Football (CAF) Dr. Christian Emeruwa has obtained his form to contest as president of the Nigeria Football Federation NFF.

Dr. Emeruwa, who announced his intention to run for the NFF presidency on various social media platforms four months ago, picked up his nomination form with the help of his amiable wife at the NFF Electoral Committee’s Wuse Zone 2 office in Abuja.

He currently serves as the Confederation of Africa Football’s (CAF) Head of Security and Safety, where his admirable initiatives, innovations, competence, and strong leadership have made a significant difference in the security and safety of African football.

The football administrator would be vying for the position against other contestant following the decision of incumbent president, Amaju Pinnick not to seek a third term.

The NFF election is slated for next month in Benin City, Edo State. 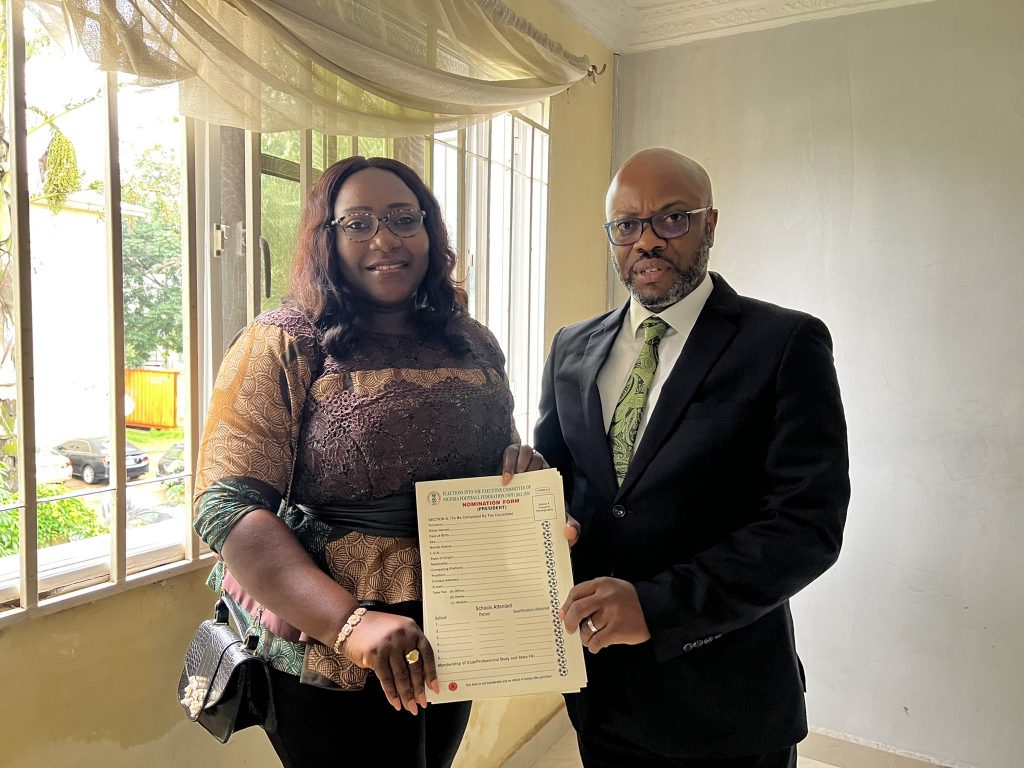