Aug. 29 (UPI) — Serena Williams beat Danka Kovinic in her 2022 U.S. Open opener, but she’ll likely need to summon her best tennis to overcome the rash of tough opponents she drew for the final run of her iconic tennis career. 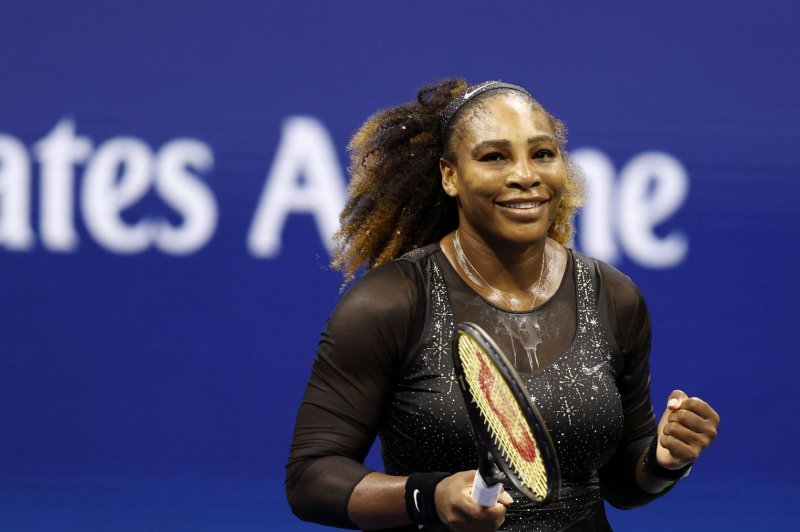 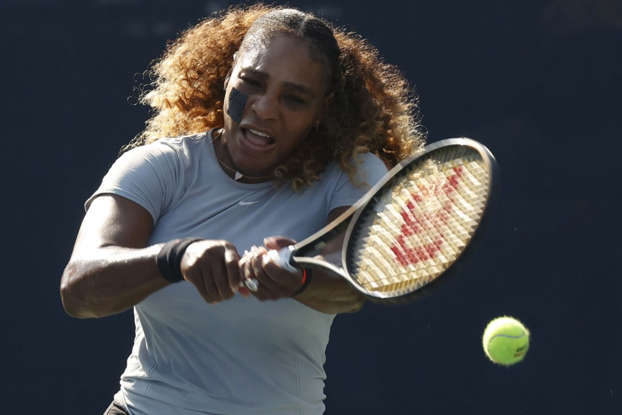 1 of 4 Photos in Gallery©John Angelillo/UPI

Serena Williams works out on the practice courts at the 2022 U.S. Open on Saturday at the USTA Billie Jean King National Tennis Center in Flushing, N.Y. Photo by John Angelillo/UPI

“I always try to do the best that I can,” Williams, who announced Aug. 9 that she plans to “move on” from tennis after the U.S. Open, said in an interview after the match. “It’s always hard to walk away, sometimes I think it’s harder to walk away than not and that’s been the case for me.”

Video tributes highlighting Williams’ accomplishments played before and after the match as celebrities and tennis legends packed the stands along with Williams’ 4-year-old daughter Olympia who wore white beads in her hair, as her mother did when she won the U.S. Open for the first time in 1999.

“I haven’t really known how to feel,” Williams told TIME in a video posted before the match Monday. “I’ve been doing this since I was born, literally. … I’ve been really emotional.”

Williams also will team up with sister Venus for the doubles tournament. The duo will start that run Wednesday with a match against Linda Noskova and Lucie Hradecka of the Czech Repub

Williams, who is unseeded, was a heavy favorite to beat Kovinic in her first match and will face No. 2 Anett Kontaveit of Estonia in the second round.

Williams and Kovinic met Monday for the first time. Williams also has never faced Kontaveit or Tomljanovic. She is 1-0 against Rodina.

If Williams is able to escape those foes, she could meet No. 14 Leylah Fernandez of Canada or No. 23 Barbora Krejcikova of the Czech Republic in the fourth round.

No. 5 Ons Jabeur of Tunisia, No. 10 Daria Kasatkina of Russia, No. 18 Veronika Kudermetova of Russia and No. 31 Shelby Rogers of the United States are among the top players she could see in the quarterfinals.

Williams has never faced Fernandez or Krejcikova, Jabeur, Kudermetova or Rogers. She is 1-0 against Kasatkina.

An unlikely run to the semifinals could result in a match against No. 3 Maria Sakkari of Greece, No. 7 Simona Halep of Belgium or No. 12 Cori “Coco” Gauff, among other Top-25 players.

She is 2-1 against Sakkari and 18-2 against Halep, but never has faced Gauff.

“She is always going to be considered the greatest of all time because she didn’t just dominate one generation, she didn’t dominate two generations, she dominated for three-plus generations,” Gauff said of Williams on Sunday at a news conference.

Williams can’t face No. 1 Iga Swiatek of Poland, No. 4 Paula Badosa of Spain, No. 6 Aryna Sabalenka of Belarus, No. 8 Jessica Pegula of the United States, No. 9 Garbine Muguruza of Spain, No. 11 Emma Raducanu of England, No. 13 Belinda Bencic of Switzerland, Naomi Osaka of Japan, or sister Venus until the finals.

She has never faced Swiatek or Badosa. Williams is 1-0 against both Sabalenka and Pegula, 2-2 versus Bencic and also split six matches with Muguruza. She is 1-3 against Osaka and 0-1 against Raducanu.

Williams has a 19-12 record in matches against her sister.

Injuries have recently derailed Williams’ quests to win a 24th Grand Slam singles title, which would tie Margaret Court’s all-time record. She injured her right leg at Wimbledon 2021, which prompted a hiatus of nearly a year from the tennis court.

Williams lost in the first round of Wimbledon 2022. She has played in just three matches since that June loss to Harmony Tan in London.

“I’d be lying if I said I didn’t want that record,” Williams told Vogue when asked about Court’s record. “Obviously, I do. But day to day, I’m really not thinking about her.”

Williams has six career singles titles from the U.S. Open. Her last one came in 2014. Williams’ acquired her most recent major crown at the 2017 Australian Open, when she was two-months pregnant.

She hasn’t reached a major title match since the 2019 U.S. Open, which she lost to Bianca Andreescu of Canada. Williams failed to advance past the fourth round in five of her last seven Grand Slam appearances.

The winners of the men’s and women’s singles circuits at the 2022 U.S. Open will take home $2.6 million apiece. Players who lose in the first round will take home $80,000.

Williams’ $94.5 million in career earnings as a player ranks No. 1 in WTA history.

The lowest ticket price for Williams’ first match was about $150 on the secondary market as of Monday morning. Organizers expect an estimated 750,000 people to attend the tournament over the next two weeks.

Swiatek, Halep, Carolina Garcia, Guaff, Jabeur and Sabalenka are among the favorites to claim the women’s singles title. Williams is outside the Top 20 expected contenders.

Quarterfinals at noon on ESPN; 7 p.m. on ESPN

Quarterfinals at noon on ESPN; 7 p.m. on ESPN Deportes 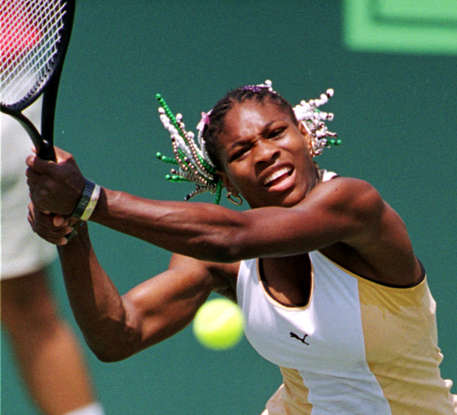