Paul Pogba’s brother Mathias has claimed that he almost died as a consequence of his famous brother’s actions in a series of social media posts that have seen him ramp up the threats to make revelations about the France international’s private life. 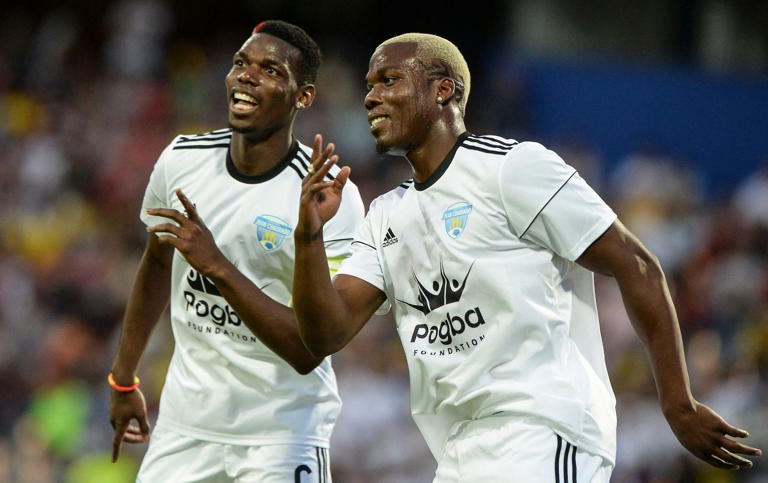 In the meantime, Paul’s allegations that he was effectively taken hostage, and threatened in an attempted extortion in Paris in March are being investigated by the French police’s counter-organised crime agency OCLCO. It has been reported by French media that during a visit to his old neighbourhood in eastern Paris in March, Pogba, 29, was taken hostage by a gang that included childhood friends and told to pay €13 million.

Mathias, 32, one of twins who are Pogba’s older siblings, followed up the original threats he made in a video posted on Saturday night with a series of tweets late on Sunday in which he made serious unsubstantiated allegations about the conduct of his famous younger brother. The pair grew up together, along with Mathias’ twin Florentin, in the east Paris suburb of Roissy-en-Brie, near to where the alleged kidnap and extortion attempt took place when Pogba was back in the city on international duty.

In his tweets, Mathias claimed that his rift with his brother was not a “question of money”. He posted in French: “Because of you, I almost died. You fled and left me in a hole, and you want to play the innocent. When everything is said, people will see that there is no greater coward, traitor and hypocrite on earth than you.”

Pogba says he is victim of extortion attempts, threats from organised gang
0
View on Watch

Mathias, a former professional footballer at Wrexham, Crewe Alexander, Partick Thistle and Sparta Rotterdam among others, was also an international for Guinea – the country from which their late father, Fassou, emigrated to Paris. In his video on Saturday, Mathias threatened revelations about Pogba, his France team-mate Kylian Mbappé and his brother’s agent, the Italian lawyer Rafaela Pimenta.

In another tweet on Sunday addressed to his younger brother, Mathias alleged: “Paul, you really wanted to shut me up completely, to lie and to send me to prison. I suspected it but now it’s true. My version of the facts bear out and, unlike you, I have enough to prove my words and your lies. I’ll tell you again: brother, manipulating people is not right!”

Mathias alleged that Paul had “lied to the police”, although he was not specific about what. He also claimed that Paul refused to acknowledge to Italian police that he knew a cousin with whom the brothers grew up. It has been alleged in the French media that the harassment of Pogba that is the subject of his complaint to French authorities, beginning in Paris in March, also took place in Manchester and then Turin after his move to Juventus this summer.

Paul Pogba dismissed the original set of allegations from Mathias in a statement released through lawyers and signed by Pimenta and his mother Yeo which described the threats to disclose private information as “unfortunately not a surprise.” It added: “They are coming after threats and attempts of extortion by an organised gang against Paul Pogba.”

It has been claimed that Pogba asked a childhood friend of his to leave his home in Cheshire this year having blamed him for stealing around €200,000 on a credit card that belonged to the footballer.