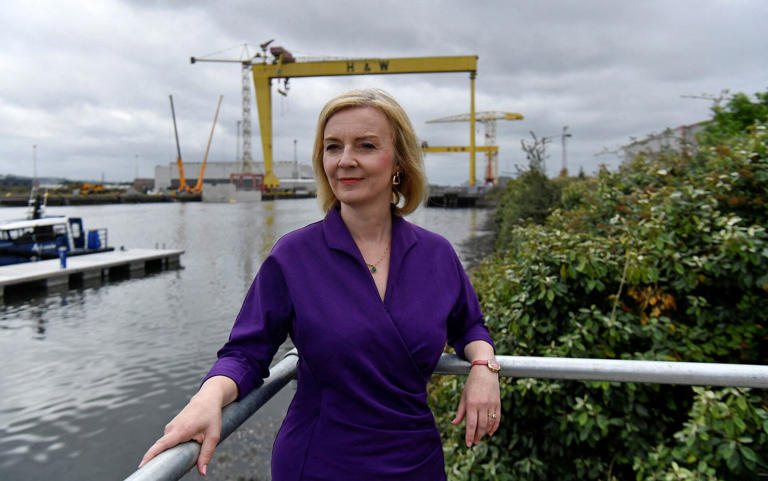 Liz Truss’s most senior advisers have opened talks with energy firms about ramping up the production of North Sea oil and gas if she becomes prime minister.

Kwasi Kwarteng, the Business Secretary, and Jacob Rees-Mogg, the Brexit opportunities minister, are striving to maximimise domestic production ahead of the winter.

They have been involved in discussions with global giants including Shell, Total and Perenco about plans for a new round of drilling licences, according to The Times.

The pair are expected to take up the top two positions in the Treasury, with Mr Kwarteng becoming chancellor and Mr Rees-Mogg the chief secretary.

Allies of Ms Truss insisted the pair held the talks in their capacity as current government ministers and not as part of her transition plans for entering No 10.

The Foreign Secretary has repeatedly vowed to significantly increase Britain’s gas production if she becomes prime minister to combat rising prices and end reliance on imports.

At an early Tory leadership hustings in Exter, she pledged to “make sure we exploit all of the gas in the North Sea and… use that to bolster our domestic energy supply”.

Offshore Energies UK, which represents oil and gas producers, confirmed that talks had been taking place with members of the Foreign Secretary’s team.

It described them as “responsible action by what could be an incoming administration to consult with the energy industry at a time of crisis”, in a statement to City AM.

A Whitehall source also told The Telegraph that discussions have been taking place. It is expected that as many as 130 new drilling licences will be approved this autumn.

Among the projects expected to get the green light is one off the coast of the Shetlands, that could provide eight per cent of UK production by the end of the decade.

Norwegian state energy firm Equinor wants to extract 70,000 barrels of oil a day from the Rosebank field, with pumping set to begin in 2025.

The plans to significantly ramp up North Sea drilling delighted the Foreign Secretary’s supporters, who have been calling for more domestic production.

John Redwood, a Tory MP also tipped for a ministerial post in the Treasury if she wins the leadership, said it would “ease the squeeze” on energy prices.

“More permits and some changes of rules can boost output. The answer to an energy shortage and sky high prices is more supply,” he said.

But the move will jar with Ms Truss’s vow to stick to the Net Zero target, just weeks after Britain experienced a searing heat wave and drought warnings.