The Guardian:Follow View Profile Chris Rock says he has turned down offer to host Oscars again

Chris Rock has reportedly declined an offer to host next year’s Oscars. During a standup show on Sunday night in Phoenix, Arizona, the comedian said 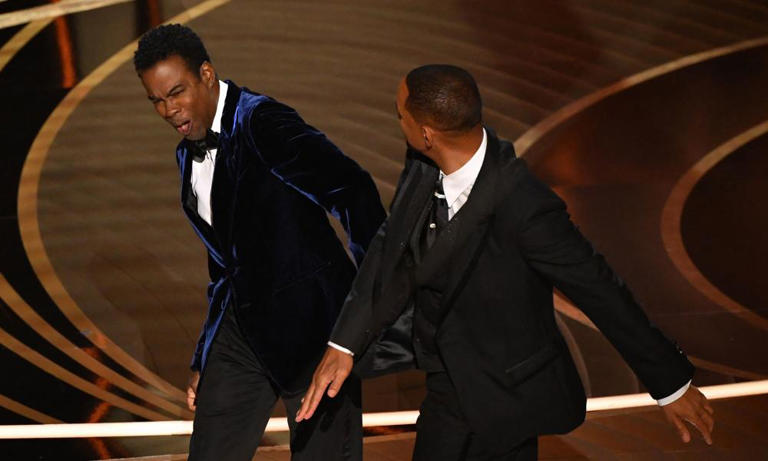 the awards’ organisers had asked him to return to host for a third time (he previously emceed in 2005 and 2016).

Earlier this year Rock, presenting the documentary award, was slapped on stage by Will Smith, shortly to pick up his best actor award, after Rock made a joke about Smith’s wife, Jada Pinkett Smith.

During his show, Rock reportedly compared accepting the hosting gig to returning to the scene of a crime, referencing the murder trial of OJ Simpson, which recorded that the night of Simpson’s ex-wife’s murder began with her leaving a pair of eyeglasses at an Italian restaurant. Returning to the Oscars, said Rock, would be like asking Nicole Brown Simpson “to go back to the restaurant”.

According to the Arizona Republic, an audience member yelled out “Talk about it!” Rock then made reference to Smith’s performance as boxer Muhammad Ali in the 2001 biopic Ali, for which Smith earned his first Oscar nomination.

“He’s bigger than me,” Rock said. “The state of Nevada would not sanction a fight between me and Will Smith.”

The Academy of Motion Pictures Arts and Sciences declined to comment on Rock’s remarks.

In April, the Academy’s board banned Smith from the Oscars or any Academy events for 10 years. A week before, Smith resigned from the Academy.

Earlier this month, Bill Kramer, the incoming Academy CEO, said it was “committed to having a host on the show this year” after a three-year run without central personalities, and was “already looking at some key partners on that”.

Kramer also noted the slap would be off-limits for jokes at next year’s ceremony. “We want to move forward and to have an Oscars that celebrates cinema. That’s our focus right now,” he said.

Last week, data supplied by Q Score to Variety tracked a substantial drop in Smith’s popularity among the US public. Rock’s ratings remained unchanged, although public awareness of Rock rose.