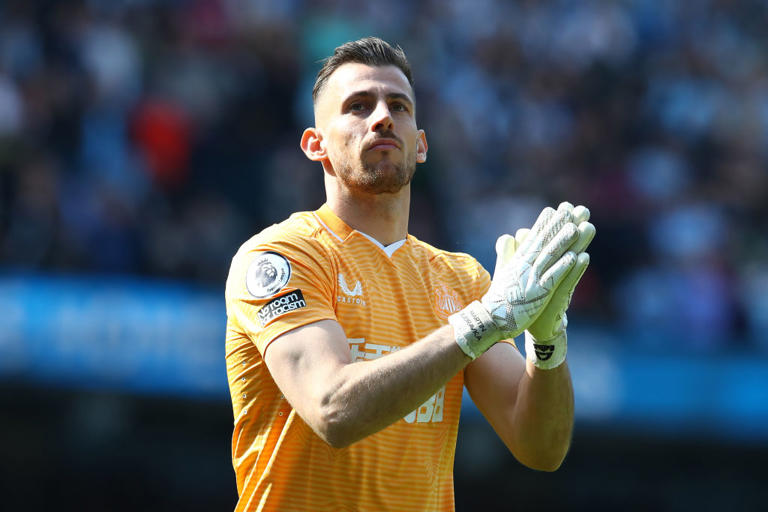 Manchester United have agreed personal terms with Martin Dubravka, but Newcastle United are yet to agree to the deal for him to move to Old Trafford.

The 33-year-old has emerged as something of a shock target for the Red Devils as they look for a new back-up to David de Gea after Dean Henderson left on loan for Nottingham Forest.

The Slovakia international has slipped down the pecking order at St James’ Park and does not look likely to get much game time this season since the arrival of Nick Pope from Burnley.

His chances of playing are no worse at Manchester United than they are at Newcastle so it is little surprise he is keen on the move and transfer expert Fabrizio Romano reports that personal terms have been agreed over a deal with the Red Devils.

Nothing has been confirmed, though, because the Red Devils want Dubravka on loan with a £5m option to buy, but Newcastle are not keen on that deal.

The Magpies are not interested on loaning out the stopper, wanting Manchester United to buy him on a permanent deal.

Talks are ongoing but the stumbling block could be that Dubravka is under contract at Newcastle until 2025.

The Magpies will not be willing to let him leave on a permanent move without a significant fee for the experienced international goalkeeper with three years left on his contract.

Manchester United clearly don’t want to pay much money for him, but are keen on the Slovakian and he wants to make the move, so an agreement may yet be reached.