The Jubilee headquarters building located in Pangani has been put up for auction.

In a notice published on local dailies on Monday, August 29, 2022, the multi-storey building is identified as LR No. 209/1530 Emani Business Center and is registered under name of Farmers Industry Limited. The land measures 0.5626 acres in total.

The advertisement for auction by Garam Investments specifies that the seven-story structure comprises, among other features, two basement floors, a penthouse, a sentry house, and a power house.

The bidding of the Pangani based building will start at Ksh 5 million. The auction will be held in the auctioneer’s offices in Westlands, Nairobi, on September 13, 2022.

“bidders will be required to produce a bidding deposit of Sh5 million by way of cash or bankers cheque before being allowed to bid.” Part of the auctioneers advertisement reads. 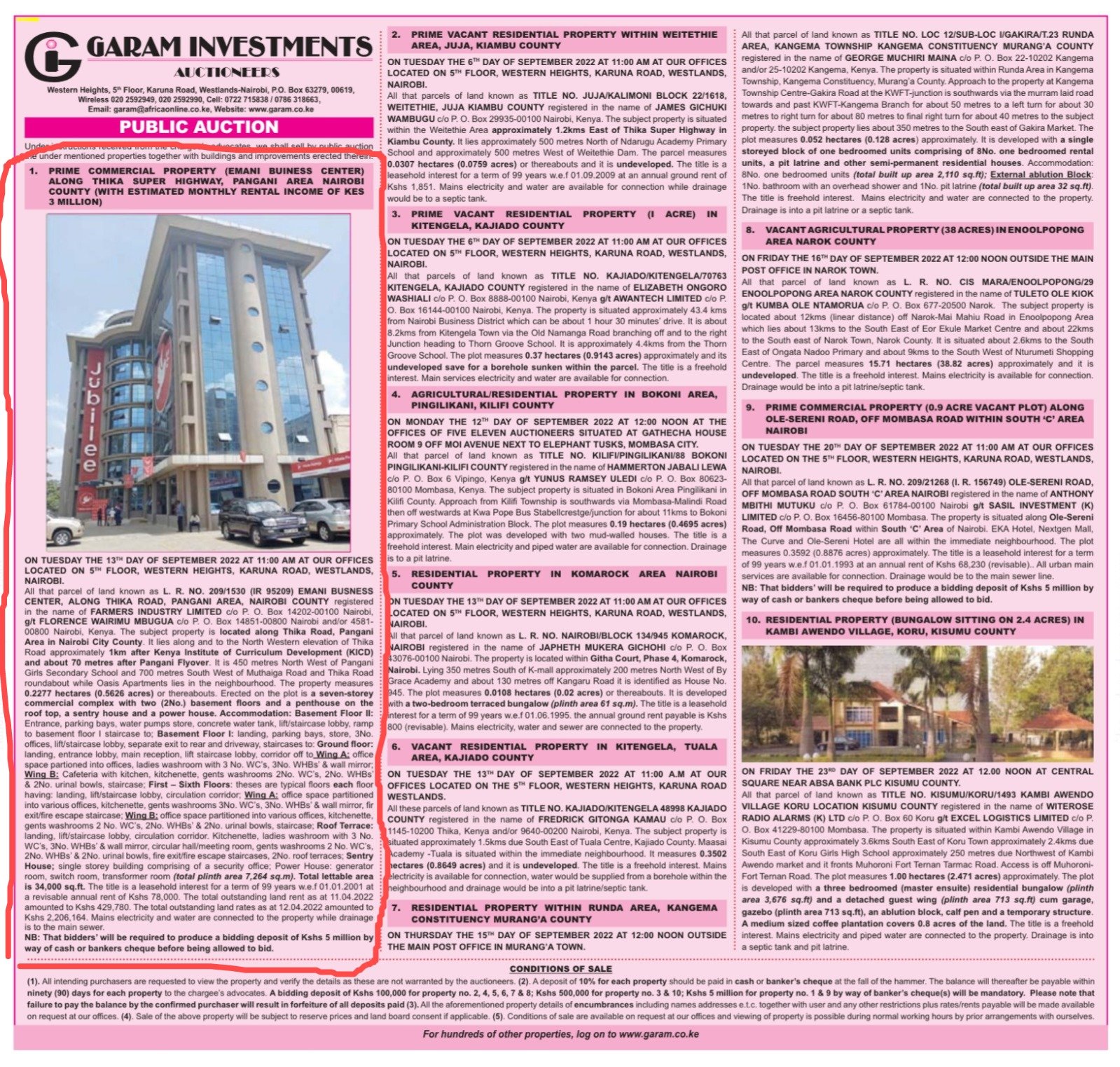 The Pangani headquarters served as the nerve center for the Jubilee party during the 2013 and 2017 elections and is home to offices vital to its operations.

However in the 2022 elections the party headquarters registered minimal activity since the majority of Jubilee party members defected to President-elect William Ruto’s United Democratic Alliance party.

In 2018, the then-assistant secretary of the Jubilee party, Caleb Kositany, stated that the party paid approximately Sh90 million in annual rent for its Pangani offices.