The Star, Kenya: Gachagua ruled out the possibility of the President-Elect sharing power

• Gachagua said they are optimistic of winning the election petition filed by Odinga at the Supreme Court and told him to respect the court’s verdict.

• After their swearing in, he said, they will convene a Sagana One meeting to discuss issues of development in Mt Kenya region where 10,000 people will be invited. 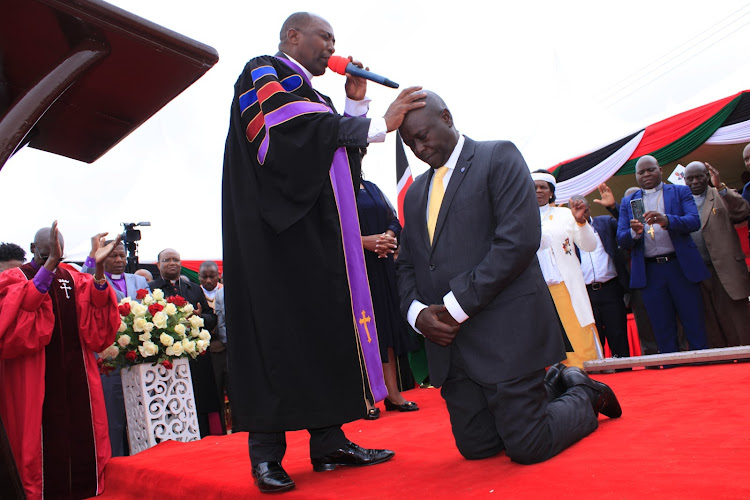 Deputy President-Elect Rigathi Gachagua has affirmed that his boss William Ruto will not enter into a handshake with ex-PM Raila Odinga if sworn in as President.

Gachagua said they are optimistic of winning the election petition filed by the opposition leader at the Supreme Court and told Raila to respect the court’s verdict.

“Raila has no strong case against Ruto’s win as president,” he said.

He said they knew that even if they beat Raila, he would still move to court saying he lost the election fairly and that he was not rigged out as he claims.

Gachagua said if Raila had not moved to court and they had been sworn in on Tuesday, they would have already brought down the cost of flour and fertilizer.

Mt Kenya region, he assured residents, will be fully in Ruto’s government as they gave him 47 percent of the entire number of votes that he got.

“I want to assure you that Mt Kenya region will be in Ruto’s government because it is our government,” he said. 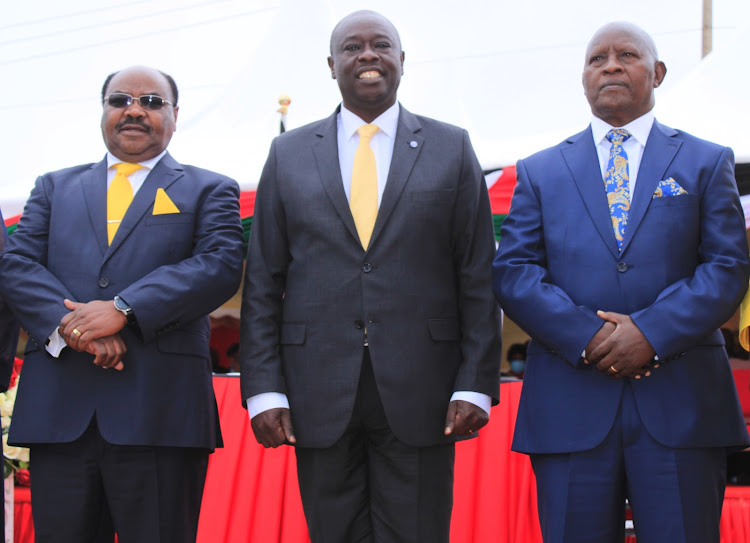 After he is sworn in, he said they will convene a Sagana One meeting to discuss issues of development in the region where 10,000 people from the region will be invited.

He said by voting for Ruto overwhelmingly and giving him UDA representatives, the people of Mt Kenya proved those who have been claiming the region’s people are selfish and that they do not keep promises wrong.

He said by doing so, the region’s people earned respect all over the country.

Gachagua called for partnership between the county government of Nyeri and the national government for faster coordinated development for the good of the area people.

He said the outgoing president Uhuru Kenyatta was taking the people in the wrong direction by telling them to vote for Azimio presidential candidate.

The president, he said, was misled by some government officials and that he should thank him (Gachagua) for telling him the truth all through that his project would fail.

Gachagua, however, said Kenyatta will, upon retirement, receive all privileges given to a retired president as per the constitution.

“He will be respected, accorded security from our government and everything else provided for in the constitution. Even if he wants any other favour from us, we will be glad to extend the same to him,” he said.

The same he said applies to cabinet secretaries from Nyeri saying they will not be victimized but will be allowed to retire with the president peacefully. 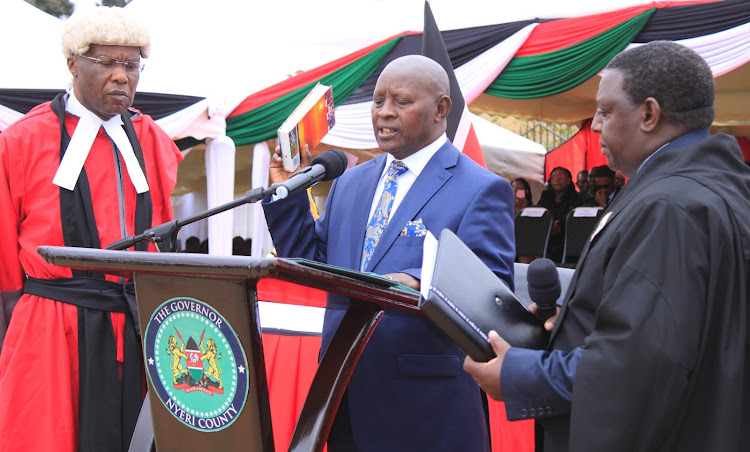 They include cabinet secretary Mutahi Kagwe and his ICT counterpart Joe Mucheru.

He spoke during the swearing in of Nyeri governor Mutahi Kahiga and his deputy David Kinaniri at the Nyeri town main bus terminus at the Asian quarters on Thursday.

The ceremony was presided over by judge James Wakiaga where over 4000 representatives from all the 30 wards across the county attended.

Kahiga will be serving the county for his second and final term.

He was the deputy governor to the third Nyeri governor Wahome Gakuru but was sworn in as governor following the death of Gakuru in a road crash along the Nyeri – Nairobi Highway on November 7, 2017.

Present during the ceremony were members of the clergy led by Nyeri Catholic archbishop Anthony Muheria and the New Life Church Bishop Paul Wanjohi.