The Telegraph:Follow View Profile Priti Patel set to be exiled to the back benches as Liz Truss plots cull of big beasts

The Home Secretary does not currently figure in Ms Truss’s plans for government, along with another nine of the Conservative Party’s most senior figures.

Dominic Raab, the Deputy Prime Minister, will also be exiled to the back benches, and there will be no roles for, among others, Steve Barclay, the Health Secretary; George Eustice, the Environment Secretary; and Mark Spencer, Leader of the House of Commons. Rishi Sunak and Michael Gove will not be invited back into the Cabinet, and Grant Shapps’s job as Transport Secretary is in jeopardy. 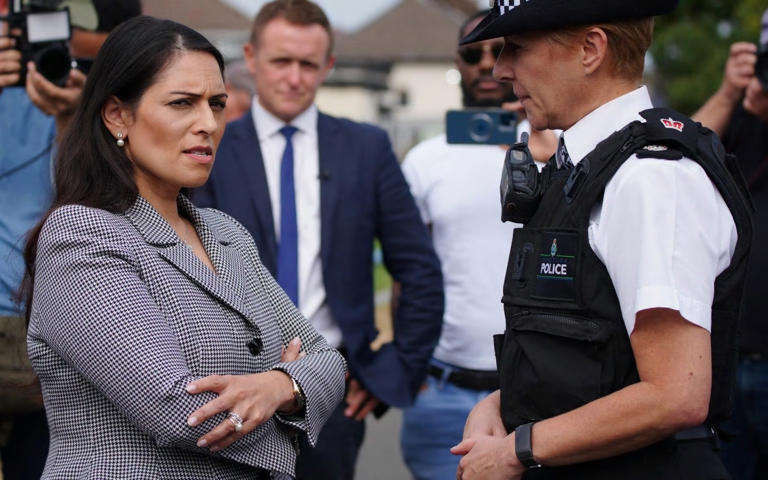 Priti Patel is set to be the most high-profile casualty in a cull of Tory “big beasts” from the Cabinet if Liz Truss becomes prime minister.Priti Patel visiting the scene of this week’s Liverpool shooting in Knotty Ash. The Home Secretary might lose her job if Liz Truss becomes prime minister – Peter Byrne/PA wire© Peter Byrne/PA wire

In total, 15 ministers – half of the current Cabinet – could be sacked by Ms Truss in a clear-out that will make way for loyal supporters and rising stars including Kemi Badenoch, her former leadership rival.

Ms Truss is also trying to persuade Lord Frost, the former Brexit negotiator, to return to government as Chancellor of the Duchy of Lancaster – although the role would be slimmed down from the one previously occupied by Michael Gove, and it is unclear whether the peer will accept.

Both Ms Truss and Mr Sunak, her leadership rival, must have their plans for governing in place before Sept 6, so that whoever wins the race can make key appointments on day one. 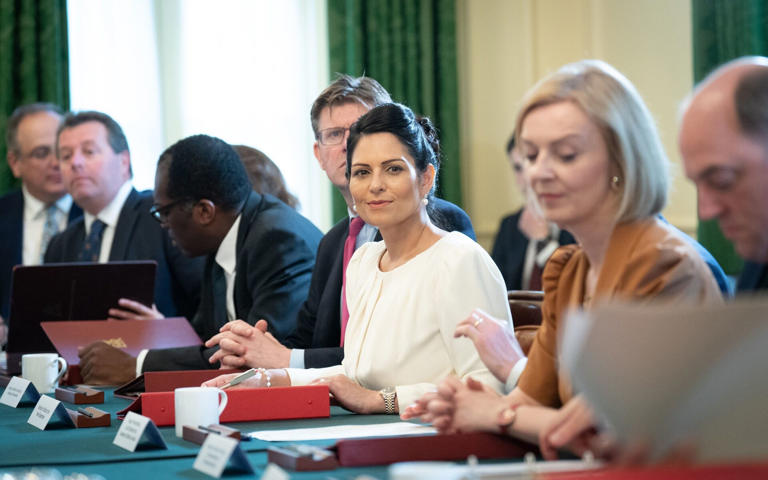 Ms Truss has also selected her Number 10 team, which would be headed as chief of staff by Mark Fullbrook, the political strategist who has been advising the Tories since the final years of Margaret Thatcher’s government.

Supporters of Ms Patel have been dismayed by reports that Suella Braverman, the current Attorney General who also ran for the leadership, has been promised her job, and they are fighting a rearguard action in the belief that she still has a chance of staying on.

The Telegraph understands, however, that Ms Patel’s name is not currently earmarked for any other Cabinet job. Her decision to remain neutral in the leadership race by refusing publicly to declare support for either candidate appears to have backfired badly.

Allies of Ms Patel have said that “her mood at the moment is that it’s home secretary or nothing”, suggesting she would refuse another job even if one was offered.

They have privately appealed to Ms Truss to keep Ms Patel in her current role, insisting that “her political skills should not be underestimated” and that she would be a huge asset as the party prepares to fight a general election before 2025.

While some current Cabinet ministers have been told by Ms Truss that they will be given a role if she gets into Downing Street, there has been no such contact with Ms Patel, sources said.

It has come as a surprise to supporters of the Home Secretary, who has been a political ally of Ms Truss since they entered Parliament together in 2010. They pointed out that Ms Patel has lent members of her staff to the Truss campaign team, and has privately made it clear that she is backing Ms Truss.

However, she appears to have misjudged the effect of her decision not to endorse either candidate. Ms Patel believed that by remaining neutral, she would be able to keep her job no matter who won the leadership – and would avoid showing her hand to civil servants in her department, with whom she would need to maintain a good relationship.

Instead, her silence has opened the door for Ms Braverman, who swiftly pledged allegiance to Ms Truss when she was knocked out of the leadership contest – bringing many of her supporters with her. 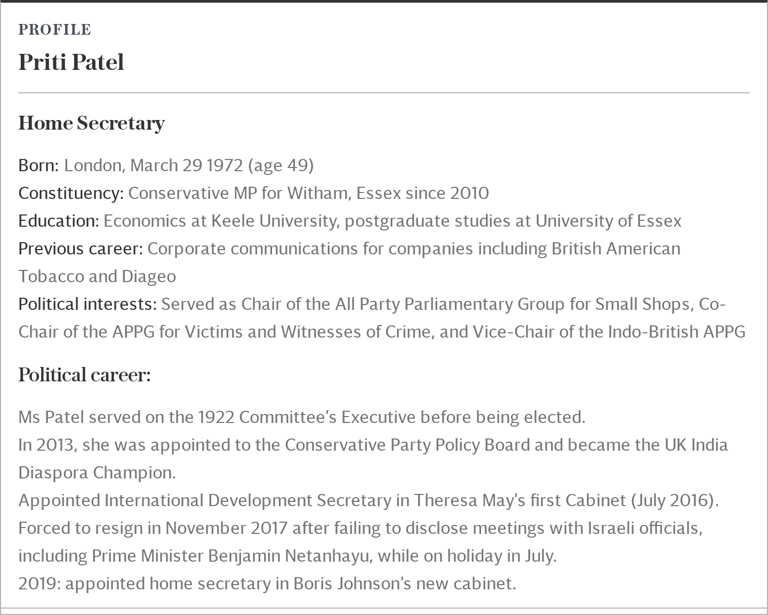 One ally of Ms Patel said: “She wants to stay at the Home Office and at the moment she isn’t really interested in another role, because she wants to finish the work she started.

“This is going to be a government that will be fighting battles on all fronts and it needs people who can put out fires elsewhere so it can concentrate on the economy and the cost of living crisis. Priti Patel’s political skills should not be underestimated and there should be room for her in the next Cabinet.”

Other ministers who are expected to return to the backbenches include Greg Clark, brought back by Boris Johnson last month as a caretaker Levelling Up Secretary; Alok Sharma, whose role as Cop26 president will soon expire; and Nigel Adams, a Johnson ultra-loyalist who was given a Cabinet job as a minister without portfolio.