This may not have had the visceral intensity of victory over Liverpool, but it cannot be overstated how important a win this was for Erik ten Hag and Manchester United. If never wholly on top, this was exactly the kind of fixture that had so often undermined the club in recent years. But a superb second-half goal from Bruno Fernandes sent him back home with three critical points. The rebuild is underway. 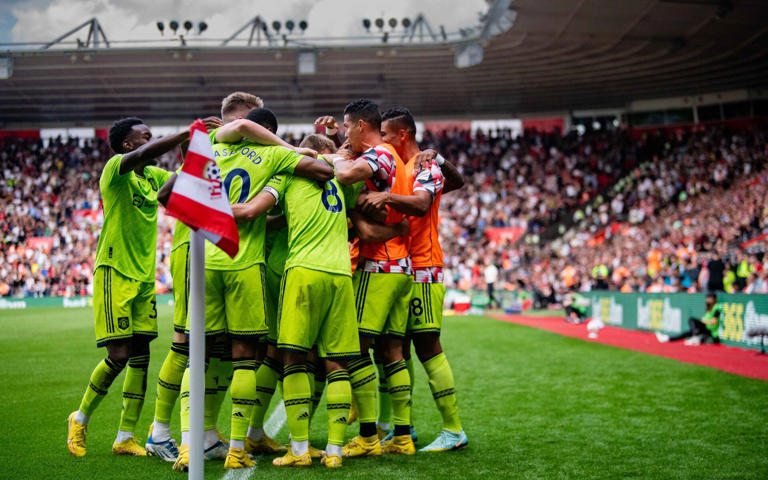 Southampton, buoyed by victory over Leicester, presented the real prospect of a banana skin. Though oddly it was United who turned out in the lunchtime sunshine dressed like under-ripe bananas. In the same lime outfit that had looked so preposterous at Brentford, they looked an altogether more robust proposition. And that was with their new signing Casemiro only providing a 15-minute cameo as substitute. 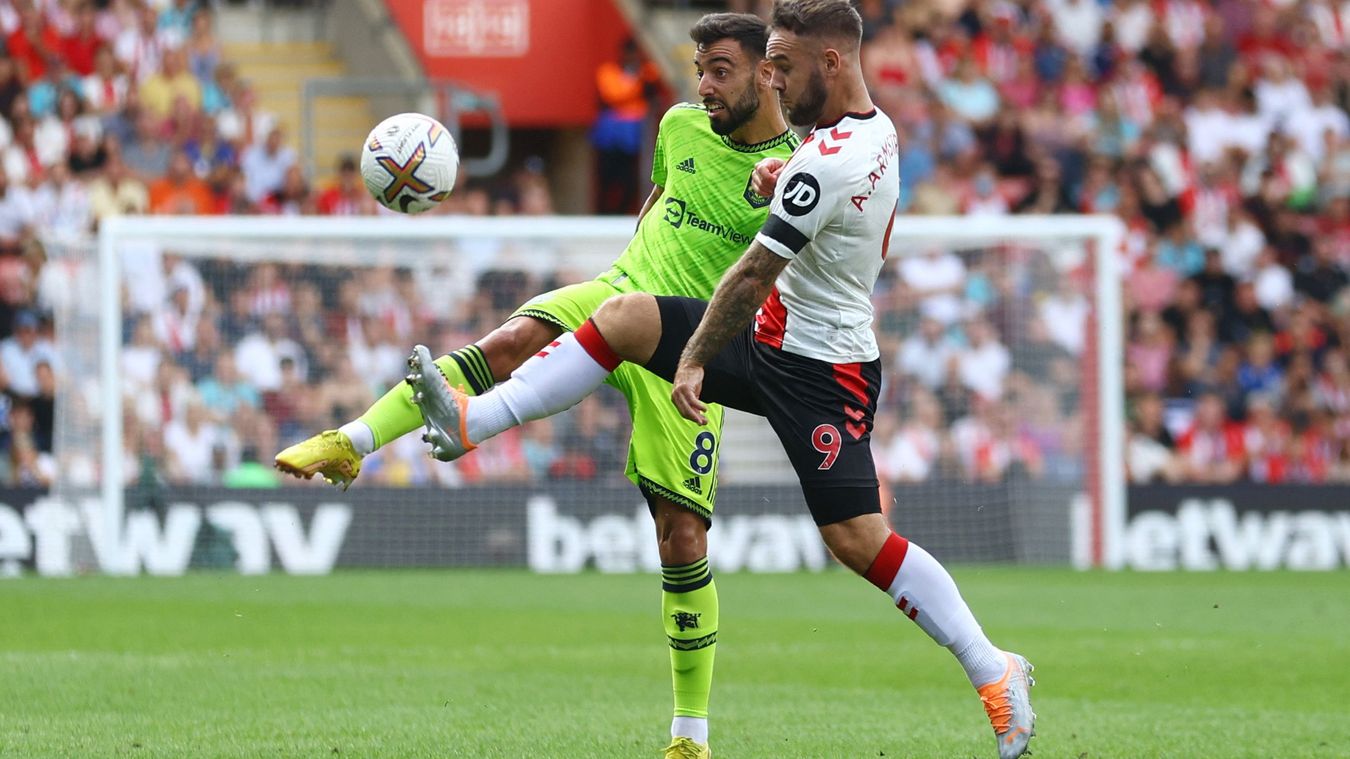 What Ten Hag has clearly sorted since the Brentford capitulation is United’s defence. The backline here looked altogether more robust. Raphael Varane was in complete command, while Tyrell Malacia appears a huge improvement on what had gone before: quick, nimble and hard to get past with his apparently telescopic legs sliding into challenges. Both sides had chances. United really should have taken the lead early in the first half but for an incredible sequence of blocks and saves from Southampton, as first Anthony Elanga then Fernandes, then Christian Eriksen had clear chances to score, Gavin Bazunu, Armel Bella-Kotchap and Kyle Walker Peters all throwing themselves into the path of the ball to protect their goal. It became quickly clear that Southampton’s centre-back Bella-Kotchap was more comfortable stopping goals than scoring them. He found himself alone and unmarked in the United area when a typically precise James Ward-Prowse cross arrived at his feet. Clearly unused to such moments, he miscontrolled then fired over. Che Adams did better, turning Scott Mctominay, but firing straight into David De Gea’s hands. 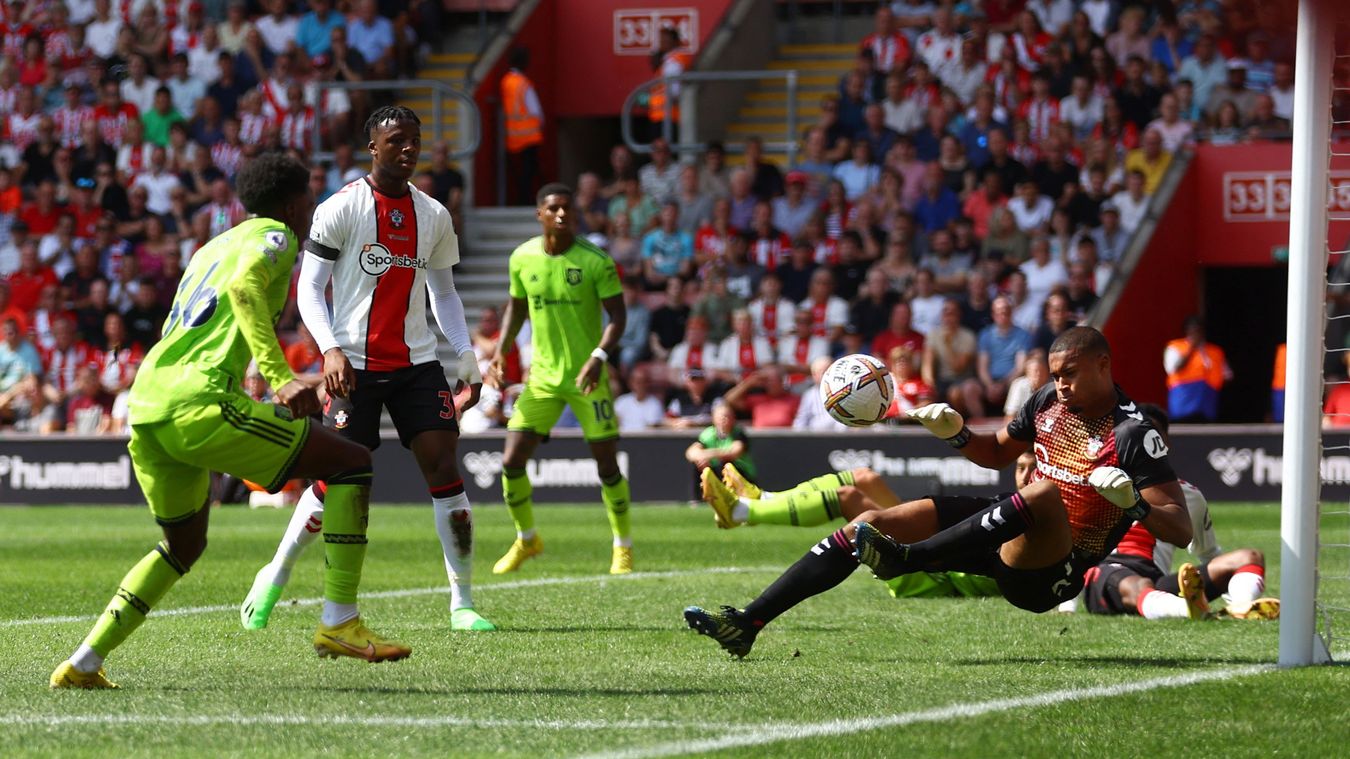 In front of that stout United defence, however, after playing so well against Liverpool, both Marcus Rashford and Fernandes began as if sinking back into the poor form that has dogged them for the past 12 months. For most of the first half Rashford was ineffective, while Fernandes was vague in his execution, underhitting his passes, trying bizarre long-range shots, contriving to lose possession. There was a revealing moment when McTominay was brought down by Joe Aribo as he turned on the edge of the area. In Ronaldo’s absence, Eriksen and Rashford lurked, hoping for a shot. Fernandes used the captain’s authority to overrule and hit his shot straight into the wall. 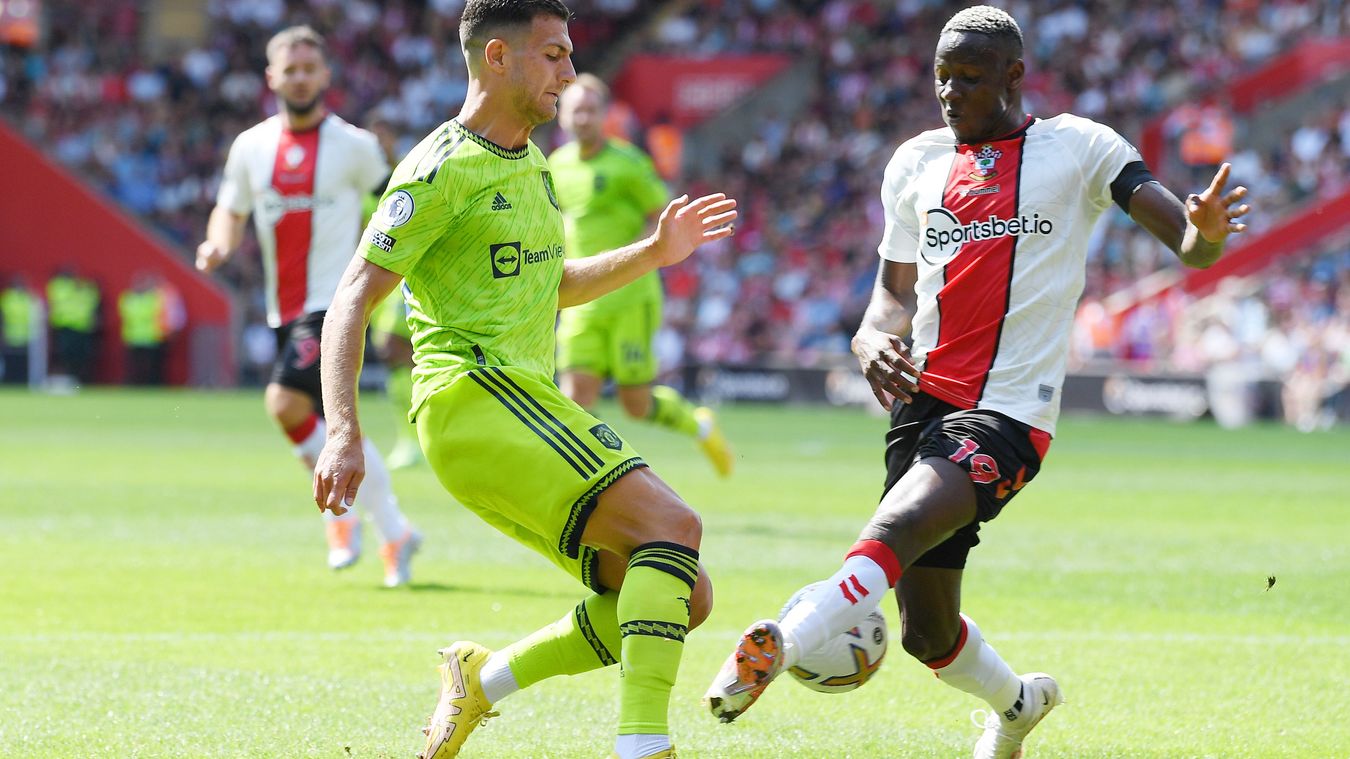 Clearly Ten Hag had words during the interval. In the second half, United looked altogether more alert. First McTominay, cleverly played in by Eriksen, stung Bazunu’s palms. Elanga was then let loose by a smart pass from Fernandes, he ran into the area, but was stopped by a superb challenge by Bella-Ketchap. Then came the critical intervention. 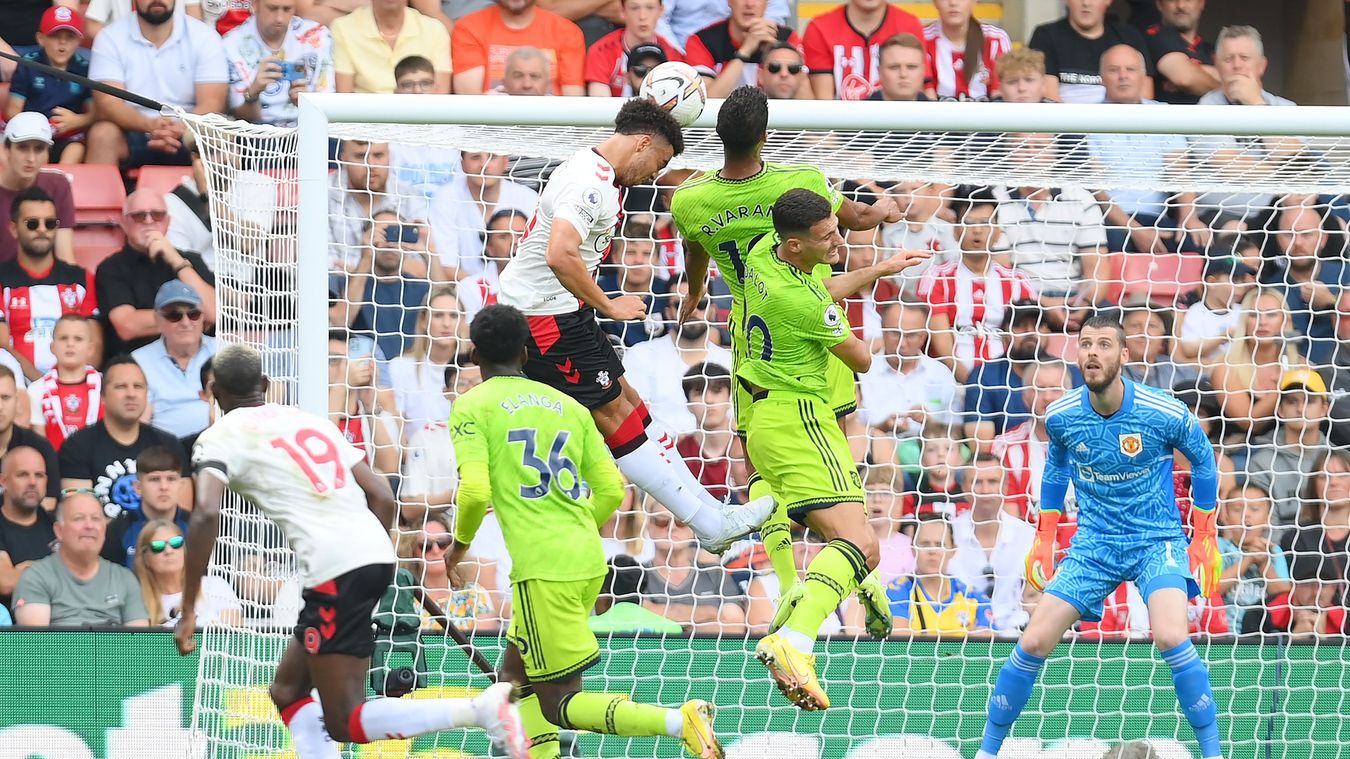 It was a superb goal from United, quick, precise, agile. Rashford laid the ball off to Diogo Dalot on the wing and his cross to the edge of the area was superbly fired home by Fernandes. Still, it required De Gea to keep his team in the lead with a superb save from Aribo’s header. And in added time an overhead kick from the excellent young recruit from Manchester City, Romeo Lavia, had to be scrambled away. But Ten Hag can be pleased with what he saw. Against a vigorous, determined, spirited Southampton, a corner has been turned. Let’s just hope we never see that awful kit again. 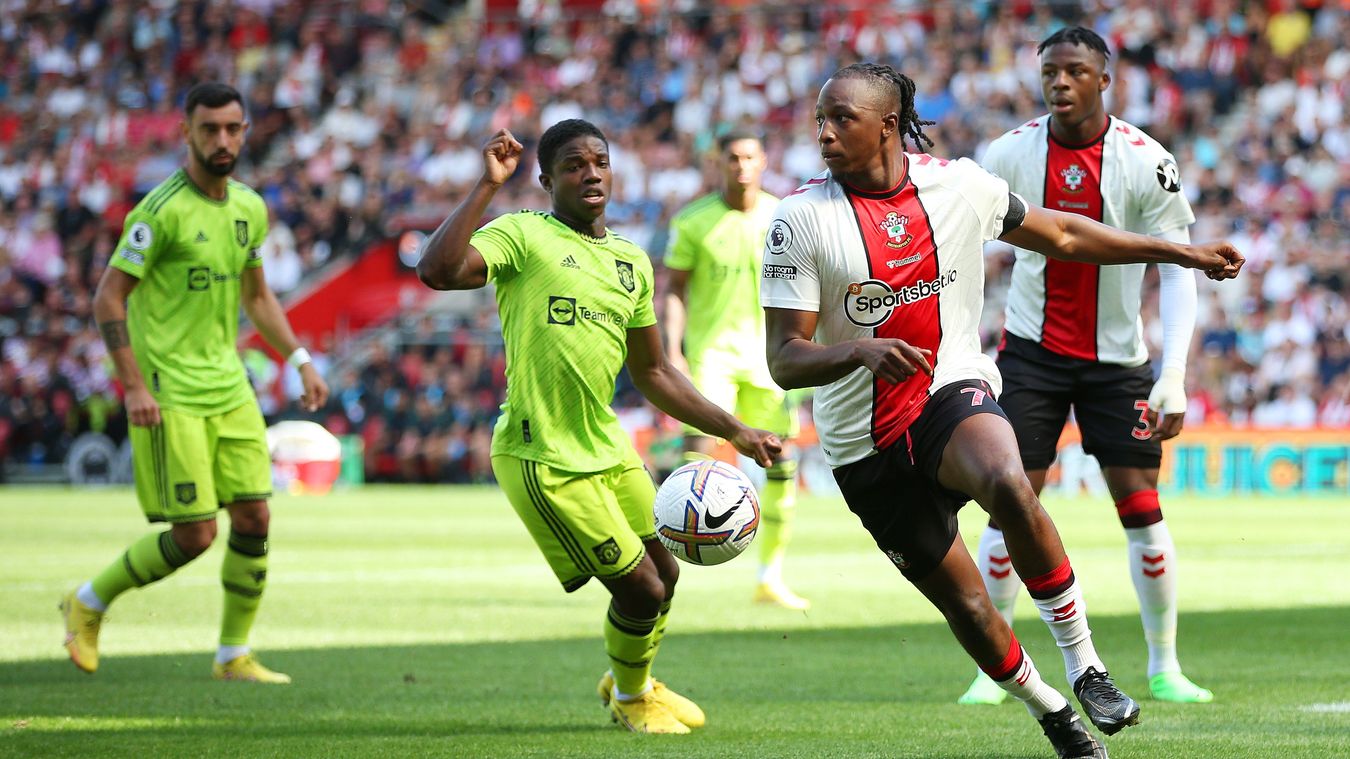 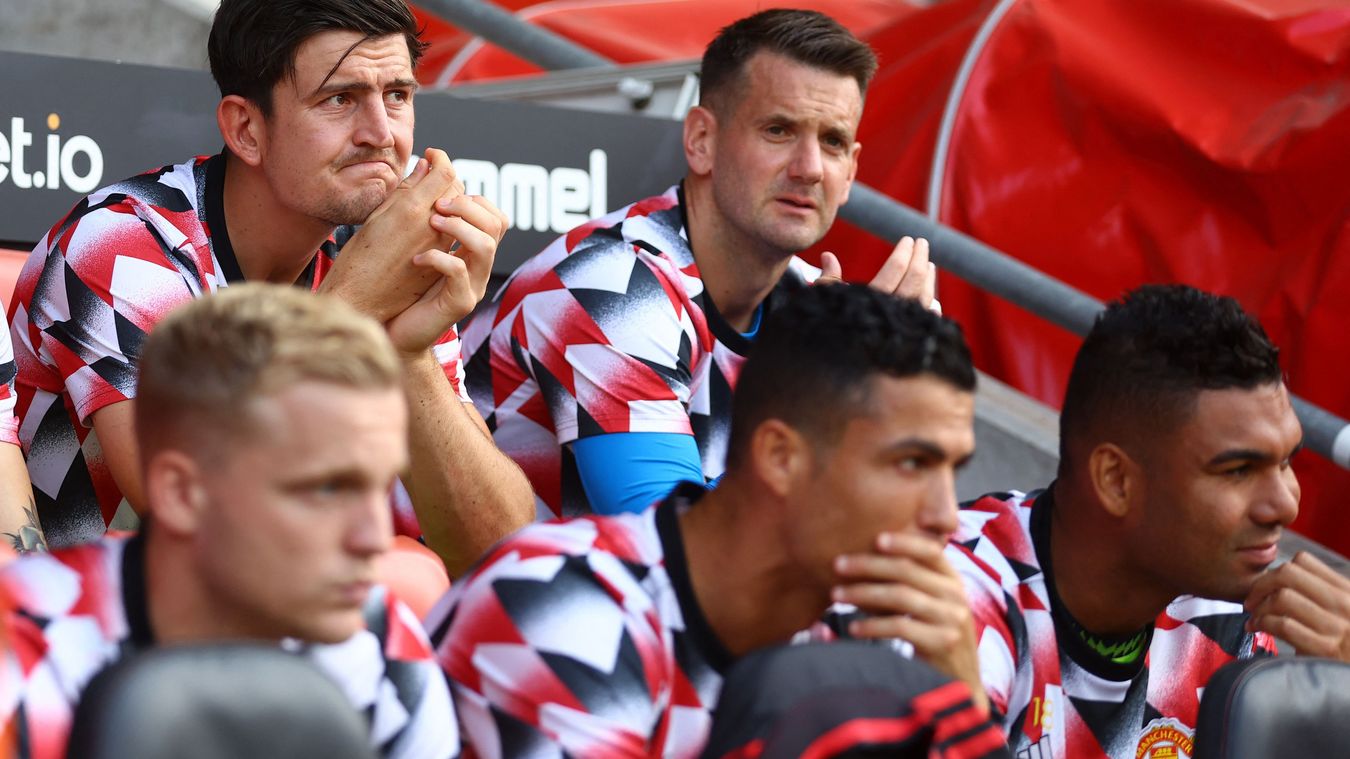