Kisiita, Bugangaizi East- Kakumiro District: Bugangaizi East land has been contested from as far as 1990s when “Bafuruki” were evacuated from Kabarole and Kamwenge areas to then Bugangaizi County in greater Kibaale District. 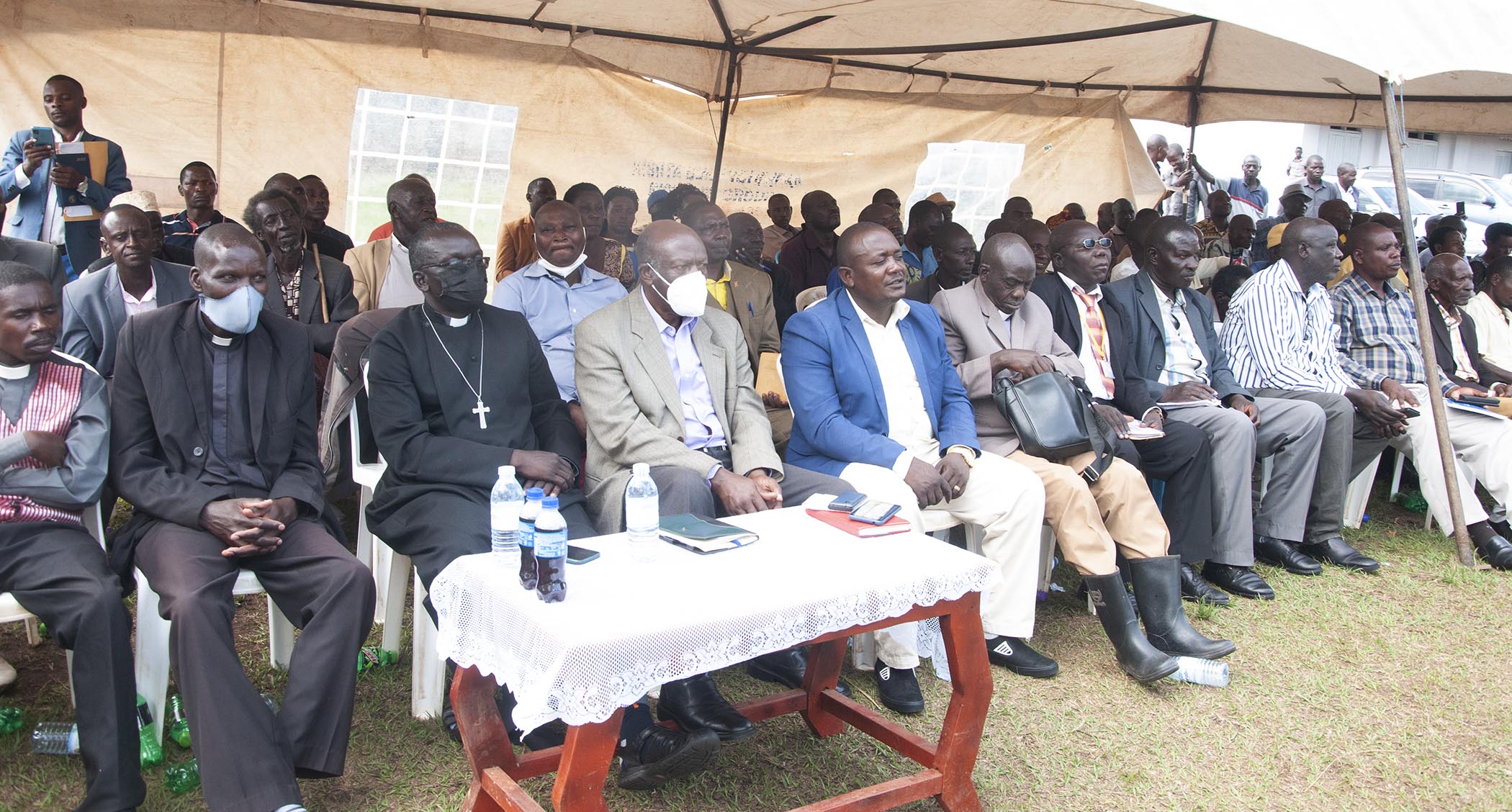 Aggrieved Bafuruki led by Kasapuli Denis raised concerns over many issues that included the many cases filed against them in the high court, Masindi, surbotage of long term developments since they have no ownership and many factions against Bafuruki acquisition of land titles.

Kasapuli had also requested the minister to issue and order for the withdraw of all cases against them such that government devises a clear way of harmonizing the matter that has rendered Bugangaizi East people in particular Bafuruki restless.

Kasapuli requested the minister that since Land Fund was instituted, let it be used to compensate credible landlords and let Bafuruki live a stable life.

“Hon. Minister, there are some negative interested groups who govillage to village asking money from the people in the name of filing what I may call uncoordinated and meaningless cases all in the name of failing us to get land titles, I would beg you stop them immediately because they are misleading people and failing our progress in this matter”. Kasapuli requested.

(Abafuruki)-meaning immigrants- were evicted by Government of Uganda from Mpokya forest reserve in Kabarole District in 1992  in the area called Mpokya and settled them in Bugangaizi, greater Kibaale where they have lived for now 30 years in harmony with indigenous people, the Banyoro.

However as time went on, political and land dominance erupted between the bafuruki and Banyoro which turned bitter but was later silenced by President Museveni though indigenous people went on to file cases in courts of law against Bafuruki.

Earlier in October 2009, an article was published in The New Vision and President Museveni was quoted,

The President urged the people dividing the Banyoro and the immigrants, locally referred to as Bafuruki, to stop it.

He also strongly advised the Bafuruki to stop politically antagonising the indigenous Banyoro, who welcomed and assisted them to resettle at the time of their migration.

In Uganda now, no local council chairman or any other local leader will chase away people from their land as long as they acquired it in respect of Uganda laws.

He said the only people who can be chased away from Bunyoro, are those who encroached on government land like forest reserves. 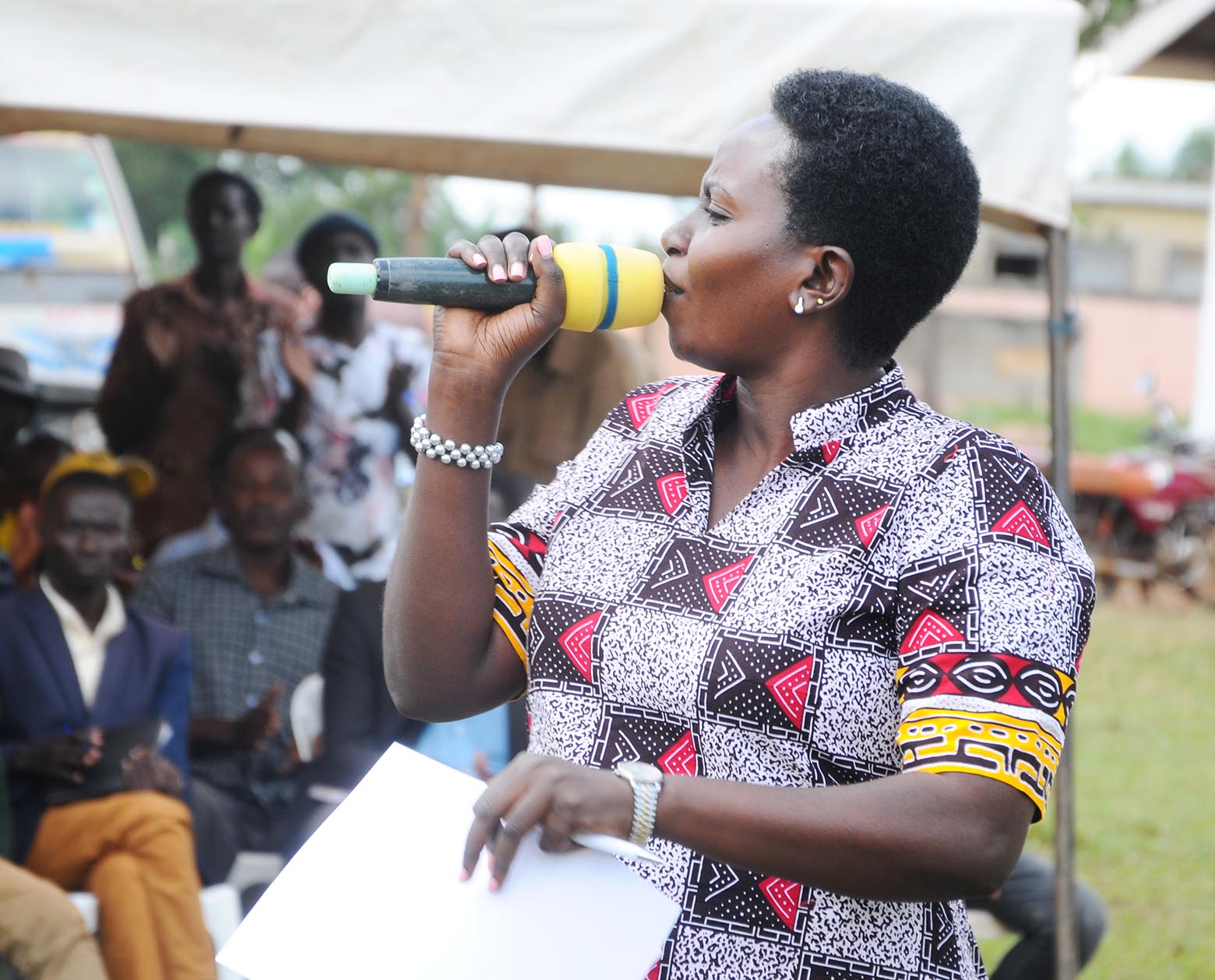 While giving a rejoinder, Bugangaizi East Member of Parliament Hon.  Agaba Aisa Black cried to Lands Minister Hon. Sam Mayanja that her people don’t sleep as they don’t have land titles, every now and then they think they are going to be evicted again.

She sought that her people be given land titles for them to stabilize saying they now cannot get a loan in banks, cannot engage in long term developments as a result.

“My people have been here for now 30 years but have lived an unstable life because their fate is not defined, I seek you talk to the president and our issue be expedited. All we need is simple verify credible landlords, compensate them and give each of us own title”. Aisa sought from the Minister.

“Of recent, Mzee Museveni said will not give us titles because people are used of selling land but how surely shall we implement the Parish Development Model, my people need individual titles and they’ll be sure that they have ownership of the land and can go on with their plans. She informed. 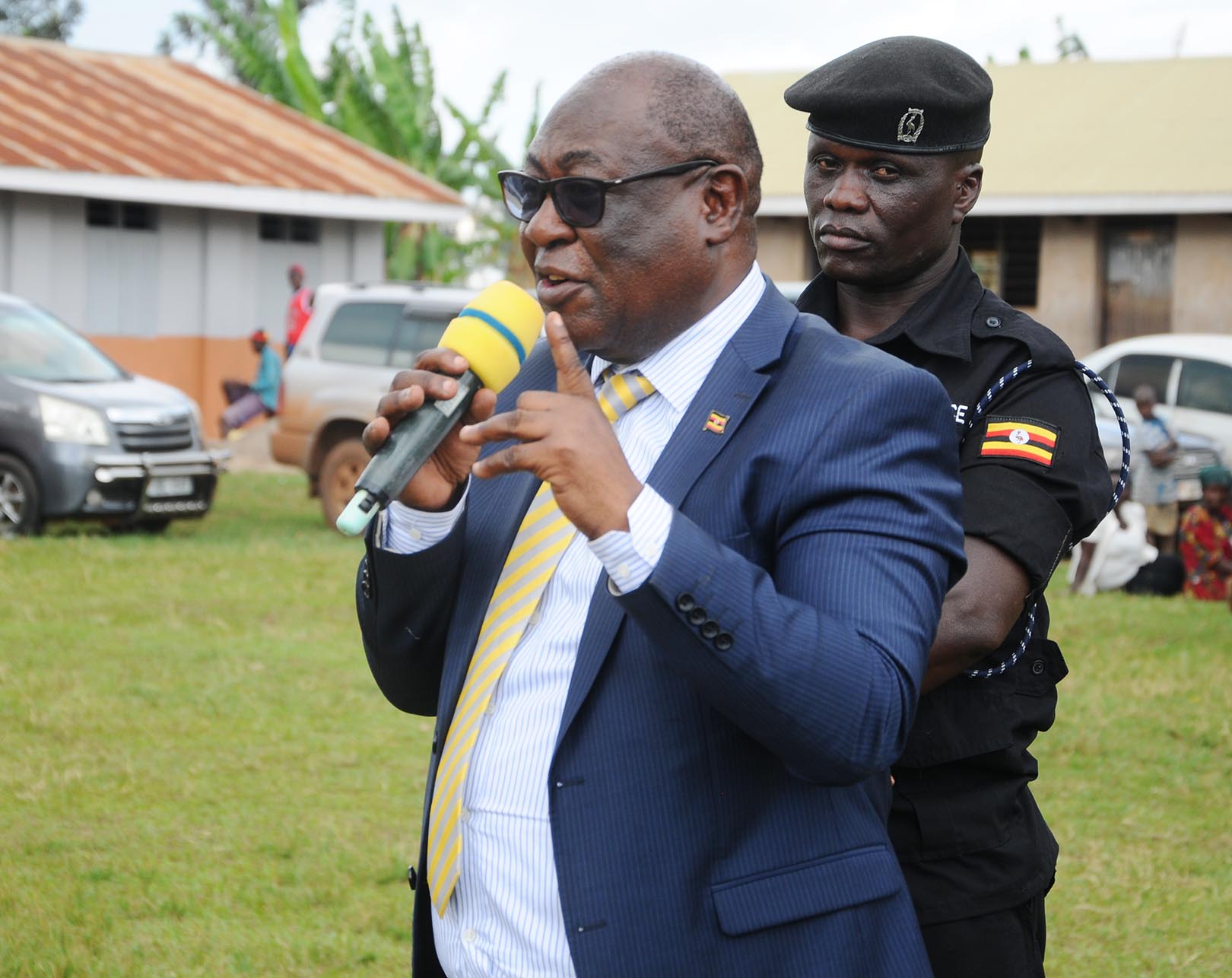 On invitation of the area Member of Parliament for Bugangaizi East Hon. Agaba AisaBlack, Minister of State for Lands Hon. Sam Mayanja confirmed the congregation that gathered at Kisiita Primary School in Bugangaizi East that all the bafuruki in the area will get land titles for them to live a confident life.

Basing in the constitution Article 237 (9) , Minister Mayanja say every Mufuruki is entitled to Registable interest on the land since constitution says all land belongs to Ugandans so everyone must get a land title.

“All legal or bonafide occupants by whatever name called, convicted of trespass charges on their own land must be released forthwith, if there is any victim, must be released immediately”. He quoted.

“All titles that were in this place from 1963 must be verified to understand genuine landlords because none of them of that time is still living”. Minister added.

Minister requested Bugangaizi East Member of Parliament Hon.  Agaba Aisa Black to form a taskforce of competent people that will work hand in hand with Lands ministry’s Administrator General for titles to see this issue expedited.