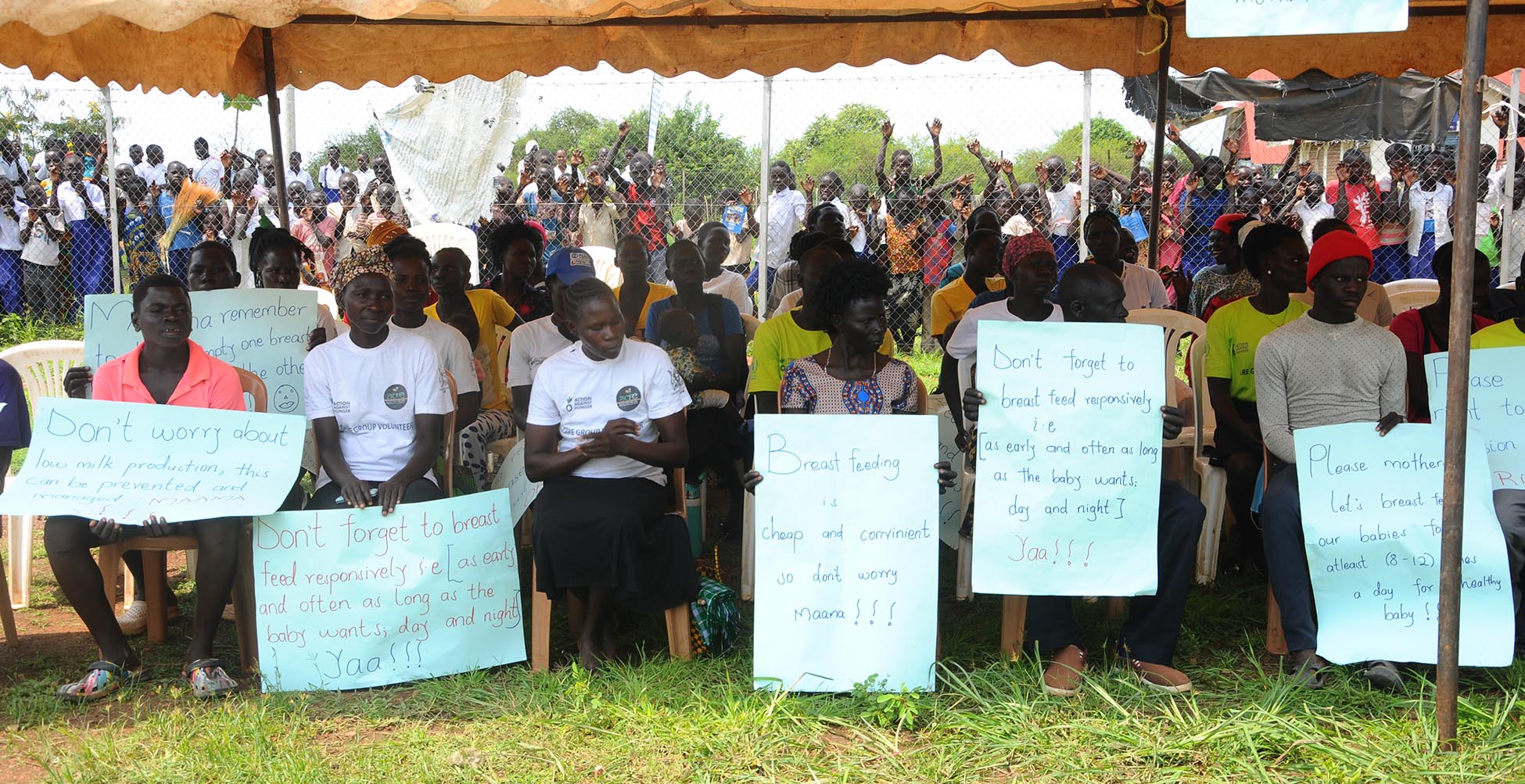 Mothers and fathers are seen holding placards during World Breastfeeding Commemoration in Yumbe District on Wednesday. By Julius Mugaga Tukacungurwa

In Yumbe district particularly this has been evident according to officials. Women are mistreated through making them do heavy activities like digging large portions of land for long hours, carrying heavy things like firewood rendering them less time for breastfeeding. 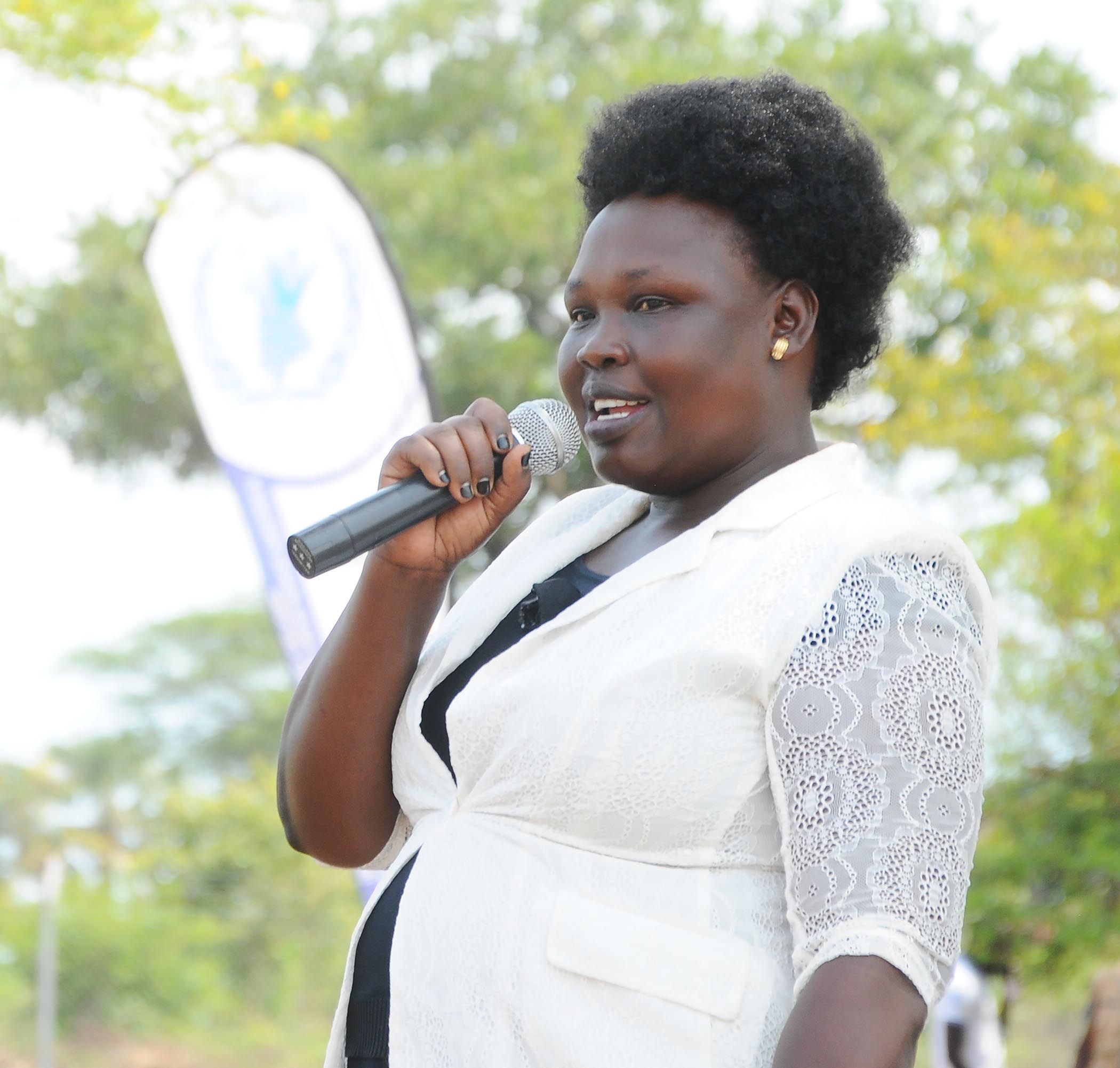 Maturu revealed that there is still backward thinking amongst men that producing many children is pride yet it’s one of the barriers to up-bringing a healthy and well-nourished baby and mother.

She appealed to men to give ample time for their wives to comfortably breastfeed their babies saying; mothers’ mind should be relaxed in order for them to communicate with their children during the process as this creates a bond between the two.

“As a district, we are engaging implementing partners in line with health and nutrition programs to always have community dialogue with all members of the society targeting men on the importance of supporting their wives in order to have healthier and happy families”. Maturu said.

She commended partners especially Action Against Hunger for their great interventions in nutrition-where she cited Care Group Mothers, food security and livelihood programs in the area that has transformed people especially in Bidi Bidi Settlement and host community.

Okot Maxwell the Protection Officer at United Nations High Commission for Refugees Yumbe Base rallied the community to take in and exercise all the information on breastfeeding as this will help families of refugees and host community have healthy and well grown children that will be productive in future.

He informed that UNHCR is committed to intervene in all programs in line with maternal/mothers-Child health and rising the plight of women in Refugee communities countrywide.

He called on fellow partners for collaboration as it has been in order to better the levels of breastfeeding in communities.

Speaking at an event, Grace Musitwa the Nutrition Officer at Action Against hunger Yumbe Base appealed to mother to breastfeed their children for the first 1000 days of life right from conception to 2 years.

Grace said that this will help overturn the poor statistics registered for breastfeeding in 2020 where by it was found that 6/10 of children were exclusively breastfed, 3% mixed-fed and 2% were not breastfed at all.

“As ACF, we have created Neighbor mothers who help cascade breastfeeding information to fellow mothers who might not be well versed with such in the Settlement and host communities and it is seeing success as many have testified it”. Grace noted. 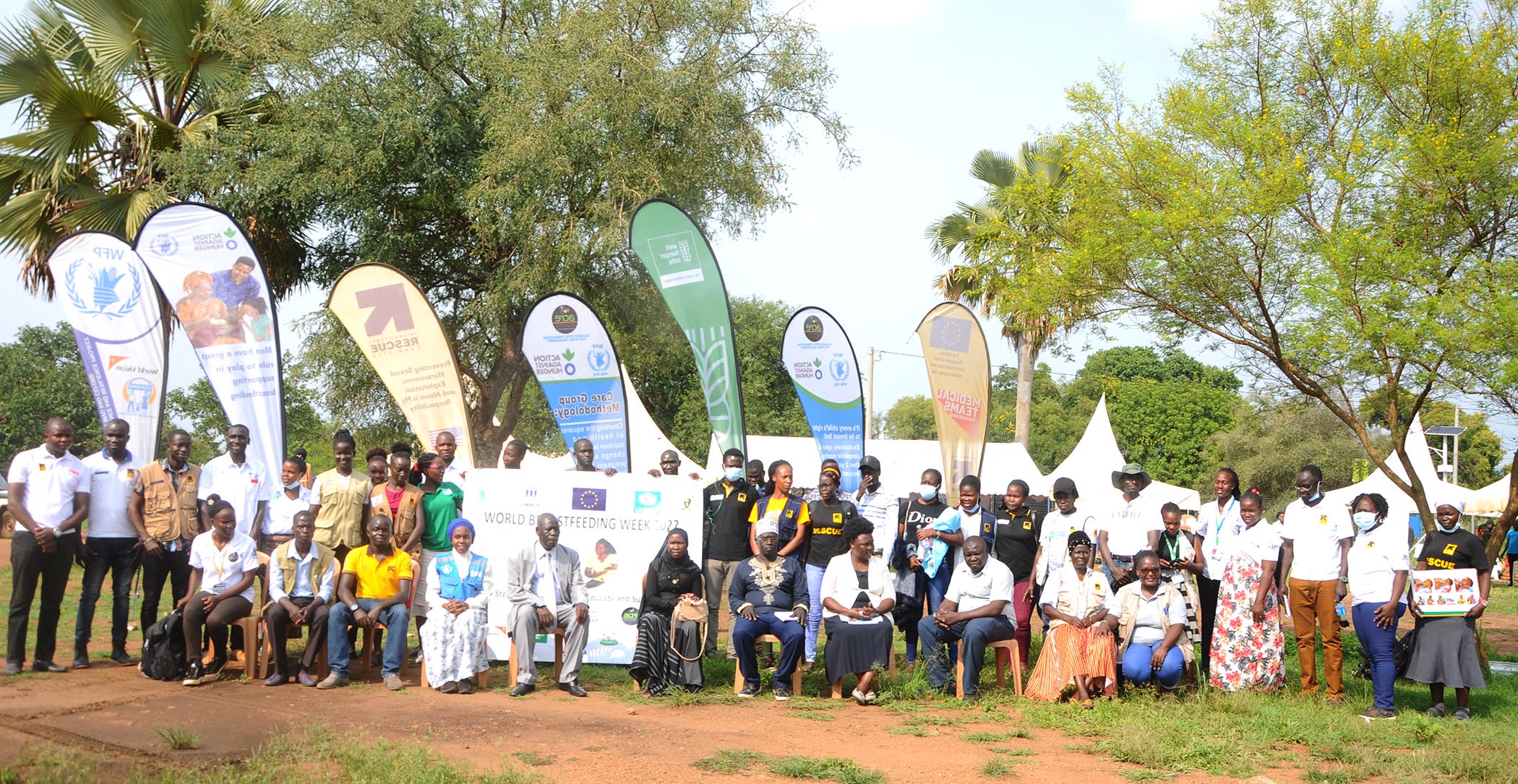 He as well pointed that, ACF helps families set up kitchen gardens where they grow nutritious food that support them grow their children immunity and generation of breast milk.

It should however be noted that breastfeeding is good for a child and a mother as it provides ideal nutrition for babies, contains important antibodies, reduce disease risk, promotes baby’s healthy weight, make children smarter,

It helps mother lose weight, helps the uterus contract, Mothers who breastfeed have a lower risk for depression, reduces your disease rise, may prevent menstruation, saves time and money etcetera.