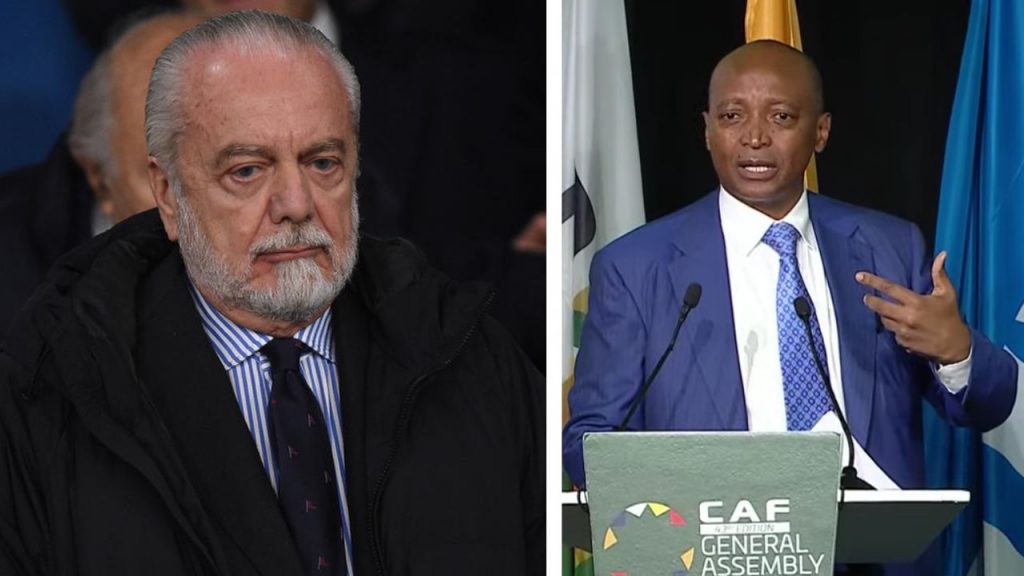 Few days ago, the Italian said he wants to hear nothing about African players as he told them to say goodbye to the AFCON in case they sign for Napoli in the future.

“Enough with Africans, unless they renounce on playing the African Cup of Nations,” De Laurentiis said during a streamed event on Wall Street Italia.

“I will not buy them anymore for that reason. We pay their salaries to send them all over the world to play for others right in the middle of the season.”

“CAF is appalled by the irresponsible and unacceptable remarks made by Napoli President, Mr Aurelio De Laurentiis on African players and the Africa Cup of Nations.

By publicly declaring that players who sign for Napoli must sign a waiver denouncing participation in the Africa Cup of Nations as a condition of employment, De Laurentiis’ comments likely to fall under Article 14 of the UEFA Disciplinary Regulations. CAF therefore urges UEFA to initiate disciplinary investigation against him.

CAF is committed to the role that football plays in Africa, Europe, North and South America, Asia and globally of bringing together and uniting people of different cultures, language groups, races, ethnic groups and religious backgrounds.

We have no doubt that Napoli and UEFA are as committed as CAF is to these global humanitarian objectives.

Are we to assume that the Chairman of Napoli is going to include similar restrictive conditions to players from South America, Asia and other Confederations prohibiting them from playing in their Continental competitions which are important for the development and growth of football globally?

The African Cup of Nations is the flagship competition of the African continent and one of the leading global football competitions. Its last edition in Cameroon was shown in more than 160 countries and attracted more than 600 million viewers.”