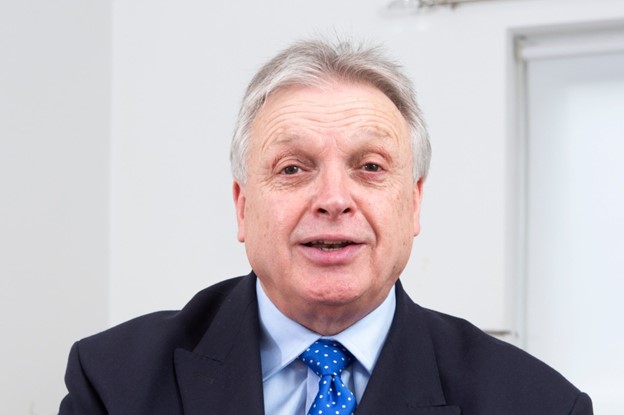 Ex- Manchester United director Michael Knighton has confirmed that he’s planning to buy the club from the Glazer family.

The flamboyant 70-year-old businessman, who famously came close to buying the club in 1989, hopes to submit a formal bid as part of a consortium which aims to end the Glazers’ tumultuous 17-year-old reign. Red Devils fans continue to rally against their American owners, with an anti-Glazer protest drawing support from hundreds ahead of United’s first Premier League game of the season on Sunday.

A peaceful march from Media City to Old Trafford preceded Erik ten Hag ‘s side suffering a calamitous 2-1 defeat at the hands of Brighton, but there could be hope for those disgruntled Red Devils fans thanks to Knighton’s takeover plot. In an interview with Man Utd The Religion, the former infamous Carlisle United owner – once labelled “the most reviled man in Cumbria” – revealed that he’s “ready and waiting” to shepherd in a “hostile” bid that can usurp the “useless” Glazers.

“We are a club in crisis and we all know the reason why. We have an inept and frankly useless ownership who know little about this game of football,” Knighton declared. “Everyone knows that we need new ownership of this football club and that is my aim and those are my objectives. I am making good progress, continuing to talk to the people, I have got some good pledges and good finance.

“We are now working on the offer document. Remember, it is a hostile bid – that simply means that the club isn’t officially for sale. But my intention is to present these owners with a legitimate, potent and commercial offer to say: ‘You have run out of road, it’s time go, because your time is up’.

“And frankly, the fans worldwide have had enough of this regime. The exciting feeling of a new season, which we all have, and that balloon of excitement that is there, it was all burst when we quickly saw the performance against Brighton. The club is in crisis and it will remain in crisis while we have this current ownership.” Get involved! Is it time for the Glazers to sell Man Utd? Let us know your verdict in the comments section.

“Putting this bid together, I don’t need to be the front person, I don’t need to be the spokesperson. I just want to see our Manchester United Football Club in the hands of proper football people with proper vision. We need to repair our stadium and put our club back where it belongs. We are in crisis and it won’t alter until they go.”

Knighton, who also noted that United fan and billionaire Sir Jim Ratcliffe coming forward after years of bubbling speculation about buying the club would “solve all our problems,” added: “My consortium is ready and waiting. The funds are pledged. The offer document is being drawn out and it will be presented… Until Jim comes, my consortium will be placing their bid very shortly, that I can guarantee you.”