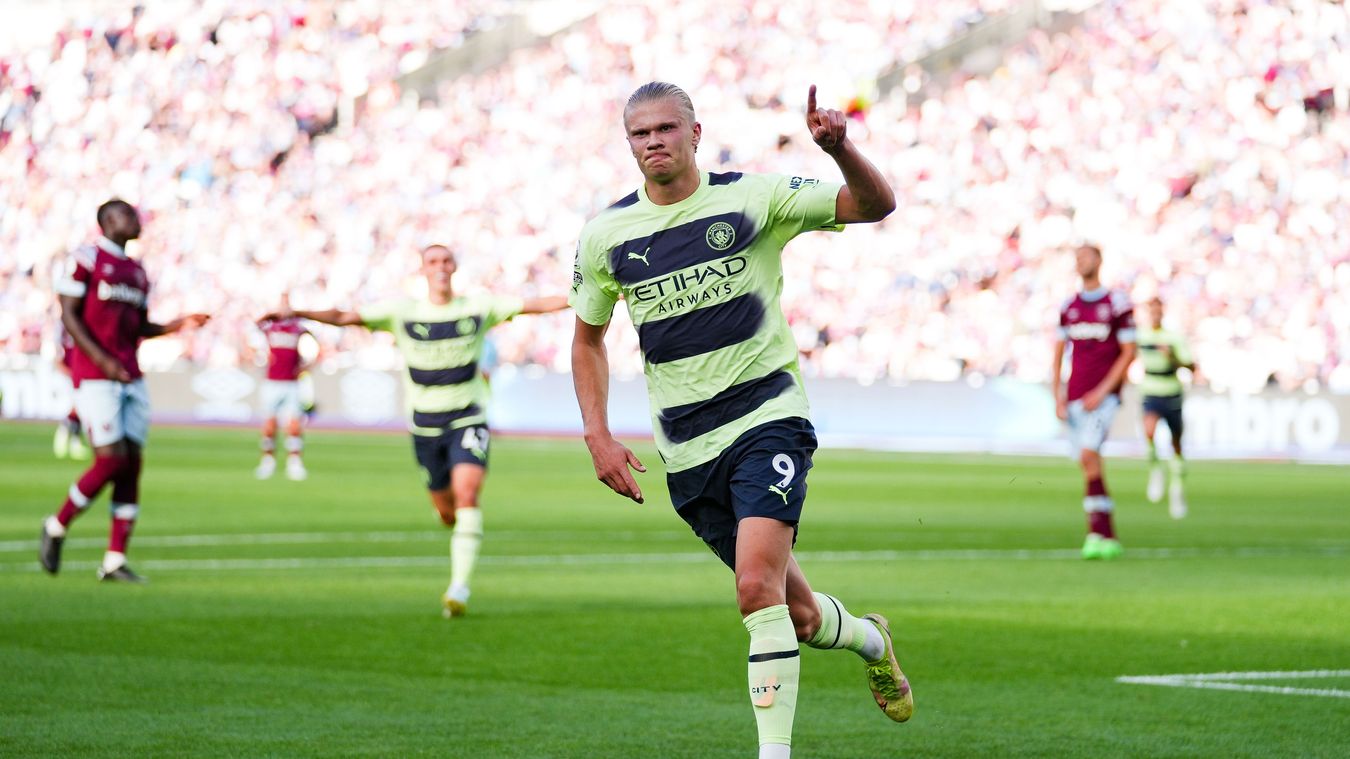 Erling Haaland and Manchester City sent a warning to the rest of the Premier League in their 2-0 win over West Ham United at London’s Olympic Stadium on Sunday. 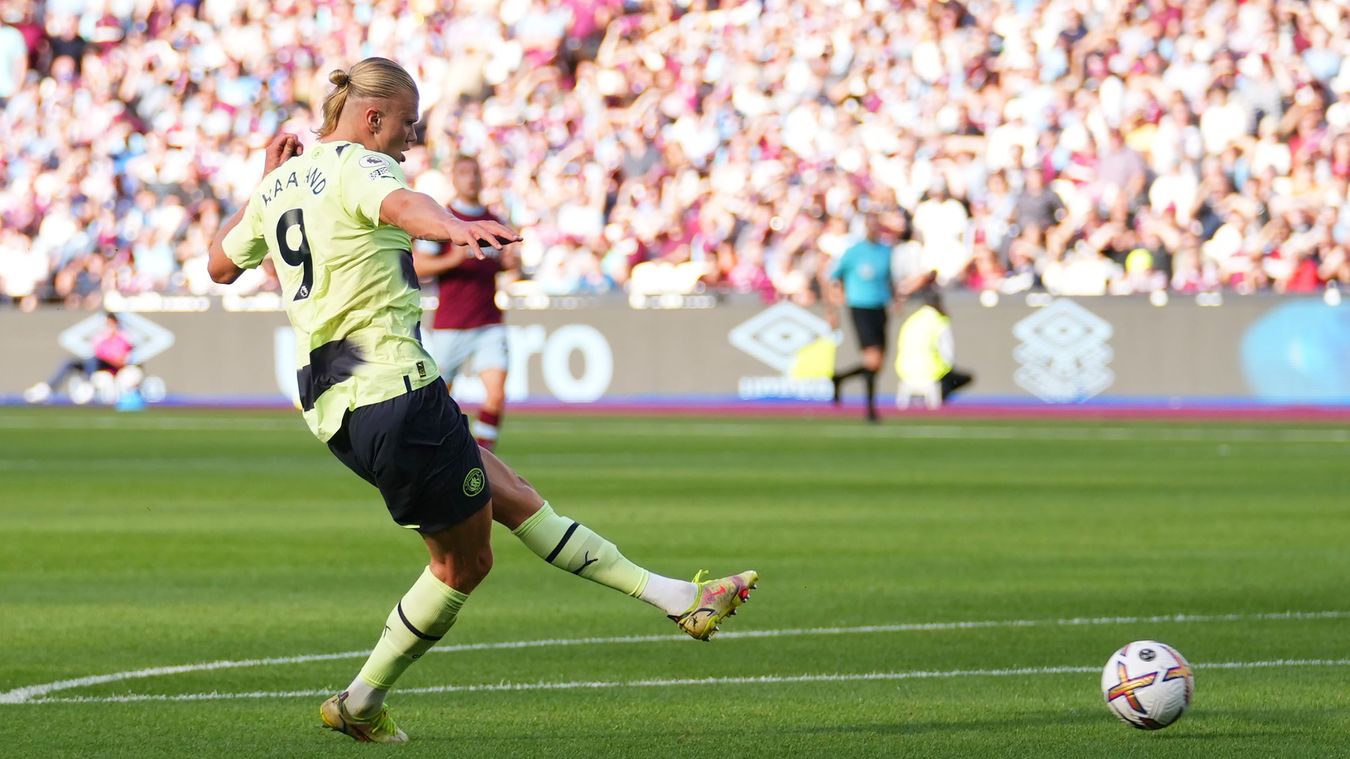 If the Norwegian star striker could score two goals while still learning how to play in Pep Guardiola’s system, how’s it going to look when he’s comfortable? 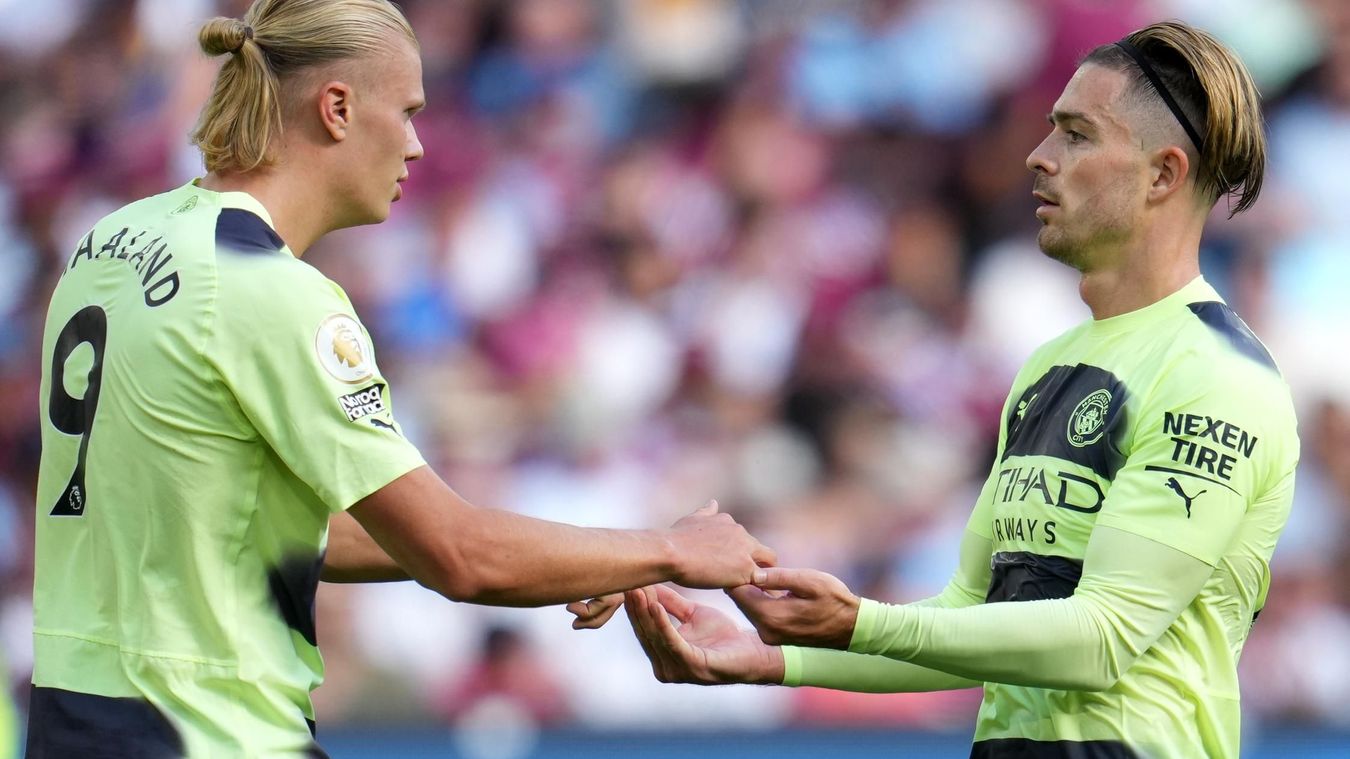 Haaland won and converted a first-half penalty then teamed up with Kevin De Bruyne to complete his brace in highlight-reel fashion during a second half that rarely saw the Premier League champions looking for the ball. 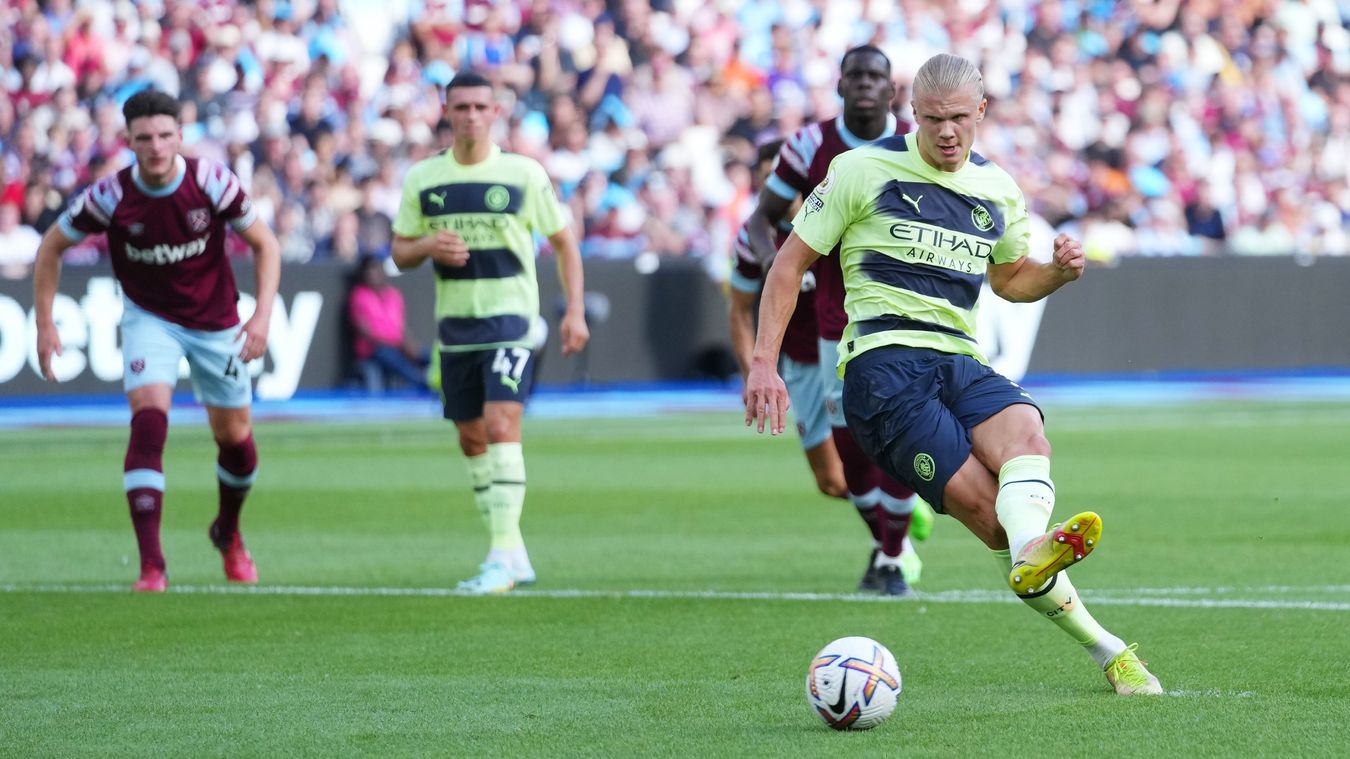 All-in-all, it was a terrifying sight for clubs who know that West Ham is better-seasoned than many of their Premier League competitors.

Leicester City vs Brentford: Bees buzz back to get nice away point Manchester United vs Brighton: Seagulls glide through Red Devils Everton vs Chelsea: Jorginho penalty the difference in slog

What we learned from West Ham vs Manchester City 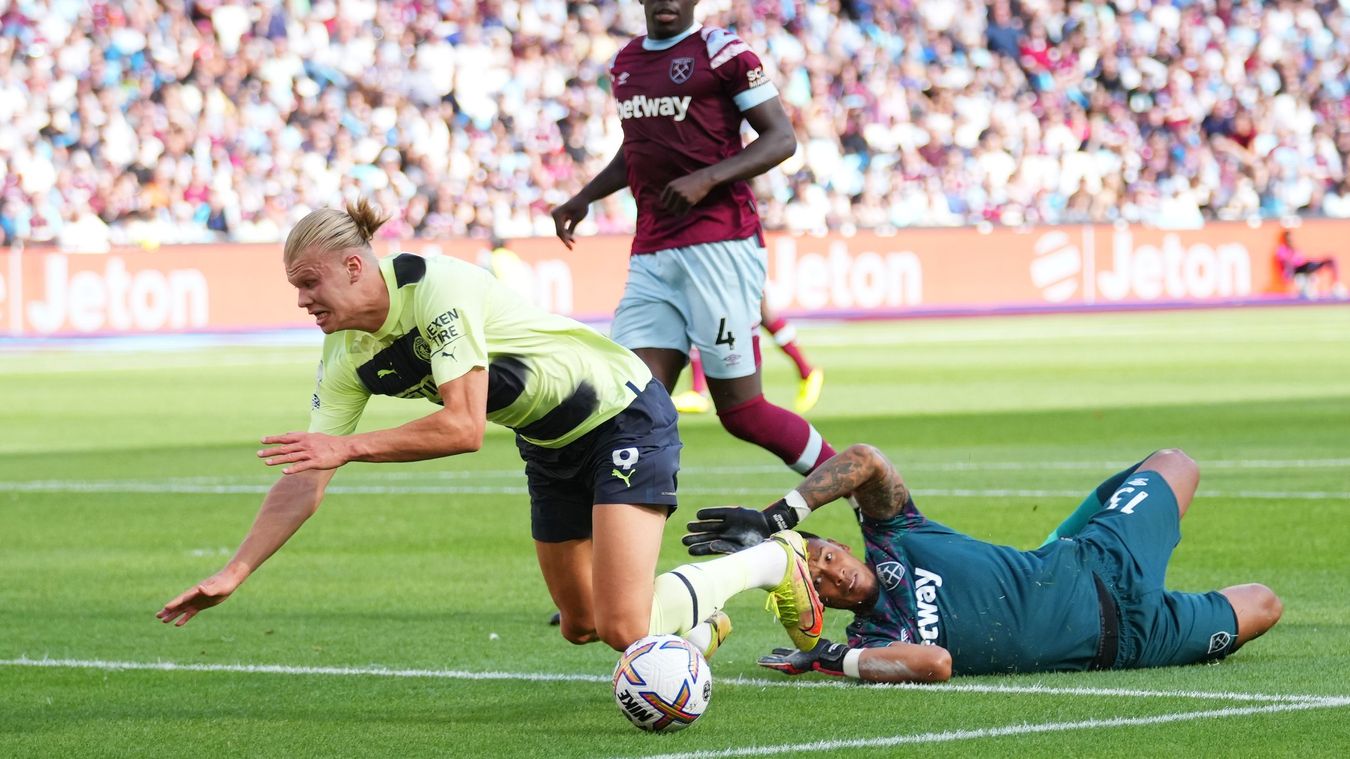 This is more confirmed than learned because most observers believed Erling Haaland would do just fine in the Premier League, but seeing is believing as a combination of a limitless motor with Erling Haaland’s physical blessings is almost too much to fathom. 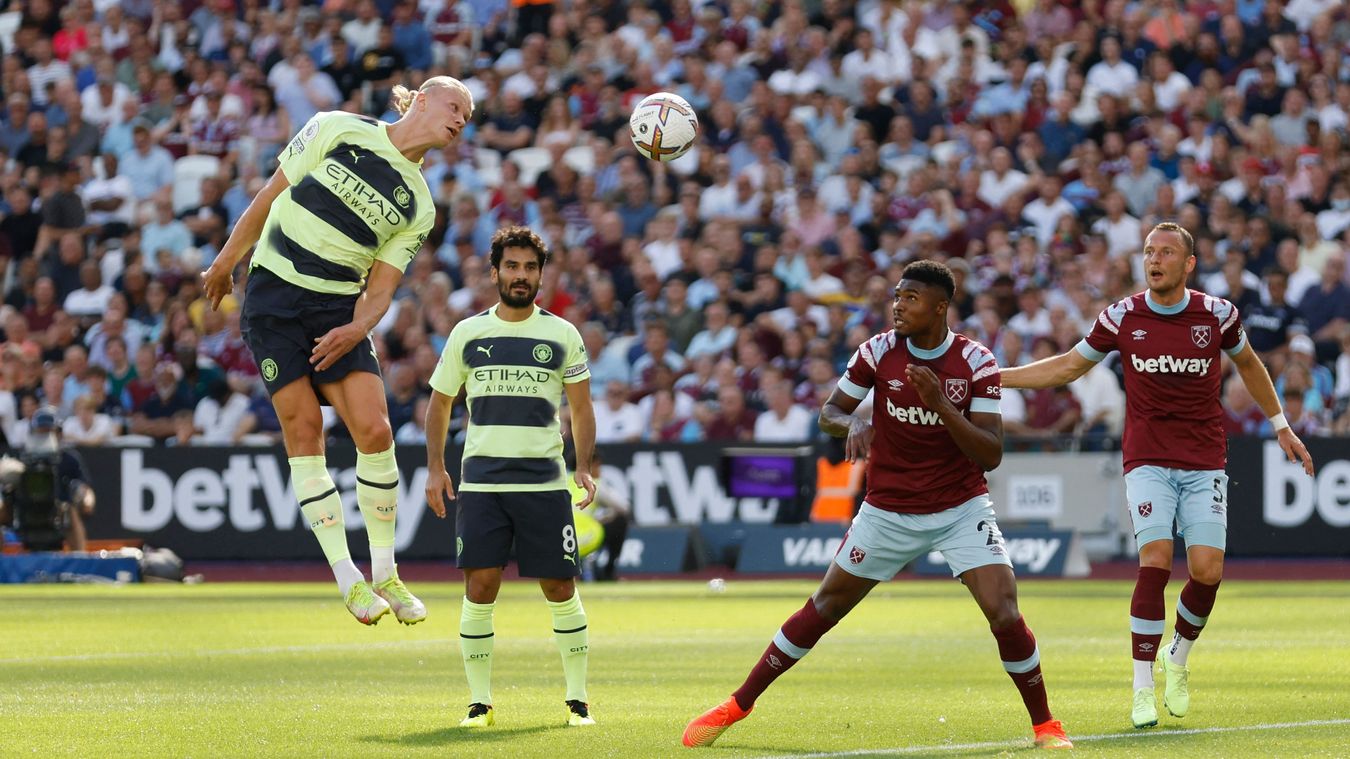 The big Norwegian was a threat to score in nearly every possession. He didn’t look super tidy in the small spaces but he was in the right places and that should send fair warning to the rest of the continent that the move from Borussia Dortmund to Manchester City’s going to be a very, very productive one.

🔥 My word, what a duo. What a pass from Kevin de Bruyne (obviously) and Erling Haaland with the perfect run and calm finish as he adjusts his body Thierry Henry style. #MCFC now have a whole new dimension to their play.

West Ham is going to be fine, and Scamacca shows promise

A record crowd hit a West Ham match to see their boys take on the champs and probably won’t be too surprised at the result.

But new signing Gianluca Scamacca provided them with hope that he’s their long-sought megastar center forward.

That’s not to say that Michail Antonio hasn’t been a star and very servicable, but the reason the Irons are always linked with a new forward is that they’ve yet to find that next level beyond an Antonio or Marko Arnautovic (How Sebastien Haller didn’t work out remains a puzzle).

With players like Jarrod Bowen, Pablo Fornals, Manuel Lanzini, and Said Benrahma capable of playmaking with the very best in England on their day, having a world-class finisher could be the edge the Irons need to reach the next step in their European journey.

Scamacca was bright in his substitute’s role and both comfort and fitness should combine to give the Sassuolo man as good a chance as any to be their answer.

It’s over-simplifying to say that City only needed one tactic on Sunday, especially considering that Pep Guardiola had two very inverted fullbacks in a system that deserves plenty of analysis, but just look at the play that led to Haaland’s penalty.

Haaland’s repeated drives toward the City back line forced West Ham’s defenders to make the very tough and not always obvious decision: Do I cheat and hope to stay with this explosive specimen, or do I hope he’s offside, knowing that if I’m wrong I’ve allowed one of the world’s most clinical finishers 1v1 with my goalkeeper.

Here’s a time he was onside, and the keeper was not prepared for the deft touches that somehow are a part of such a powerful package.

Stars of the show

Kevin De Bruyne: Heard of him? The Premier League Player of the Year looks ready to roar in a World Cup year.

Rodri: He’s just always there. If the Spaniard isn’t on the ball, he’s around it or in the right place to get it. One of the world’s very best footballers.

Phil Foden: He just turned 22 in May…. and he’s only getting better.

Declan Rice: West Ham kept grinding and it’s difficult for the Irons to have any passengers when their captain is working this hard.

West Ham heads to what will be a rowdy Nottingham Forest for a 9am ET Sunday scrap, one day after City hosts Bournemouth in a rare 10am ET Saturday tilt