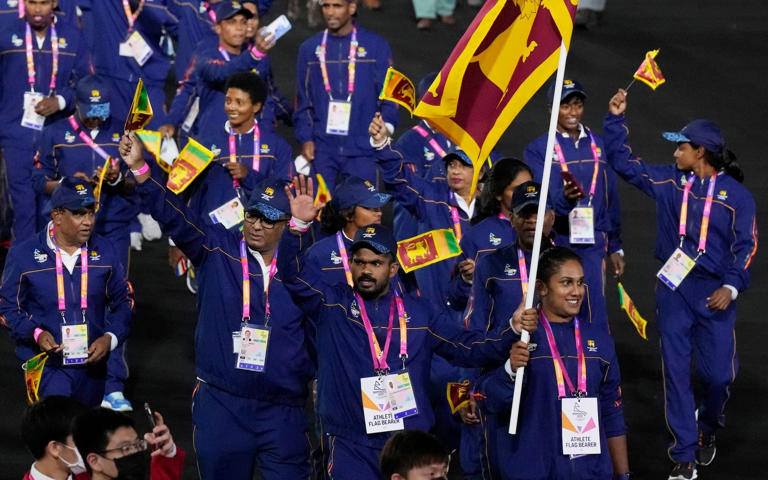 Sri Lankan athletes competing in the Commonwealth Games have been forced to turn in their passports after some of their teammates absconded amid fierce unrest back home. Sanith Chathuranga, one of Sri Lanka’s male wrestlers, disappeared from a medical centre in Birmingham after testing positive for Covid-19, it emerged on Thursday.

It is believed that the athletes could apply for asylum in the United Kingdom as Sri Lanka grapples with one of the world’s worst economic crises.

Over a quarter of Sri Lankans are in need of emergency food aid, according to the World Food Programme.

Police in Birmingham confirmed they are looking for the missing athletes while the remaining members of the 161-strong Sri Lankan contingent at the competition have been instructed to turn in their passports.

“We have asked all athletes and officials to submit their passports to our respective venue officials in all the villages after the incident,” said a Sri Lankan team spokesman.

“The police are investigating and the three cannot cross the UK borders. What has happened is really unfortunate.”

Meanwhile, Sri Lanka is poised for further unrest after demonstrators said they would defy demands from police to clear the Galle Face site in the capital of Colombo by Friday evening, which has been the epicentre of nationwide anti-government protests since April. Protesters had called for a mass demonstration on August 9 in Colombo, in an attempt to get Ranil Wickremesighe, the country’s new president, to resign.

Mr Wickremesinghe is seen as an ally of Gotabaya Rajapaksa, the now deposed president who resigned on July 14 after protesters stormed the presidential secretariat and refused to leave until he stepped down.

Mr Wickremesinghe has also angered many Sri Lankans after abandoning his support for the peaceful demonstrations and launching a civil society crackdown this week.

Influential religious and student leaders who have organised protests have been beaten, arrested and placed on “no fly” lists.

Mr Wickremesinghe has warned that further unrest will delay ongoing negotiations with the International Monetary Fund for a bailout.

Bankrupt Sri Lanka owes over £39 billion to lenders but only has around £100 million in the bank, resulting in nationwide shortages of fuel, food and essential medicines.