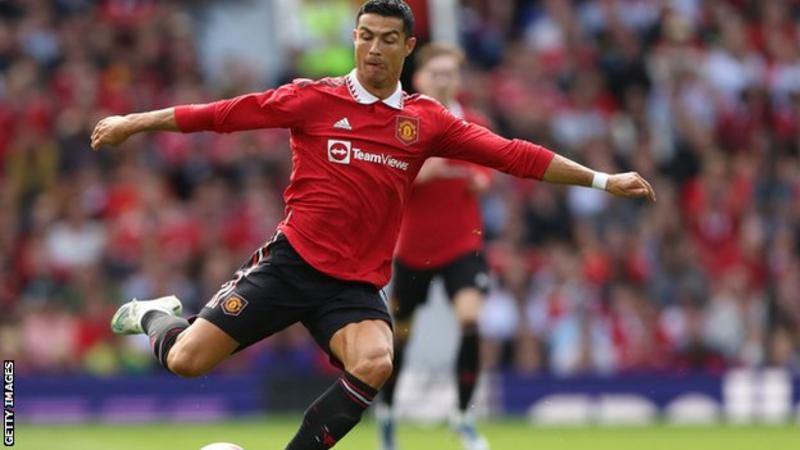 Manchester United manager Erik ten Hag has backed Cristiano Ronaldo to enjoy the new season at Old Trafford – if he proves his fitness and commitment. The 37-year-old has dominated a lot of the pre-season talk at United amid his reported desire to leave. While the Red Devils have dropped into the Europa League for the new season, Ronaldo wants Champions League football.

His agent, Jorge Mendes, is still scheming to get his star client a move away. But that is proving tough, with Atletico Madrid the latest in a line of teams to dismiss a transfer.

Meanwhile, Man Utd continue to insist that Ronaldo is not for sale. Ten Hag has previously stated that the Portugal star forms a key part of his plans and he has reiterated that message.

“He’s a fantastic football player, he’s proved that so many times, but you are always judged on what you are now, what you are presenting now, performing now.

“The team, and Cristiano himself, has to prove it.”

The comments come after Ten Hag laid down the law to Ronaldo over his decision to leave Sunday’s pre-season clash with Rayo Vallecano early.

The Dutchman labelled it “unacceptable” under any circumstances for any of his players not to stay with their team-mates and avoid showing appreciation for the fans.

One of the biggest jobs for Ten Hag this summer is getting his new squad in shape for the new season.

He clearly has work to do with Ronaldo, but he knows he needs more signings for Man Utd.

“We are really planning it carefully, and we are strict with it, hardworking, to get the right players in to construct a good squad who can win games.”

Asked to say if De Jong is on his shortlist, the Dutchman added: “No, I can’t. I don’t talk about a player who is not under contract at Manchester United.”

A lot of Man Utd’s rivals have already wrapped up their incomings in this summer’s transfer window.

The likes of Liverpool, Arsenal and Tottenham can all now focus on outgoings for fringe players. They can also evaluate whether those on the  for-sale list could yet re-enter their plans.

But for United, they not only have to focus on Ten Hag delivering results – but also adding major signings to his squad. And unlike their rivals, the Red Devils cannot gel those players in before the season starts.

De Jong is the obvious candidate in that regard, but the manager knows he now needs to juggle his priorities.

Throw in Ronaldo’s situation and Ten Hag realises he cannot enjoy a smooth start to life at Old Trafford.