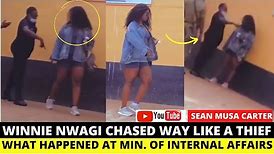 Singer Winnie Nwagi might be known by many as an explosive no-nonsense musician who will come at you for infringing on her space on social media.
Singer Winnie Nwagi was allegedly shown the exit during her recent visit to the Ministry of Internal Affairs for dressing inappropriately.

Swangz Avenue singer Winnie Nwagi might have to reconsider her fashion choices when visiting a few offices around town.

Known for being extra comfortable in her skin and choosing to always show off her flesh and curves, Nwagi let her thighs show on her recent visit to the Ministry of Internal Affairs.

The celebrated singer didn’t read the memo that a respectable dress code is an important virtue at the ministry.

Also Read: If you don’t like how I dress, give me a job – Winnie Nwagi

Upon entering the ministry premises, the self-styled Fire Baby was reportedly met with critical stares from the guards as she was wearing a very short attire that exposed her thighs.

In a video that was leaked on social media, a female guard is seen talking to Nwagi, supposedly showing her the exit from the premises.

According to Kelly Kyelanyi who leaked the video via TikTok, the diva was allegedly bounced from the ministry premises due to her indecent dress code.

“Winnie Nwagi being kicked out of the M.Internal Affairs,” read the caption on Kelly’s video which has since gone viral on different social media platforms.

According to a few netizens who have watched the video, the video might have been interpreted wrongly. They claim that maybe the singer was being given directions. 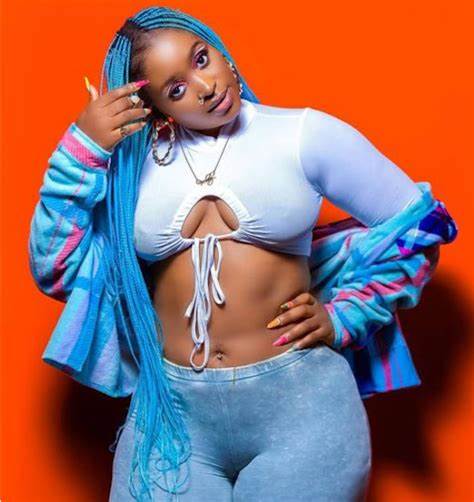 Critics, however, reveal that her dress code was so inappropriate and that it is the only reasonable explanation for the video.

“Yeah her dress code! they don’t allow short stuff, me too I went unknowingly in a short dress and it wasn’t that very short but I was also stopped until I found something long around the nearby stores,” Sarah Powerz commented on Instagram.

Britney Spears: What Her New Song With Elton John Means For The Future Of Her Music Career