Isingiro, South Western Uganda: This remarks was made by French Ambassador to Uganda H.E Jules-Armand Aniambossou on Tuesday when he visited the settlement where the Embassy has been funding “Improving Nutrition, Food Security and Self-Reliance of Refugees in South Western Uganda” Project. 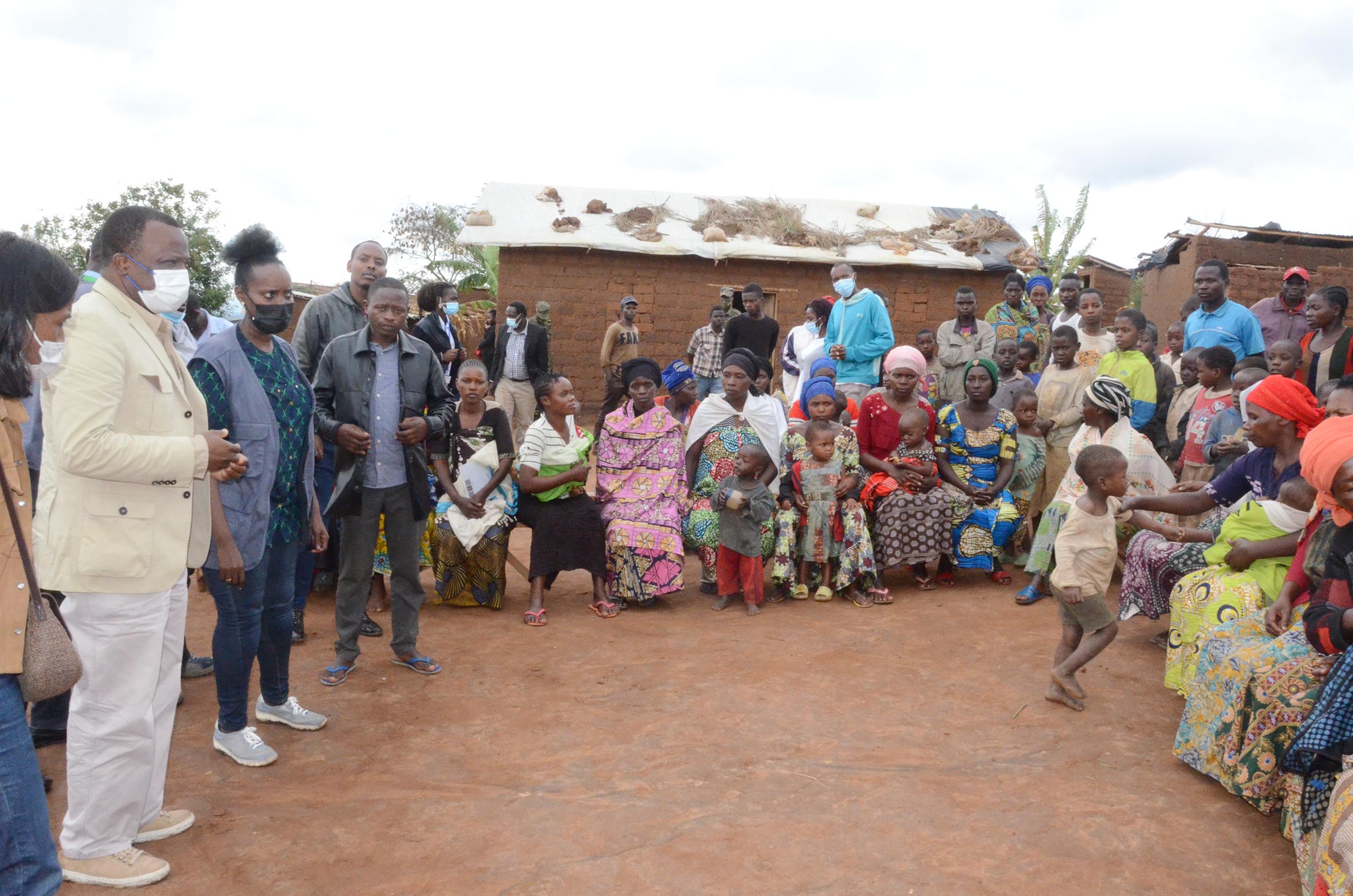 Through French Interdepartmental Food Aid, Action Again Hunger-USA Uganda Mission has been implementing a one year “Improving Nutrition, Food Security and Self-Reliance of Refugees in South Western Uganda” Project that ran from 1st August/2021 to 31st/July/2022 focusing supporting farmers with seed varieties, best agricultural skills in order for them to have food security.

Motivated by success the previous project has had in the community, Amb. Aniambossou pledged to engage his home government to continue funding them same in the area. 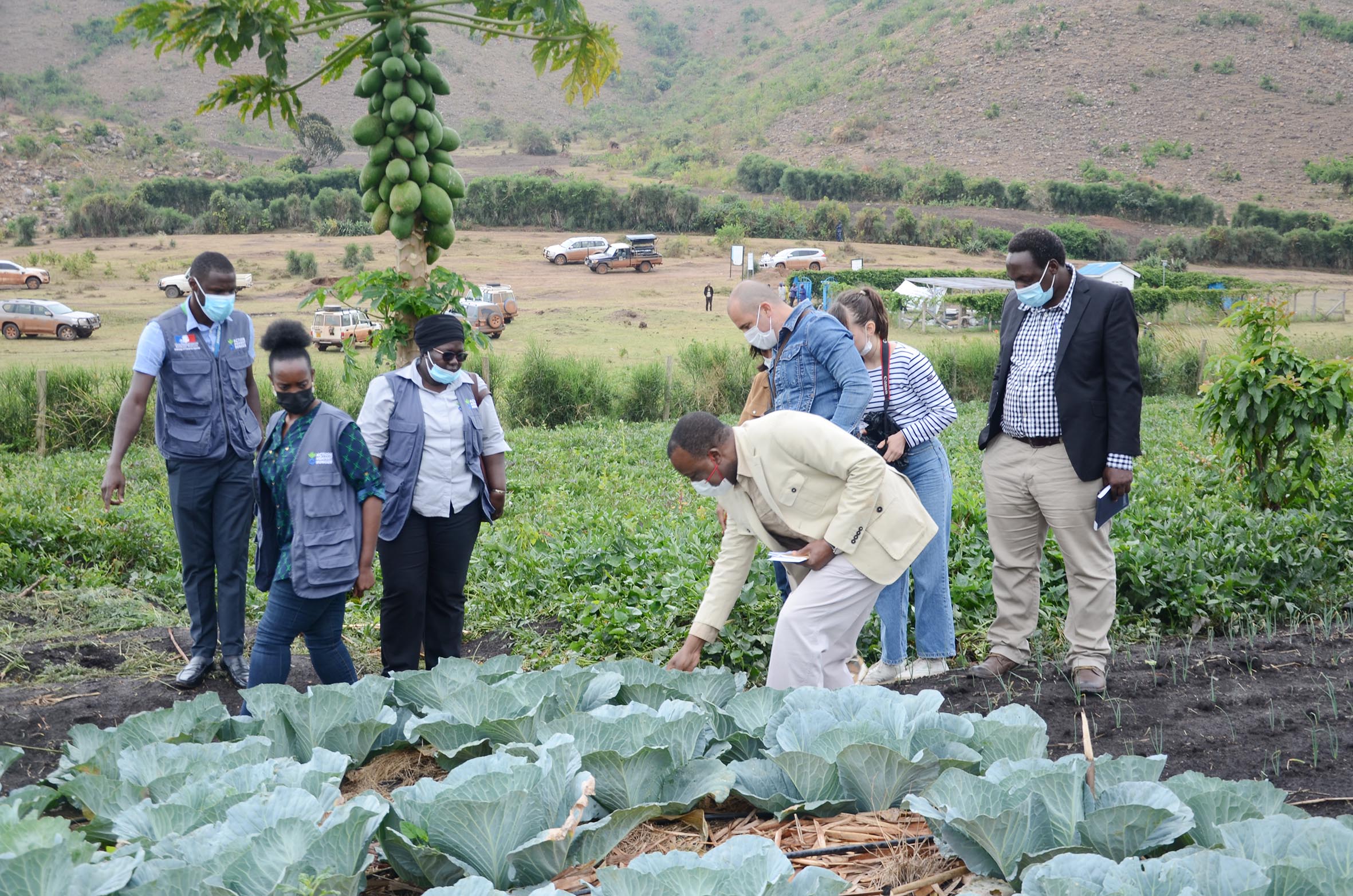 “I always like to meet people on ground to see how things are going and to learn from them in order to face challenges together and to make them right, I understand climate change and poor post harvest handling is still a challenge here but we shall work together on that”. Amb. Jules remarked.

He added that anything to deal with the population is always on top on their priority, lauded ACF for Skilling beneficiaries of the program in that they can now can produce own food.

“I discussed with my staff that I need to request the Paris government to put means to help Uganda to continue with this program and after here we shall put this request to our government back home”. He revealed. 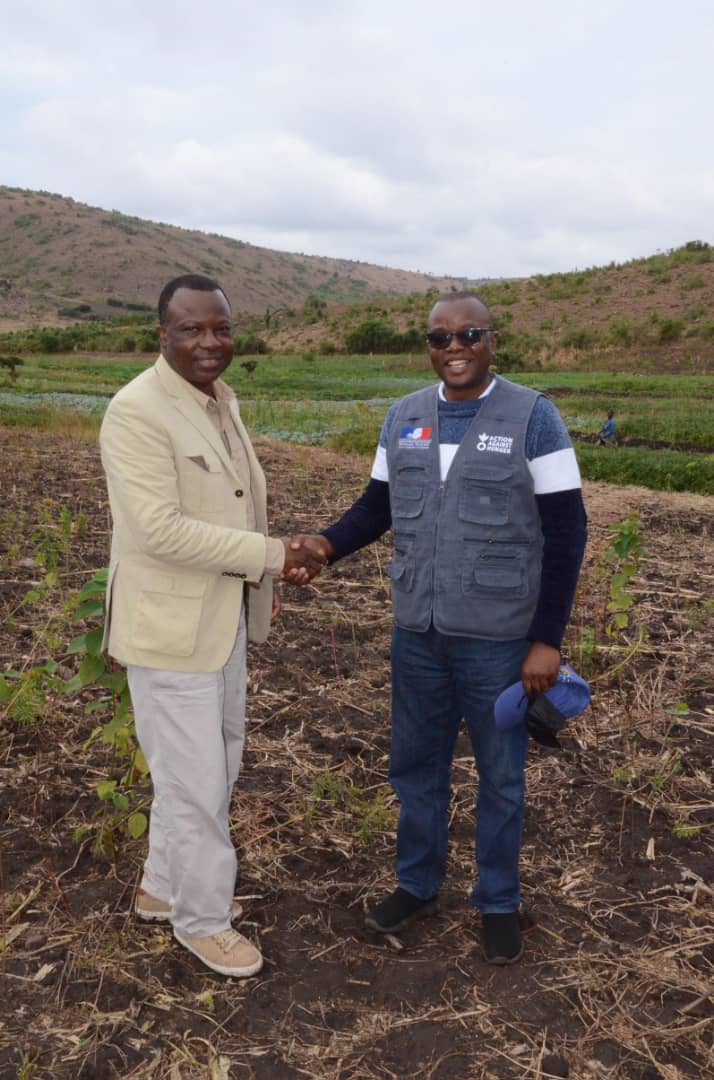 Before, Albert Siminyu the Uganda Country Director for Action Against Hunger had highlighted to the Ambassador how ACF on the past project helped refugee families with improved seed varieties, training on best  agricultural practices that enabled them acquire additional food.

He also had reckoned that ACF introduced farmers Field school like Kashere in the settlement where groups of farmers come together with their agronomists for practical on how to prepare fields, plant seeds, weed and others to maximize production which saw success.

However he mentioned that the area is generally affected by high rate of deforestation, environmental degradation, poor post handling practices, increased influx of refugees that strain natural resources like trees since a high percentage depends on wood for fuel and others.

He cited that with continued support from French in the next phase of program implementation, priority would be put on irrigation, agroforestry, greening hills and that with Ugandan government Parish Development Model roll-up, efforts should go to proper post handling.

Manirambona Sarah, a beneficiary of the program implemented by ACF on behalf of French Government praised the intervention mentioning that it has improved her dietary needs and her family as they now have good health.

Sarah revealed that at arrival, she was not conversant with any skills on how she can improve her diet through growing food but now testifies, on top of that they have enough to consume at home.

She however asked the French Ambassador to Uganda that they still need the program because there are many new arrivals who would like to have such aid.

And to Office of the  Prime minister, Sarah requested for allocation of large pieces of land since there many in the group with small plots of land.