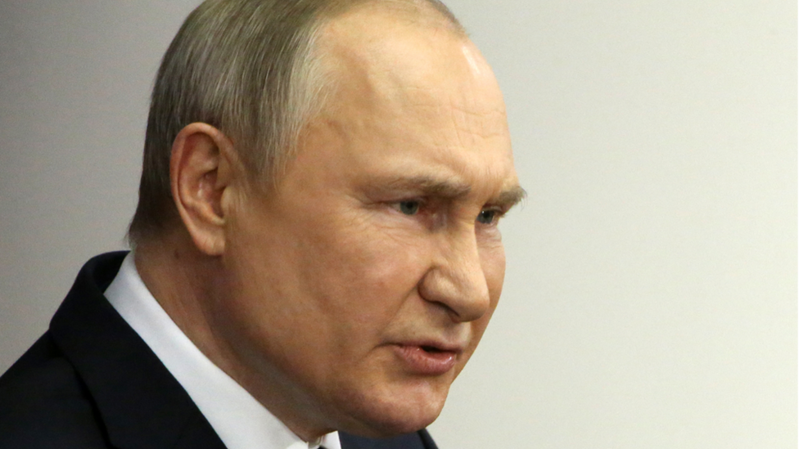 Russia has warned the US there is “little time left” to replace a key treaty that limits growth of nuclear weapons as the two countries remained locked in a bitter stand-off over Russia’s actions in Ukraine.

Kremlin spokesman Dmitry Peskov said on Tuesday that negotiations on a nuclear arms deal to replace the New START treaty that expires in 2026 are long overdue.

“Moscow has repeatedly spoken about the necessity to start such talks as soon as possible, as there is little time left,” he said.

“If the treaty expires without being replaced with a solid deal, it will negatively impact global security and stability, primarily in the area of arms control.”

“We have called for an early launch of talks, but until that moment it has been the US that has shown no interest in substantive contacts on the issue.”

The New START treaty signed in 2010 by President Barack Obama and Russian President Dmitry Medvedev, limits the US and Russia to no more than 1,550 deployed nuclear warheads and 700 deployed missiles and bombers, and envisages sweeping on-site inspections to verify compliance.

It also puts curbs on nuclear warheads on deployed missiles, bombers and the launchers for those missiles. Both sides reached the main limits of the treaty by February 5, 2018 and it has been extended to the end of February 4, 2026. However, discussions about what could replace the pact had not taken place before Moscow invaded Ukraine on February 24.

On Monday, US President Joe Biden said the US is ready to “expeditiously negotiate a new arms control framework to replace New START when it expires in 2026.”

“Russia’s brutal and unprovoked aggression in Ukraine has shattered peace in Europe and constitutes an attack on fundamental tenets of international order,” he said.

“In this context, Russia should demonstrate that it is ready to resume work on nuclear arms control with the United States.”

The issue is on the agenda in light of the United Nations tenth review conference for countries that are party to the Treaty on Non-Proliferation of nuclear weapons, which opened on Monday.

The international treaty signed by 191 member states aims to prevent the spread of nuclear weapons and technology around the world with the goal of “nuclear disarmament and general and complete disarmament.”

Opening the conference, UN Secretary-General Antonio Guterres said “humanity is just one misunderstanding, one miscalculation away from nuclear annihilation.”He warned that crises “with nuclear undertones are festering” citing the Middle East, North Korea and Russia’s war in Ukraine.

Within days of Russia’s February 24 invasion, Putin put the country’s deterrence forces – which include nuclear arms – on high alert, citing what he called aggressive statements by Nato leaders and Western economic sanctions against Moscow.

In a letter to participants at the NPT review conference, Mr Putin wrote: “There can be no winners in a nuclear war and it should never be unleashed, and we stand for equal and indivisible security for all members of the world community.”

Russia is estimated to have 6,257 nuclear warheads, while the US has 5,550, according to the Arms Control Association in 2021.

The organisation states that 9,600 warheads are in military service with the rest waiting to be dismantled.