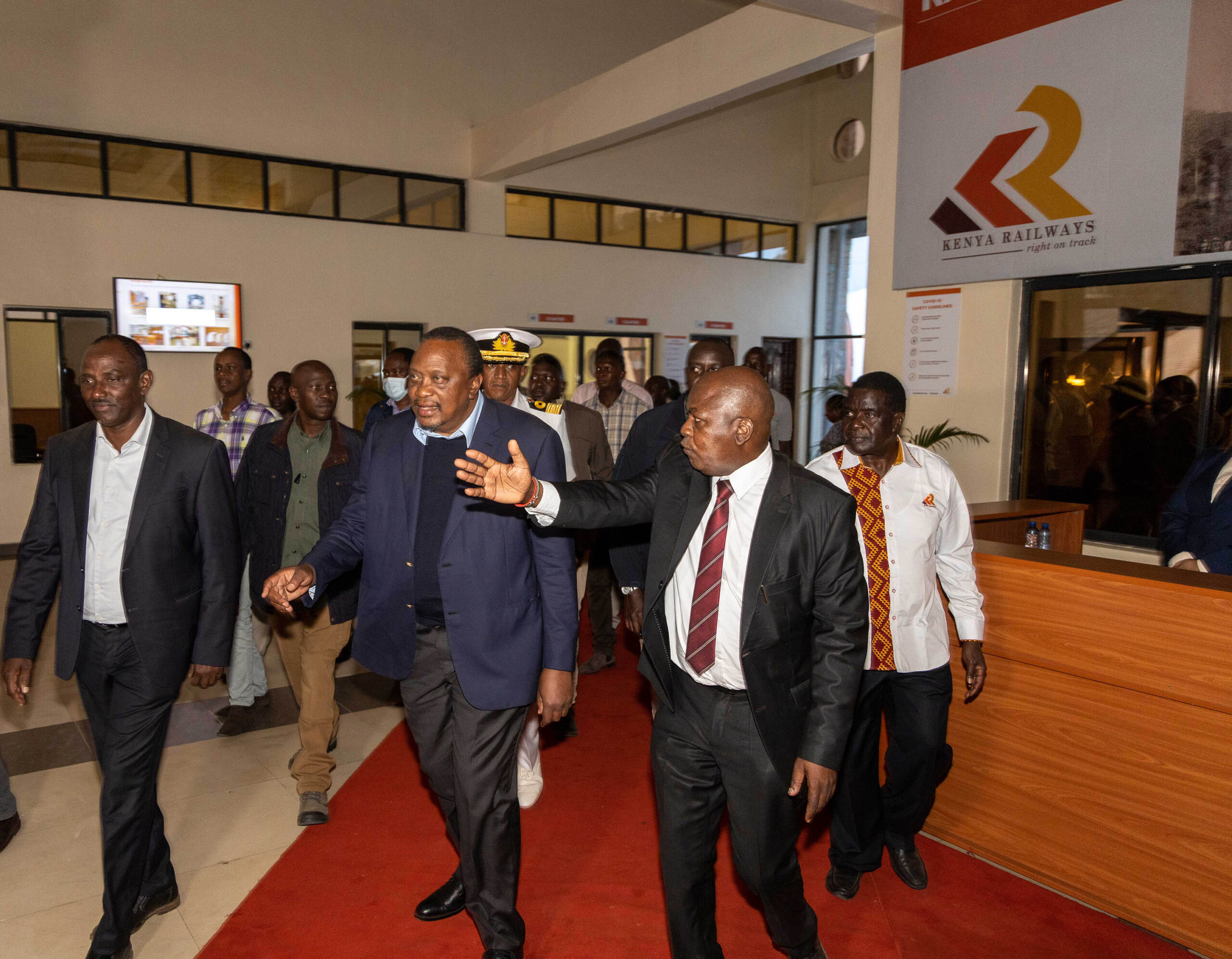 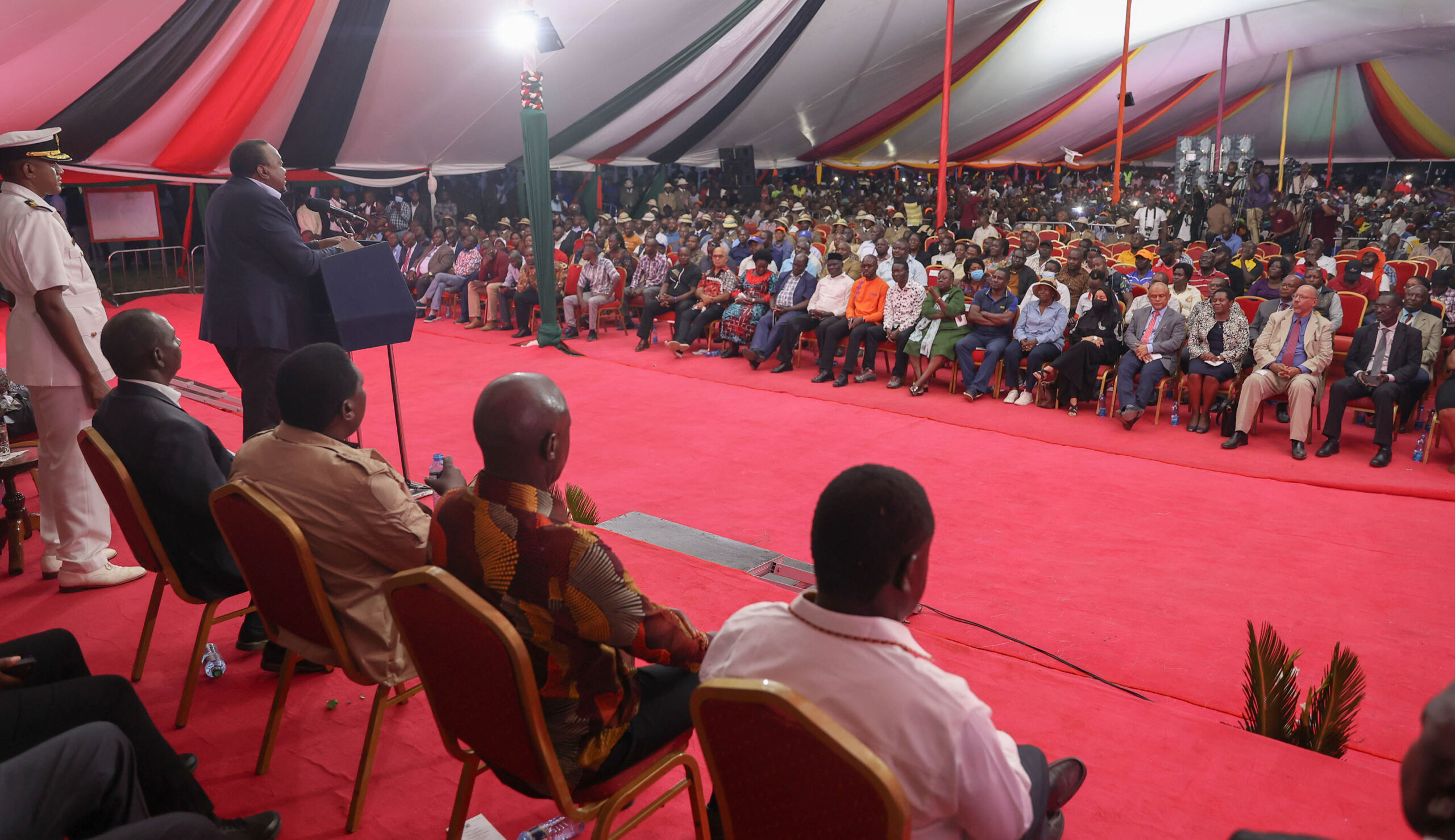 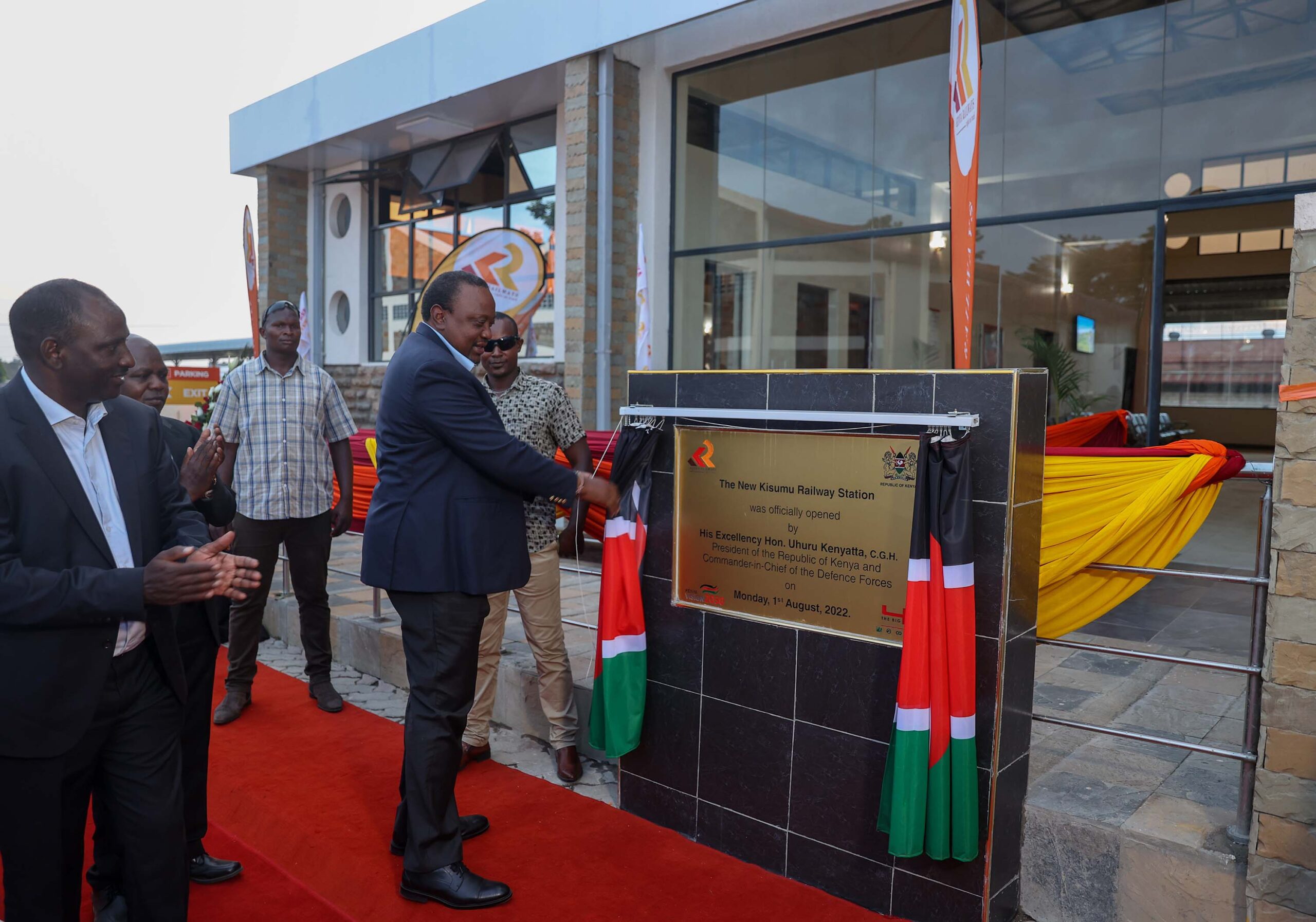 President Kenyatta pointed out that the restoration of the rail transport in Kisumu will not only lower the cost of ferrying goods along the line but also stimulate the growth of industries that will create the much-needed jobs for the youth.

The President, who had earlier made a stopover at Miwani in Muhoroni Constituency and addressed residents after inspecting the Oroba railway bridge that was rehabilitated by the Kenya Defence Forces, emphasized the importance of infrastructure in accelerating development, boosting economic growth and improving the lives of Kenyans.

Noting that the country could not have made significant progress in infrastructure as well as development in other sectors of the economy without peace, President Kenyatta urged Kenyans to vote for peace-loving leaders in the coming general election.

In this regard, the Head of State called on Kisumu residents to come out in large numbers and vote for Azimio La Umoja One Kenya Alliance led by presidential candidate Raila Odinga and his running mate Martha Karua who stand for peace and national unity.

“We want our country to continue being peaceful. There are two paths one can take. One is to divide Kenyans, peddle lies, plant the seed of hatred and insult others. That path leads to destruction, poverty and bloodshed. I do not think that is the path we want to follow.

“There is another path. This is the path of peace, ensuring justice for all, standing for the truth and uniting all Kenyans. That route ensures respect, progress and national unity. That is the path we should follow,” President Kenyatta said.

National Treasury Cabinet Secretary Ukur Yatan said the commissioning of the new Kisumu Station, which is part of the 217 km Nakuru-Kisumu railway rehabilitation project, is a game changer in reviving the western region’s economy.

The CS said when the history of Kenya is written, the name of President Kenyatta will feature prominently for his focus on infrastructure development in the country.

“…Wherever you go in any part of this country, you see new premier facilities and new road networks that have gone hand-in-hand in enhancing development in the country. This has created opportunities for our young people,” CS Yatani said.

Kisumu Governor Prof. Anyang’ Nyong’o, who also spoke at the event, thanked President Kenyatta for supporting the infrastructure development in his county as witnessed in the last nine years.

Later, President Kenyatta officially opened the Dada Export Processing Zone Limited, a factory which makes garments for the export market that has created hundreds of jobs for Kisumu residents.