Olympic gold medallist Matt Walls was one of three riders hospitalised following a horror crash on day three of the Commonwealth Games track cycling on Sunday. Walls, who won omnium gold in Tokyo last year, was sent flying over the barriers and into the crowd at the Lee Valley velodrome as he tried to take evasive action to avoid a pile-up ahead of him. 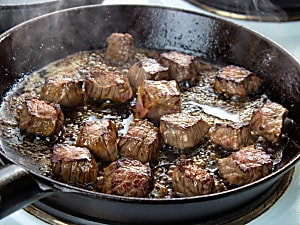 A number of spectators including a small girl were hurt in the dramatic incident, leading Dame Laura Kenny, the five-time Olympic champion, to call for bigger barriers or screens to be fitted in velodromes.

“Maybe there should be screens because Matt should not have been able to go over the top and into the crowd, that’s pretty damn dangerous,” Kenny said after finishing 13th in the women’s points race.

Walls’ GB team-mate Matt Bostock, a Manx rider, was also caught up in the incident, with both athletes being taken by ambulance to hospital alongside Canadian rider Derek Gee.

British Cycling later said that Walls had been discharged “with stitches in his forehead, but thankfully no major injuries”.

The Isle of Man team said Bostock had had a CT scan from which the initial prognosis was said to be positive. The 25-year-old was being assessed to check he had no other serious injuries.

One man needed treatment for cuts to his arm and a young girl also received medical attention for minor injuries. © Provided by The TelegraphSpectators react as riders crash on the final lap in the men’s 15km scratch race qualifying during the Commonwealth Games track cycling at Lee Valley VeloPark in London, Sunday, July 31, 2022 – AP © Provided by The TelegraphRiders crash on the final lap in the men’s 15km scratch race qualifying during the Commonwealth Games track cycling at Lee Valley VeloPark in London, Sunday, July 31, 2022 – AP

The crash, which happened during qualifying for the men’s scratch race, occurred when several riders ahead of Walls collided going into a corner. The 24-year-old tried to avoid the stricken pair of New Zealander George Jackson and Australia’s Josh Duffy but was carrying too much speed and was forced up the banking.

Witnesses said that, because of the gradient of the banking, spectators in the front row had been unsighted as Walls sped towards them.

Gee also surfed the top of the barrier but avoided following Walls over it. Gee’s team-mate Mathias Guillemette was disqualified from the race for causing the initial crash.

It was the second heavy crash involving Team England riders in the space of two days after sprinter Joe Truman briefly lost consciousness before being taken away in a wheelchair following a collision with Australia’s Matthew Glaetzer in the second round of the men’s keirin on Saturday.

Kenny said the sport was becoming more dangerous and urged cycling’s governing body the UCI to do something about it. “I think the crashes are getting worse and it’s because the speeds are getting higher, the positions (on the bike) are getting more extreme,” the five-time Olympic champion said. “Some of the pursuit positions people are getting in, you see people crashing into the back of people. At some point the UCI are going to have to put a cap on these positions.”

The rest of the session – there was one sprint race left – was cancelled as medical staff attended to the injured riders and spectators amid reports one was ‘wheeled off covered in blood’.

Walls was eventually taken away on a stretcher more than 40 minutes after the incident occurred, the difficulty in removing him safely from where he landed contributing to the delay.

“Matt was laughing and making jokes with the paramedics which is brilliant to hear but if he’d [not gone over the barriers] he would have done less damage and certainly done less damage to the little girl,” said Kenny who added that while her form was primarily to blame for her points race result, she had texted her husband Sir Jason Kenny – now a GB coach – before the race to say she felt spooked.

“I messaged Jason and said, ‘I’m not sure I want to do this’,” she said. “It puts everything into perspective when something like that happens. I’m just glad he was conscious straightaway because Joe (Truman’s) crash was enough to make you think.

“We all know it’s a dangerous sport so when you’re not feeling physically fit to put yourself at the front of it you can’t help but think, ‘Why am I doing this?’

Asked about Kenny’s comments and whether any measures would be introduced in the short-term to protect fans, a Birmingham 2022 spokesperson said: “Health and safety checks are carried out in every Birmingham 2022 venue before the doors open to spectators.

“The Lee Valley VeloPark is a world-class venue built to international standards, the same standards that other velodromes across the country and the world must meet in order to host a major track cycling and Para track cycling event.

“We would like to send our best wishes to the cyclists and spectators involved in this incident and to thank the medical team for their swift action.”

The track cycling ends on Monday with Kenny in action once again in the women’s scratch race.