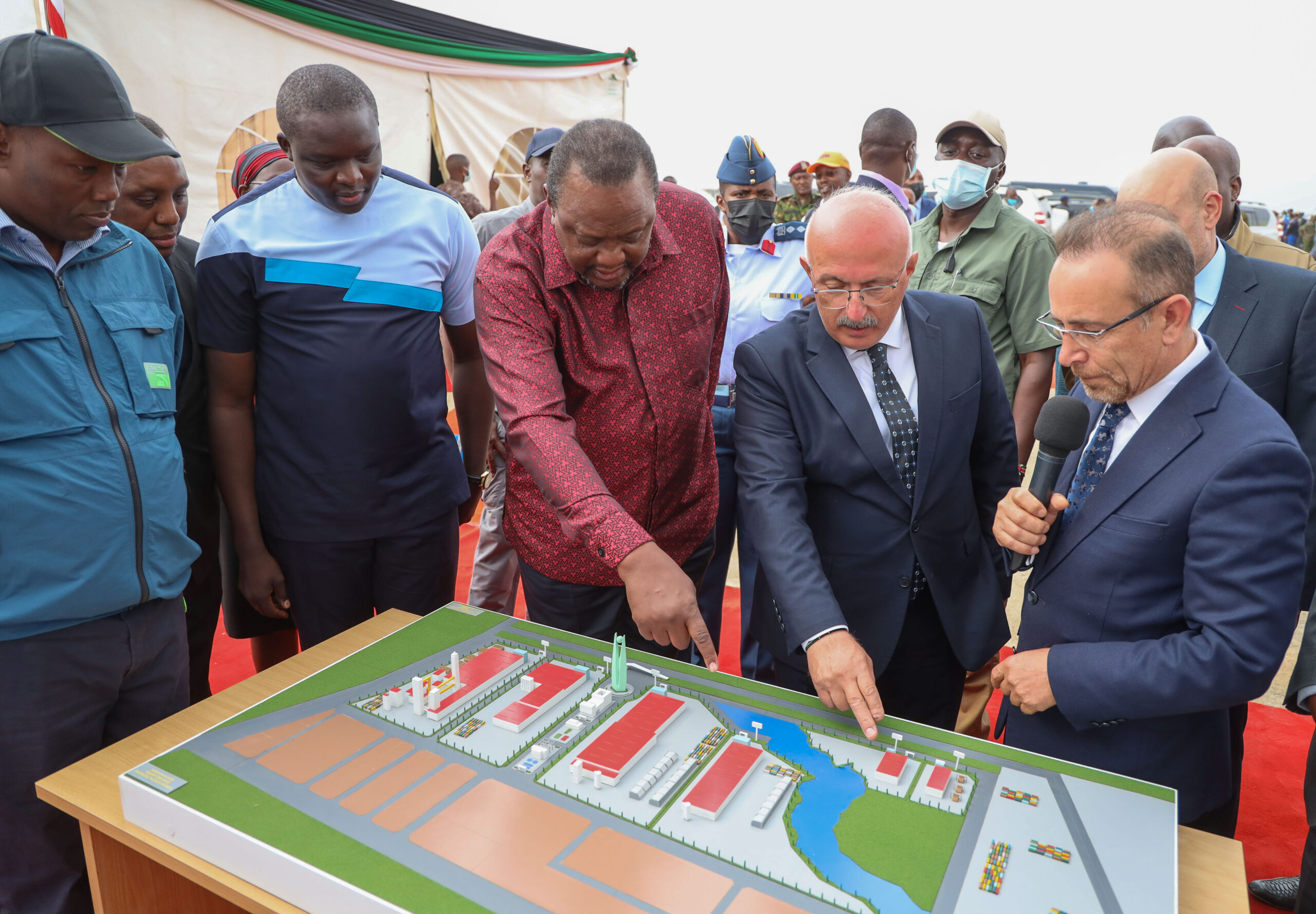 The President said it was unfortunate that some leaders have resorted to engaging in politics of deceit to gain political mileage at the expense of the welfare of the people of Kenya.

President Kenyatta spoke on Tuesday after presiding over the ground-breaking ceremony for the construction of six factories at the Naivasha Special Economic Zone.

He emphasized that the decision to set up the special economic zone, the Inland Container Depot (ICD) and extend the Standard Gauge Railway to Naivasha was informed by the need to attract investors who previously would not venture in places that lacked infrastructure and adequate electricity.

“We did that so as to attract investors who will create jobs for Kenyans. It is unfortunate that some people have the guts to stand before Kenyans and tell lies about these projects,” the President said.

On the ground-breaking ceremony for the six factories owned by the Turkish Industry Holdings at the Special Economic Zone in Naivasha, the President said their construction will usher in a new era of enhanced contribution to the country’s industrialization agenda.

Among the products that will be produced by the six factories include ceramic and granite tiles, sanitary towels, toilet paper and towel napkins as well as iron and aluminium products.

“By this ground-breaking ceremony for six factories driven by new-innovation and technology, we are now on the cusp of a true industrial take-off. A single aggregate investment of Kshs 90 billion is set to usher in a new era of accelerated economic development; characterized by greater visibility of the magical tag, Made-in-Kenya,” he said.

The President added that once the construction of the factories at the Naivasha SEZ is completed, Kenya will dramatically increase her industrial export profile by taking to international markets high quality and competitively priced products.

Domestically, President Kenyatta said the factories will create thousands of direct and indirect jobs and provide dignity, pride and a better future for millions of Kenyans.

He thanked the Turkish Industry Holdings for making Kenya its investment destination of choice.

Earlier, the Head of State commissioned five projects that form part of his legacy in Nakuru County.

Others were the Standard Gauge Railway (SGR) – Metre Gauge Rail (MGR) passenger rail link at the Mai-Mahiu Station to ensure seamless connectivity between the SGR and MGR, Naivasha Inland Container Depot (ICD) and the Suswa water project that will serve the Naivasha industrial park.

President Kenyatta emphasized that access to affordable and reliable power supply is one of the most consequential ingredients to manufacturing followed by good transport infrastructure that facilitates access to both raw materials and to markets.

“The energy we are generating is not only to power this industrial park but it is also for powering other industries across our nation, our cities, our towns and our homes,” President Kenyatta said.

President Kenyatta pointed out that Naivasha’s status as a strategic investment location has been enhanced by the Government’s investments in critical transport infrastructure including the SGR and MGR interchange and a terminal at Mai Mahiu.

He added that the revitalisation and use of the MGR is economically beneficial to the counties on the railway corridor as it provides faster, reliable and safe transport means for high capacity haulage of freight.

“Secondly, the use of MGR will benefit the entire nation by reducing carbon emissions, wear and tear of the roads and  congestion and accidents on our roads,” he said.

Governor Kinyanjui cited the special economic zone, the expansion of the Nairobi-Mau summit road and the ongoing construction of an international airport at Lanet as some of the projects that will go a long away in transforming uplifting lives of the residents in his county. 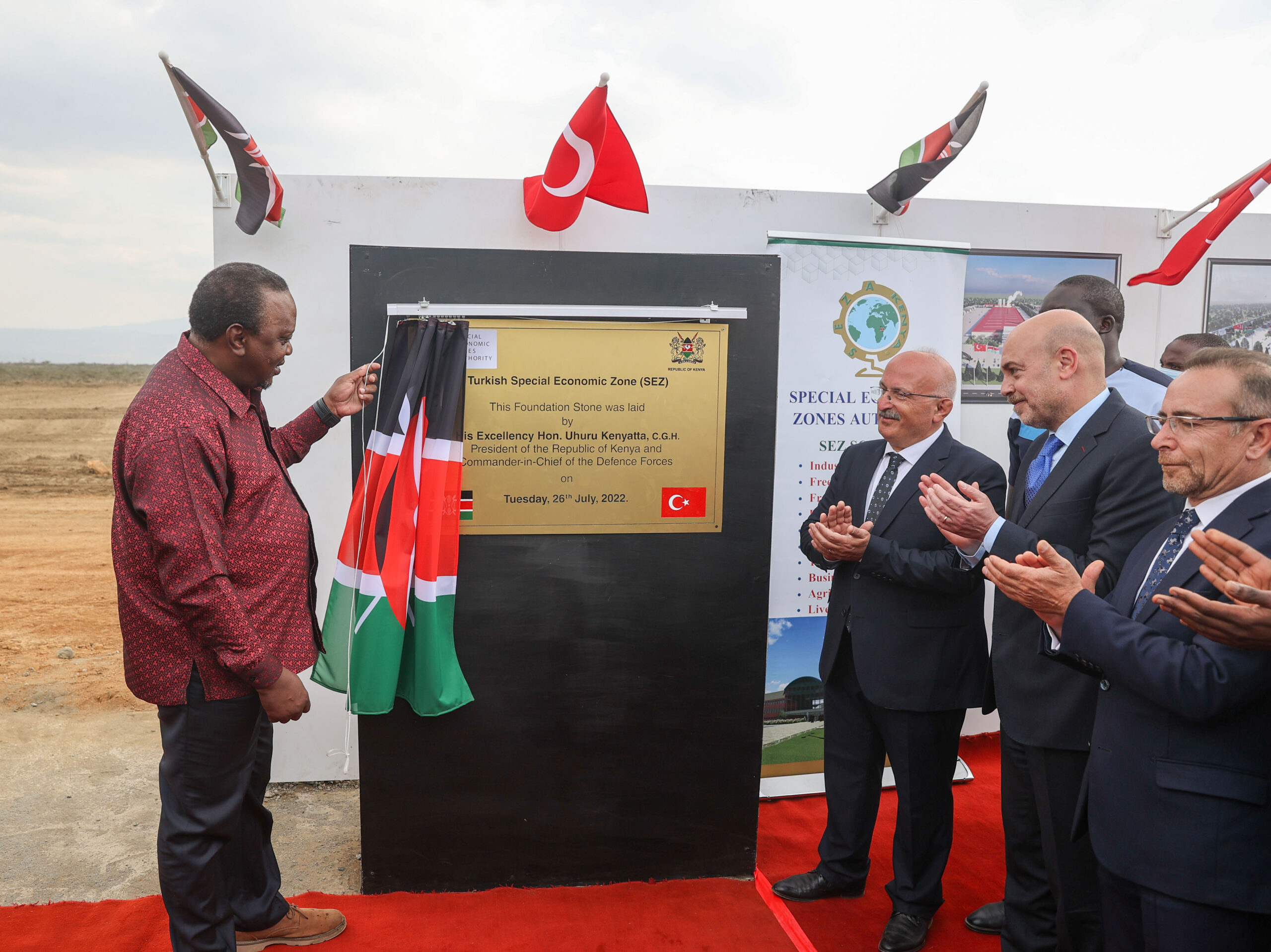 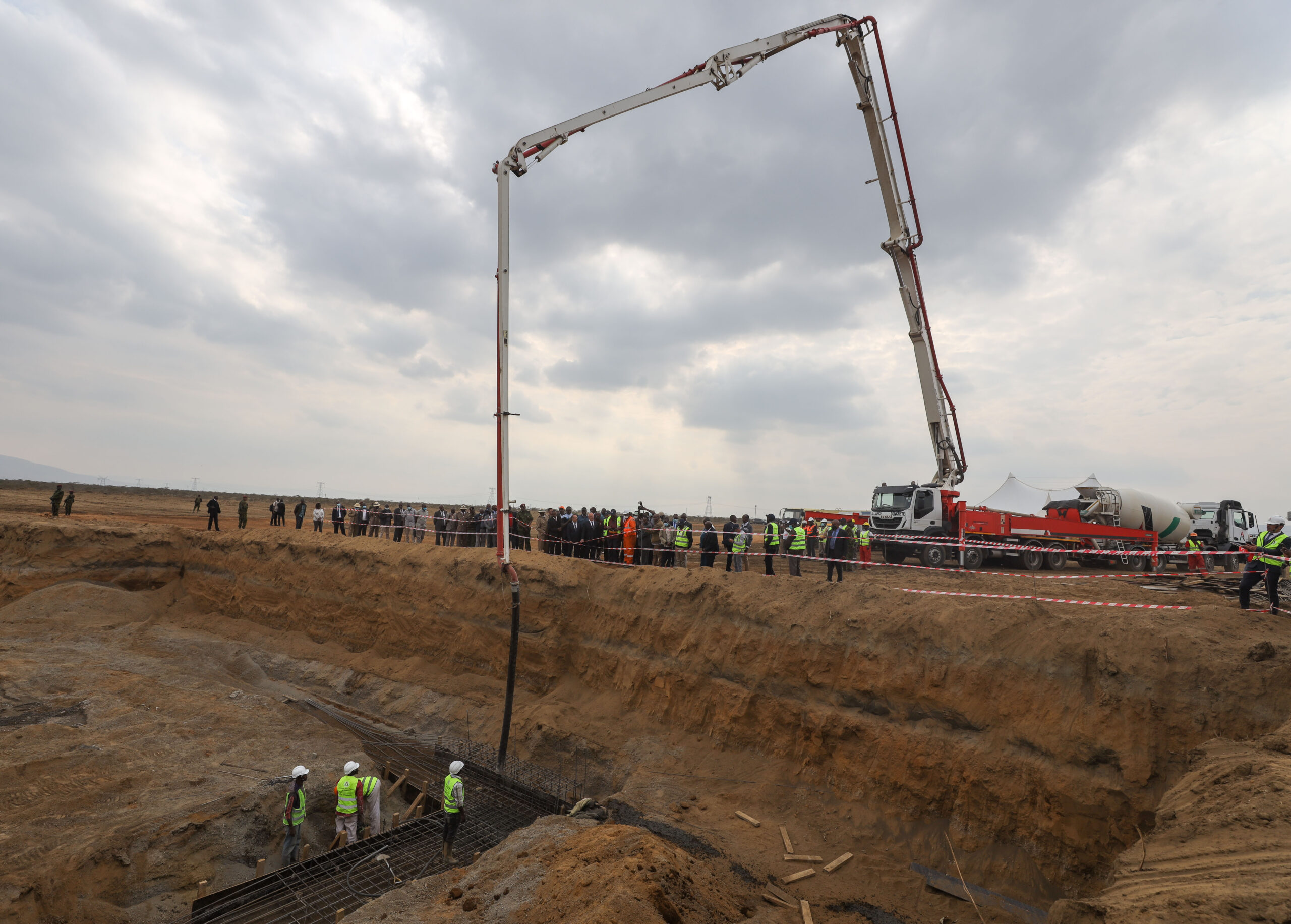 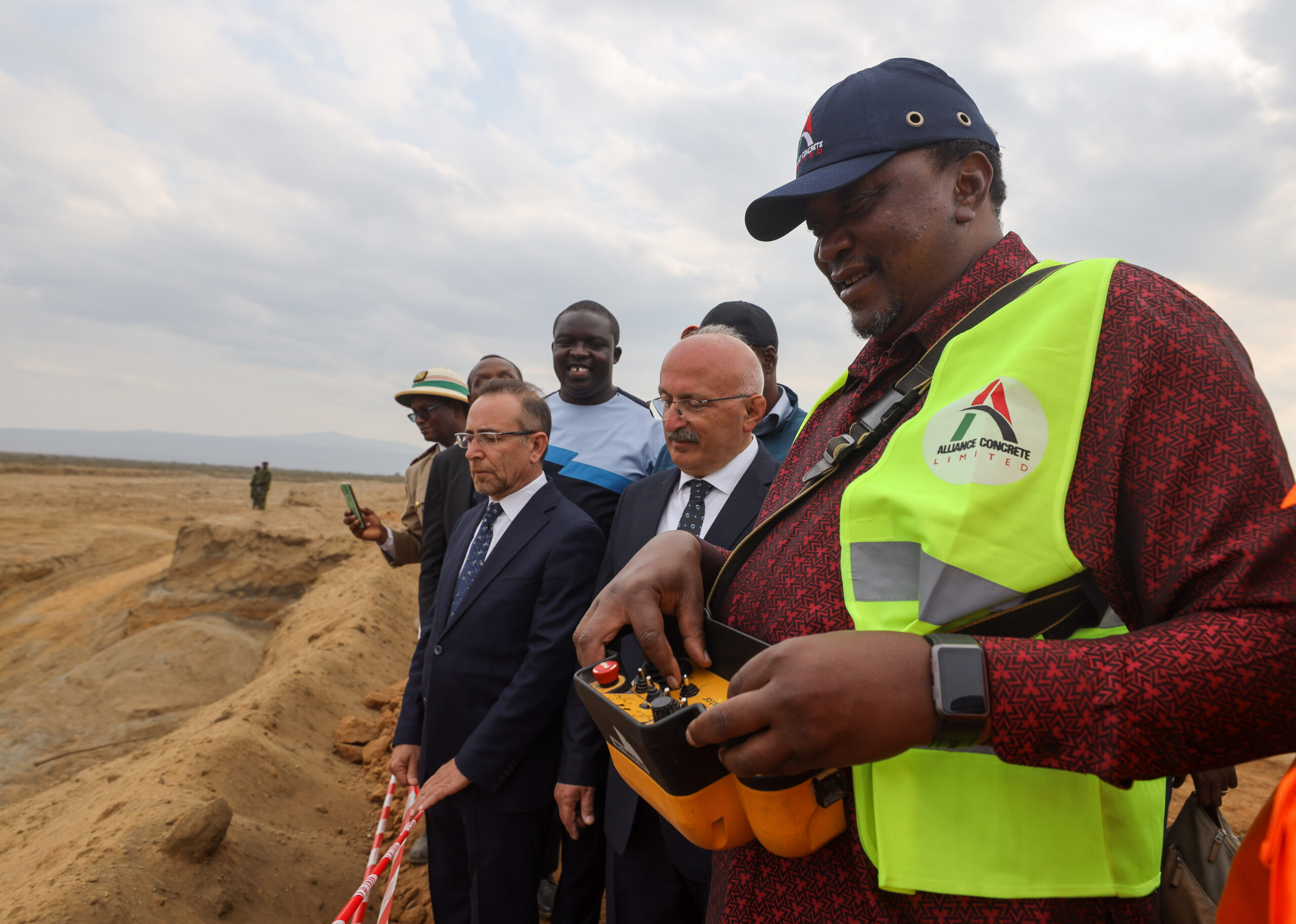 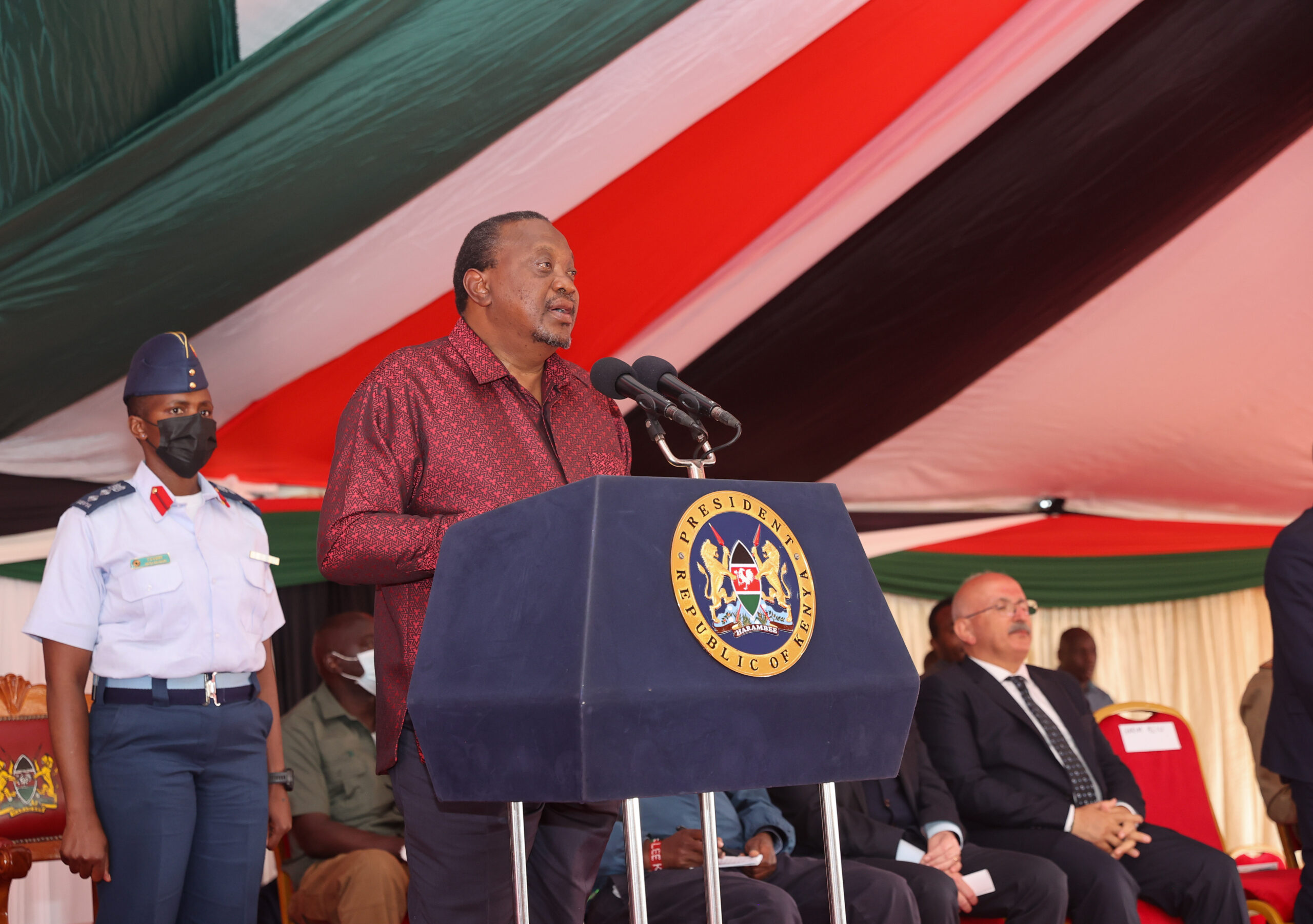