Soroti City East Division By Election: Museveni Gets On Road To Campaign For NRM Candidate, FDC In Battle With Police 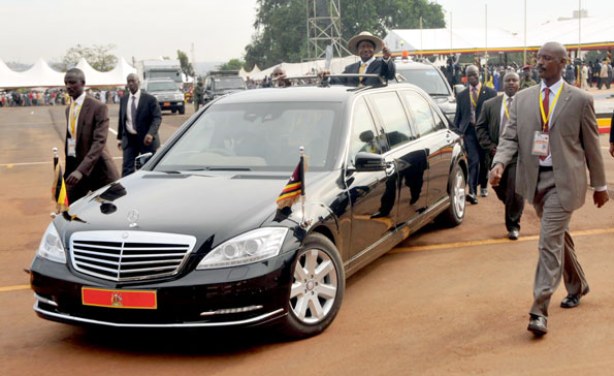 This has been announced by the NRM Vice Chairman for the Eastern Region, Capt. Mike Mukula while addressing the press at his country home in Soroti City.

“The Chairman of NRM will today, July 25, which is the second last day for campaigning in Soroti City East, come in for his campaign rallies.”He will be here to deliver and unpackage the manifesto not only for Soroti as a city but the country at large. We expect him to walk the voters through the expectations of the new leadership of our member of Parliament, Herbert Edmund Ariko,” Capt Mukula said.

According to the draft program, the National Chairman will address two scientific meetings, starting with one from Madera ward and ending with one at Moruapesur Primary School playground. Soroti City East has 13 wards with 84 cells and 62 polling stations.

Capt. Mukula noted that the party is more than prepared to mobilize the populace to cast their ballots because of the broad and steadfast base of support that it enjoys in the constituency.

He added that the main area of focus has been socio-economic transformation, which will guarantee the success of the Parish Development Model (PDM).

“With this initiative, the government will handle the issue of unemployment and increase the income per household. A number of other packages will also be unveiled tomorrow,” he added.

These come day after Police tried to arrest Former Forum for Democratic Change (FDC) president Kizza Besigye as he was heading to Soroti to canvass votes for his party candidate Moses Ottan.

Besigye and his Red Card Movement colleague and activist; Mukaku Lubega had made a stopover for refreshments at Igar café and petrol station in Jinja city when the police immediately surrounded their car and ordered them to return to Kampala citing ‘special orders from the above.

Besigye moved out of his vehicle and entered the cafe and accessed Kyabazinga road, where he jumped on a boda boda which was seen heading towards Iganga.

Police later blocked Besigye’s vehicle registration number; UBA 695R, and arrested all the occupants including, Lubega, Ketra Komugisha, Ronald Muhinda, and the driver, Fred Kato. The vehicle was later towed to Nalufenya police station and his aides were detained at the police station.

Prior to the face-off with police, Mukaku told journalists that they were heading to Soroti to mobilize support for the FDC candidate Moses Attan Okia.

Lubega accused the police of interfering in their activities.

The Soroti East Constituency Parliamentary seat fell vacant following a court nullification of the election of former Member of Parliament Moses Attan and ordered the electoral commission to conduct a by-election for the Soroti City East seat.