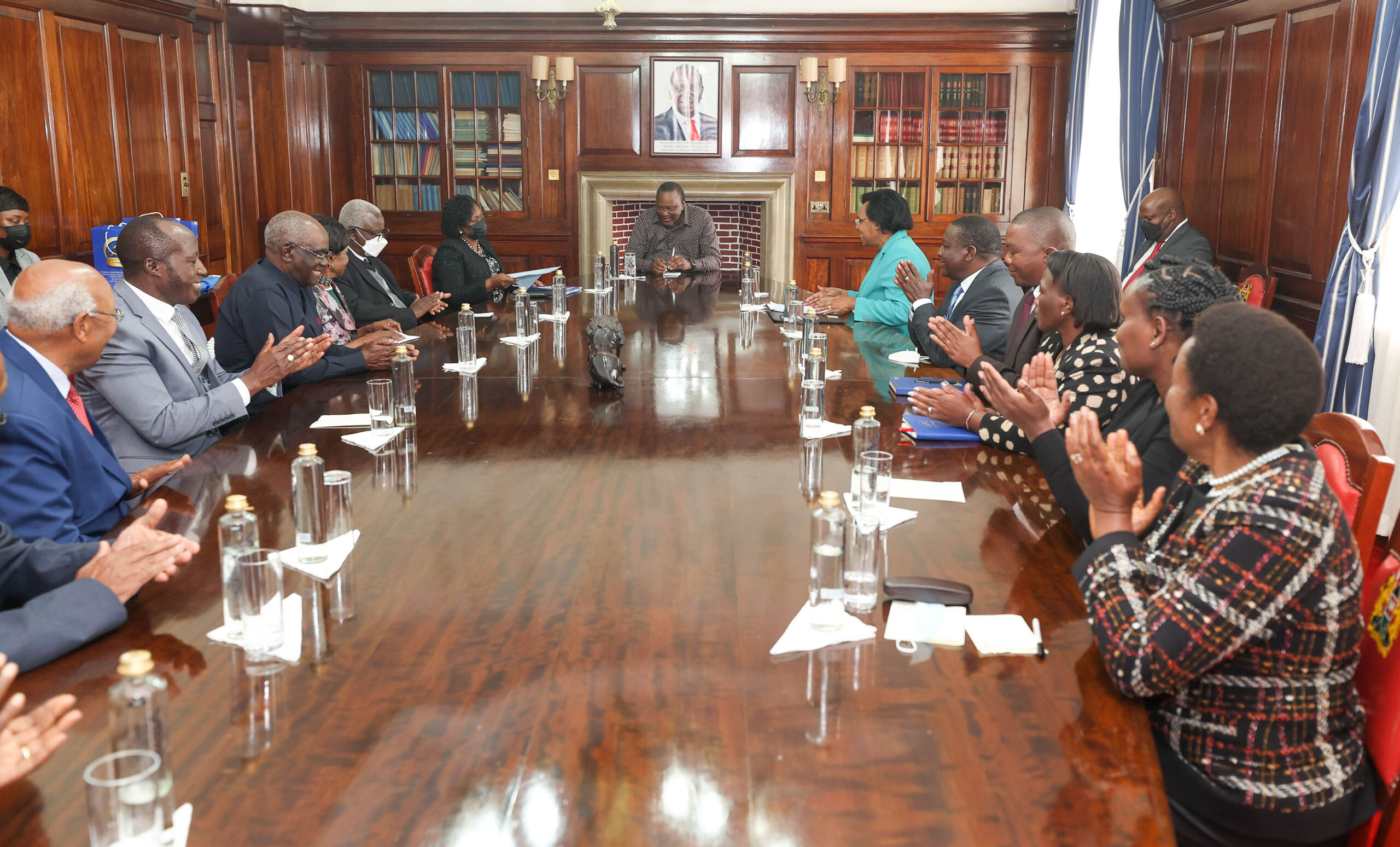 President Uhuru Kenyatta, who is also the patron of the National Fund for the Disabled of Kenya (NFDK) meets with members of the NFDK’s Board of Trustees who paid him a courtesy call at State House, Nairobi.

NAIROBI, 25th July 2022 (PSCU) – President Uhuru Kenyatta has commended the National Fund for the Disabled of Kenya (NFDK) for improving the lives of persons with disabilities.

President Kenyatta noted that members of the NFDK’s Board of Trustees led by their Chairperson, Mrs. Kristina Pratt, have worked tirelessly in ensuring that the needs of persons with disabilities are catered for both in Government and in the society.

“I congratulate all of you for the great work you have been doing and continue to do to ensure the special needs of persons with disabilities are catered for,” President Kenyatta said.

The Head of State, who is also the patron of the National Fund for the Disabled of Kenya, spoke on Monday when he met members of the NFDK’s Board of Trustees who paid him a courtesy call at State House, Nairobi.

During the meeting, the National Fund for the Disabled of Kenya Board of Trustees presented to the President their progress report for the last five years. 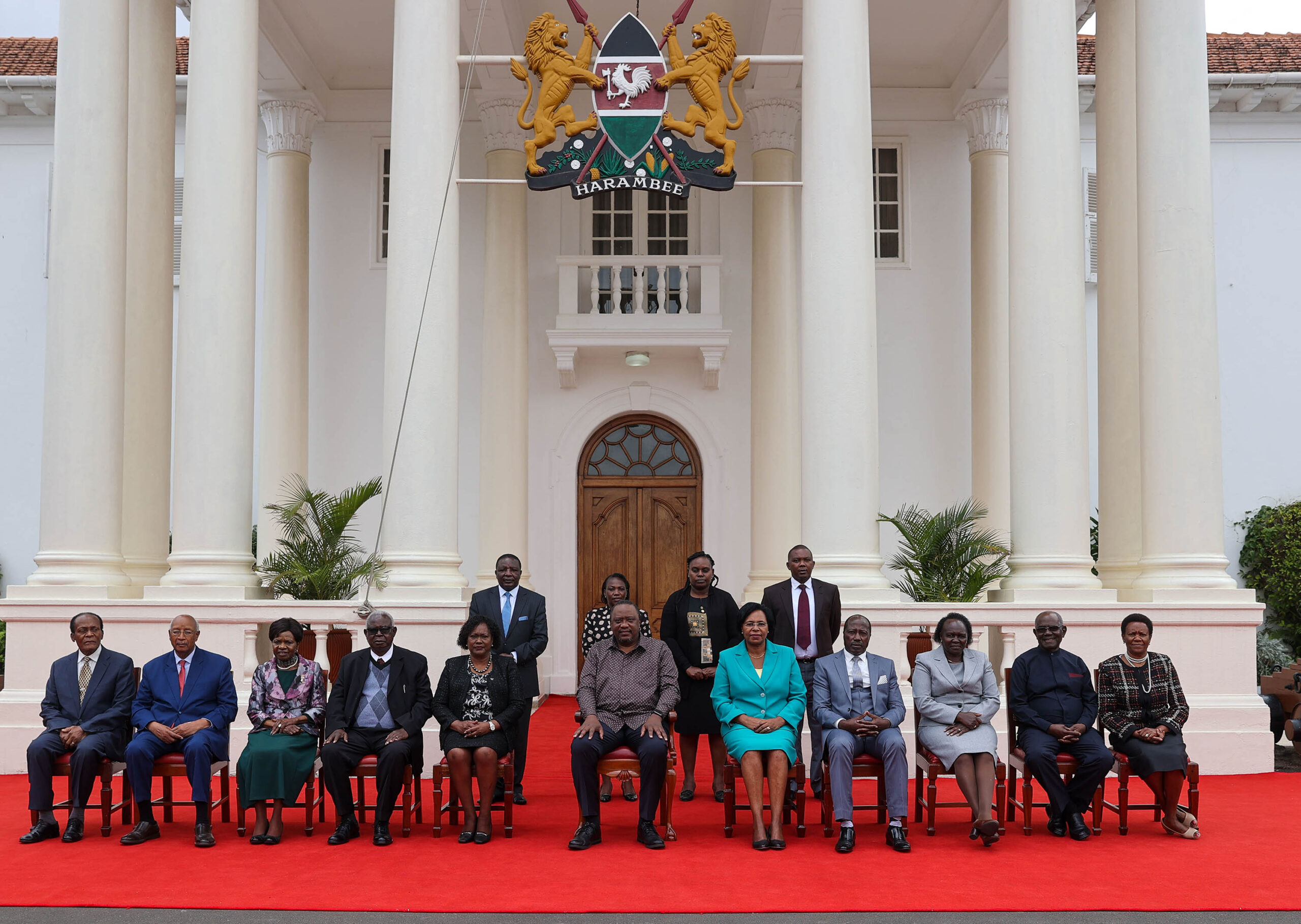 In her remarks, Mrs. Pratt thanked President Kenyatta for his support in facilitating the NFDK to serve persons with disability and uplifting their lives.

“On behalf of the entire disability fraternity, we thank you for the strides made to continually improve the lives of persons with disabilities in this country over your 10-year tenure. You have supported our Fund and you have been a great source of inspiration,” Mrs. Pratt said.

The NFDK Board of Trustees Chairperson pointed out that through President Kenyatta, as the patron, the Fund has increased its annual donation to persons with disabilities from Kshs 14 million to Kshs 350 million.

She also thanked the President for creating an environment where persons with disabilities access the opportunities to do business with the Government through the Access to Government Procurement Opportunities (AGPO) policy.

“Your Government has also progressively ensured the inclusion of persons with disabilities into leadership positions in mainstream Government, Government agencies and county governments,” the NFDK Board of Trustees Chairperson said.