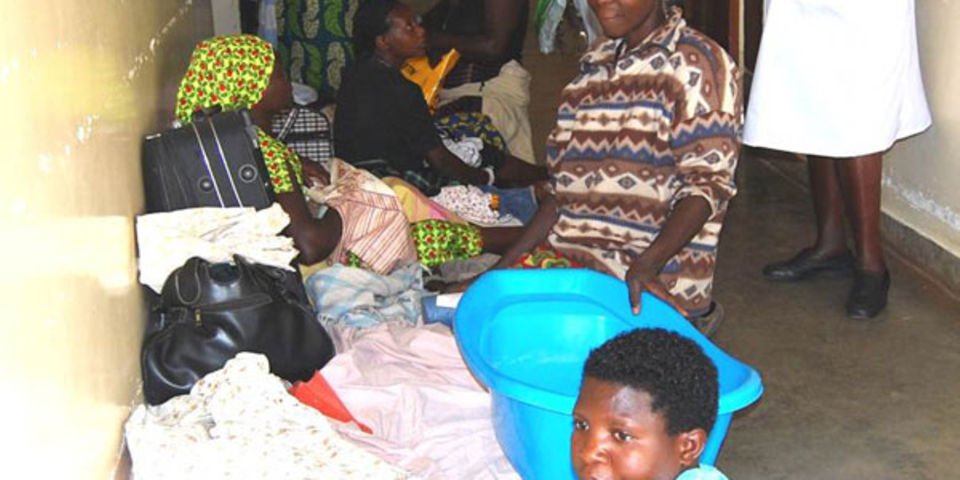 What you need to know:

At 1pm, Ms Diana Awekonimungu, an expectant mother, lay on a bed inside the general theatre at Pakwach Health Centre IV for a caesarean procedure.

Once Ms Awekonimungu’s procedure was completed, two nurses quickly ushered her and her newborn baby out of the theatre as the next expectant mother was wheeled in.

The new mother was carried into a waiting ambulance to a provisional maternity ward at Kapita Village in Pakwach Town Council, about three kilometres away from the health centre .

This is the daily routine for expectant mothers come for caesarian operations at the facility.

Dr John Bosco Oryema, the officer in-charge of the health unit, says women booked for caesarean deliveries are taken to provisional maternity unit after the facility’s maternity building was condemned in 2019.

“The old maternity unit was dilapidated and we feared that in any case this structure falls on mothers, lives would be lost,”  Dr Oryema says.

“We have to ferry mothers from the (provisional) maternity to the theatre for operations and we take them back to the maternity on a rough terrain,”  he adds.

According to Dr Oryema, the process is hectic and risky to a mother who has just undergone such a procedure.

“It is a big challenge because this mother needs enough rest and must not move such a long distance. There is a high possibility that the mother can get infected along the way,” he says.

Dr Oryema says they attempted to build the provincial maternity ward inside the facility but the National Environmental Management Authority blocked them due to the unit’s proximity to River Nile.

The health center sits approximately 300 meters away from the main Nile River bridge, and is less than 100 meters from the river bank on the Karuma-Aura highway in Pakwach Town Council.

Dr Oryema asked government to fast-track the upgrade of the facility into a district hospital to boost their capacity to handle the large number of mothers who come for maternal health services.

“Our prayer is that the Ministry of Health construct a new theatre next to the maternity ward. This will relieve us from the challenge of moving these mothers to a long distance and reduce  the risk of them contracting infections,” he said.

Last year, the office of the chief administrative officer wrote to the Health ministry demanding an upgrade of the unit .

They also demanded that more staff (two doctors, one anesthetic officer, and three midwives) be recruited.

The health unit serves as the district’s referral facility.

It serves a population of 194,757 people and the neighboring districts.

Last month, the  Health ministry announced that it had embarked on a programme of restructuring the healthcare delivery system that will transform all health center IVs across the country into community hospitals.  Under the new arrangement, the community hospitals will have more doctors deployed to manage the facilities, pharmacists to administer medicine and other specialists. They are also expected to receive more funding to run the community hospitals. Government allocated Shs3.7 trillion for healthcare delivery in this financial year. Dr Diana Atwine, the Health Permanent Secretary, said the issue of money should not be a stumbling block, and that the restructuring can be effected in phases.
Share
Facebook
Twitter
Pinterest
WhatsApp
Telegram
Previous articleURSB Registrar General Mercy Kainobwisho meets with the Deputy Speaker Parliament Rt.Hon Thomas Tayebwa
Next articleQueries as LDC is set to hold virtual graduation