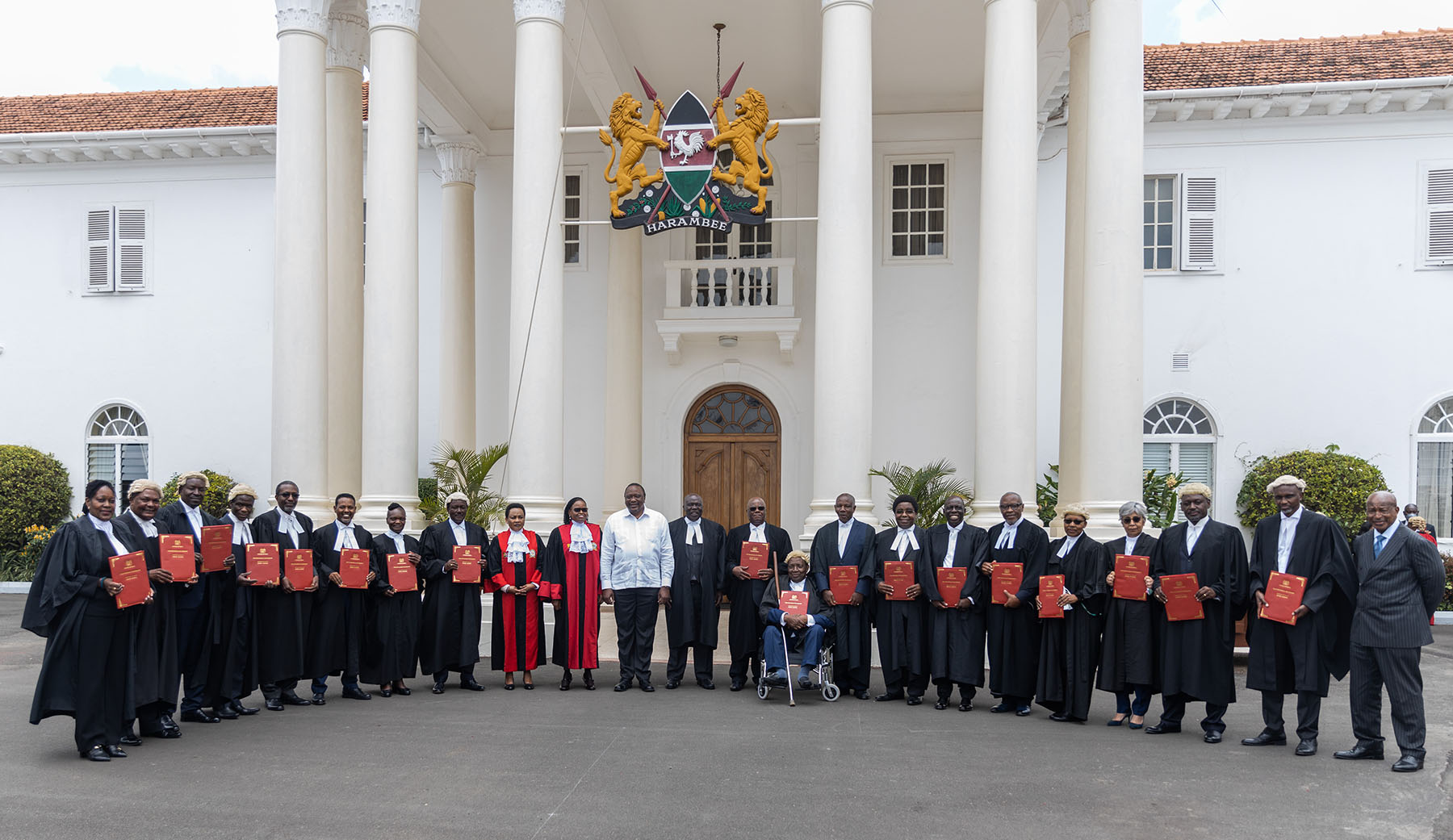 President Uhuru Kenyatta with the 7 appellate judges shortly after the brief swearing in ceremony at State House, Nairobi. The President also congratulated 18 advocates who were conferred the rank and title of Senior Counsel. 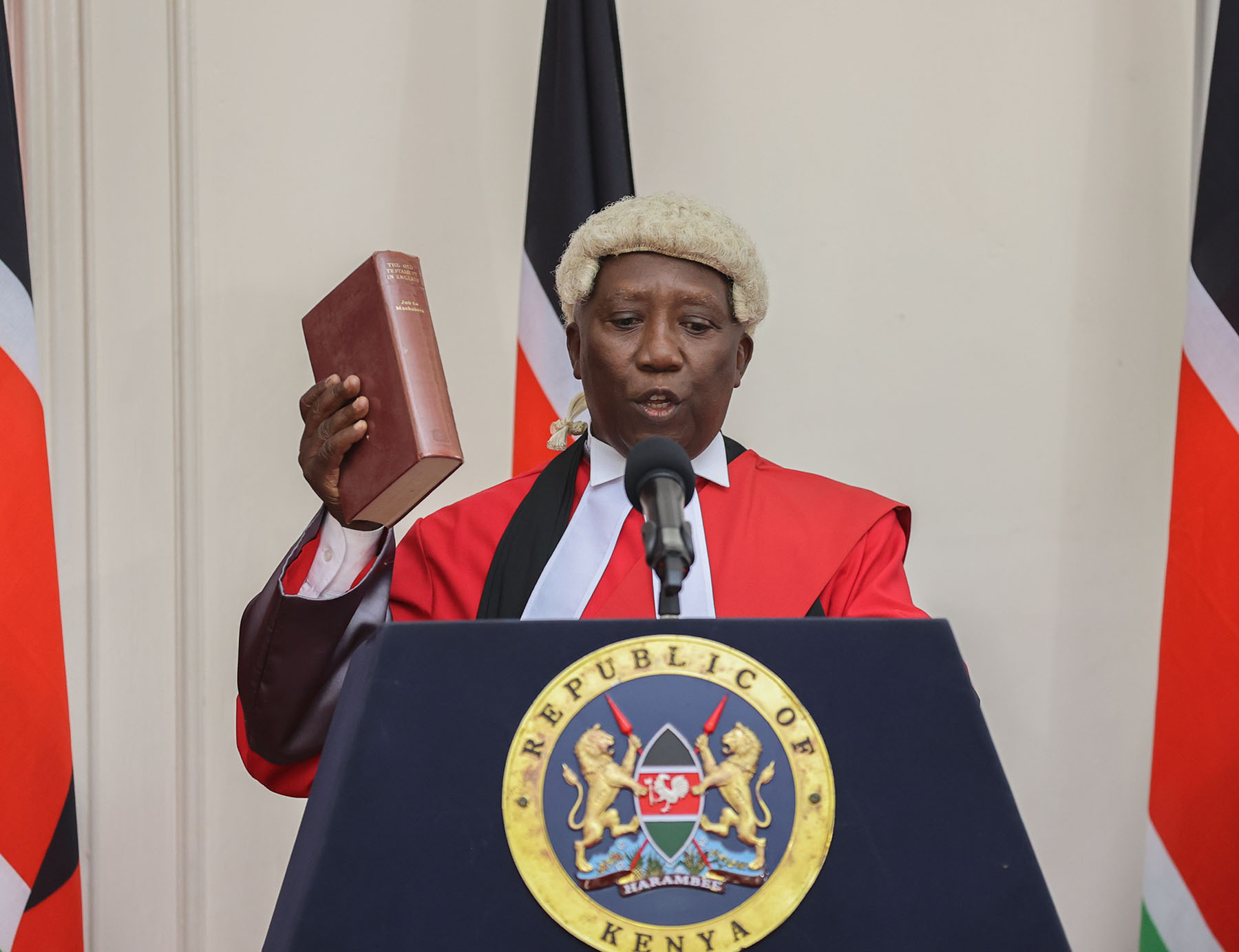 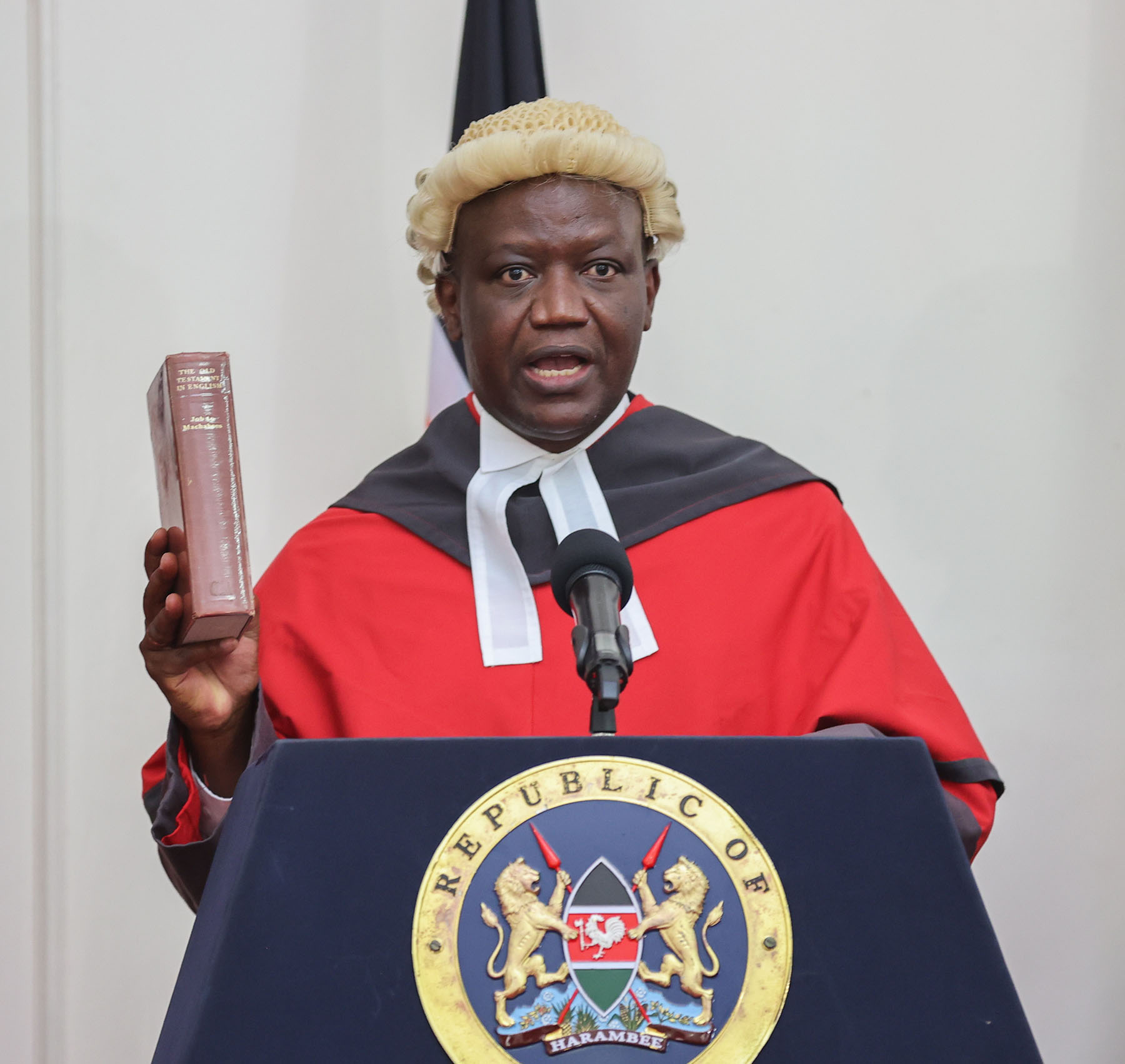 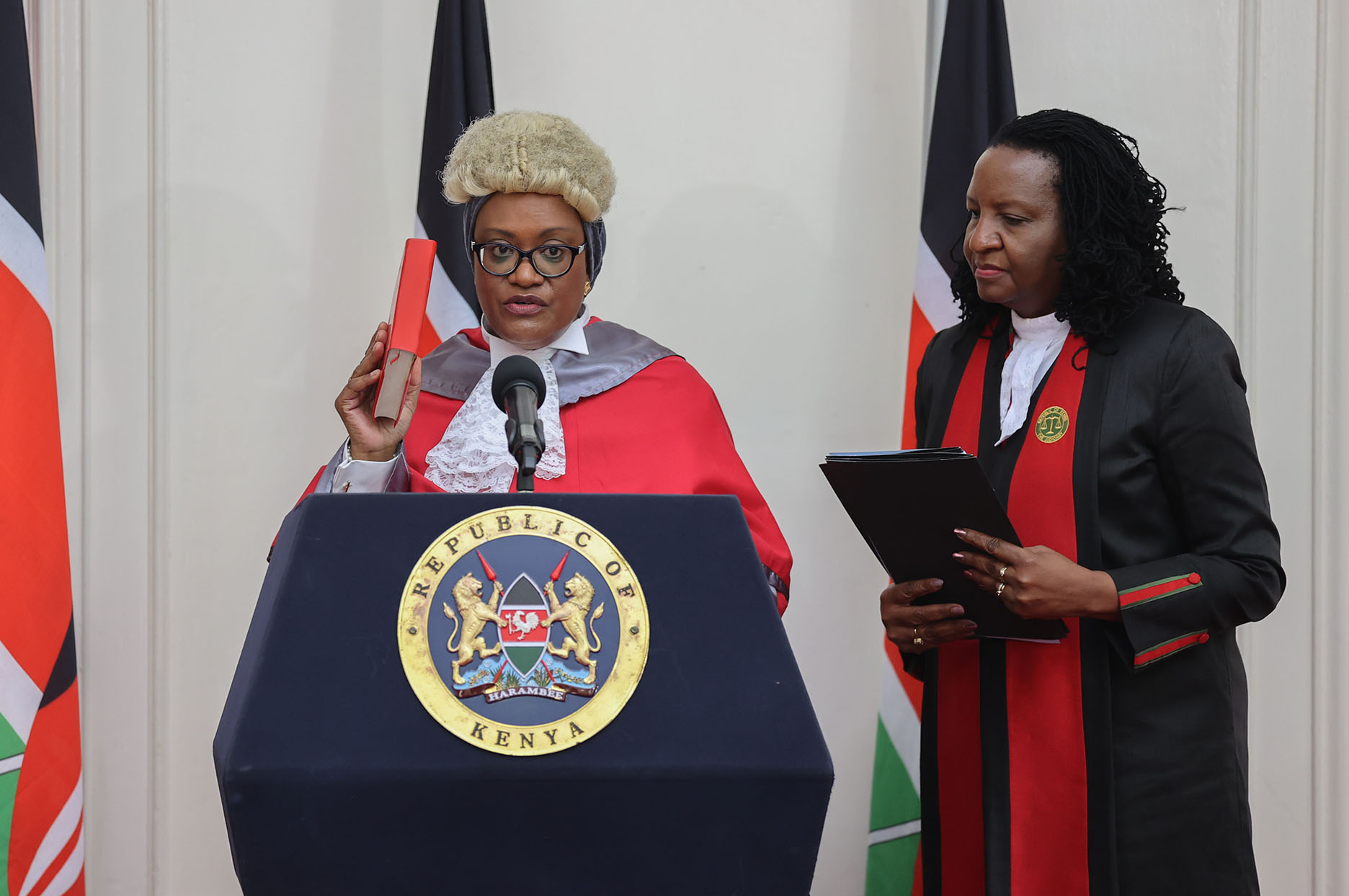 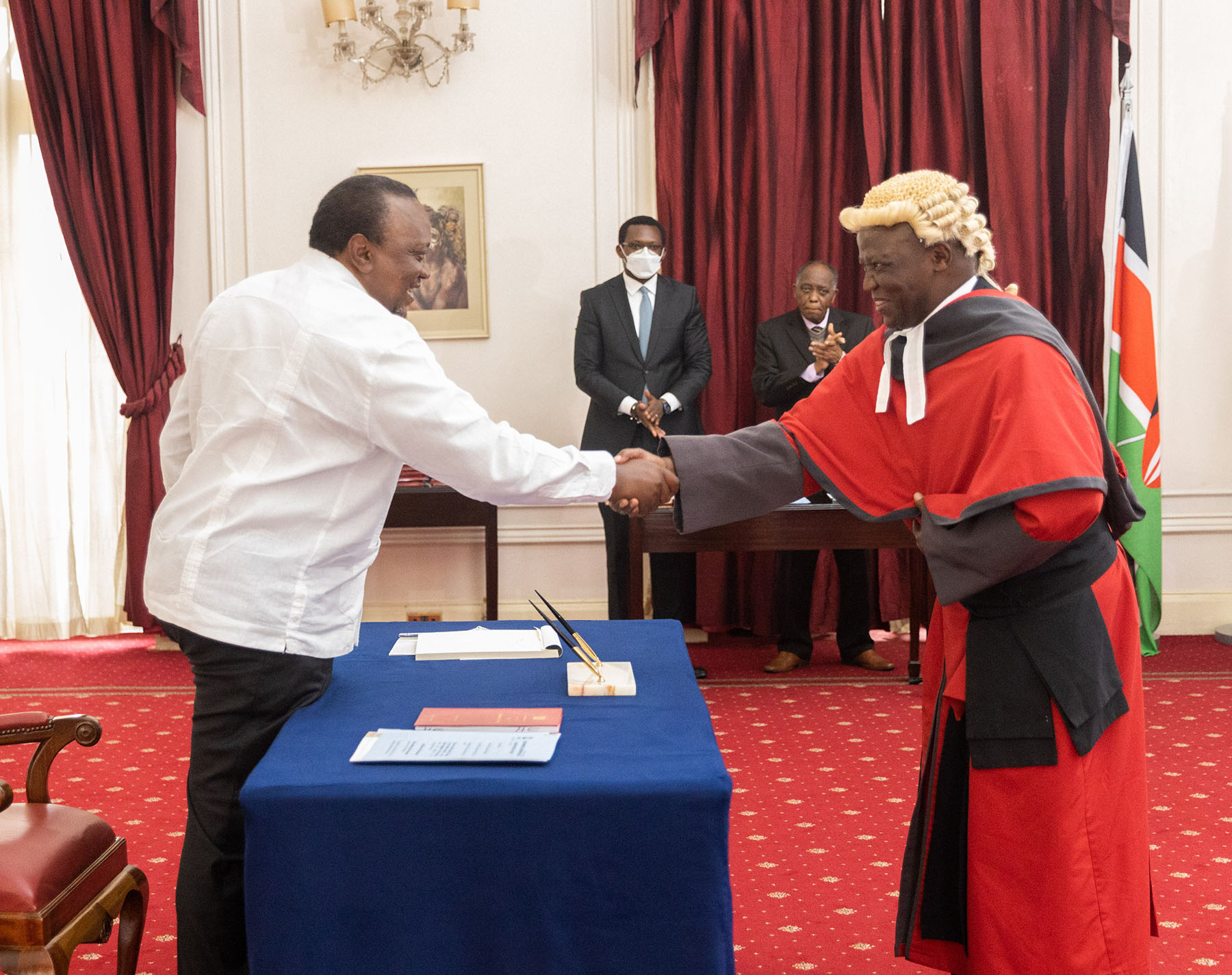 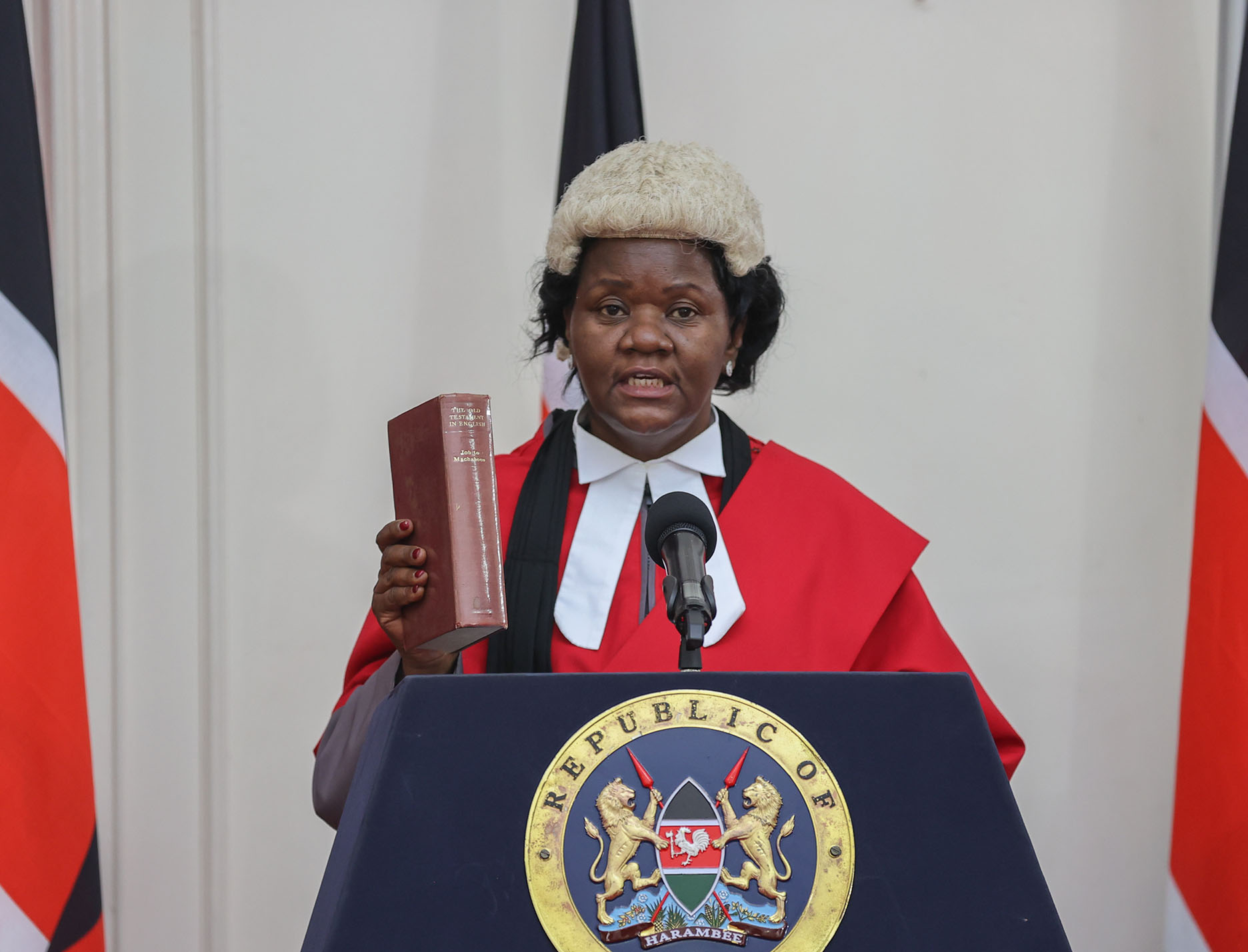 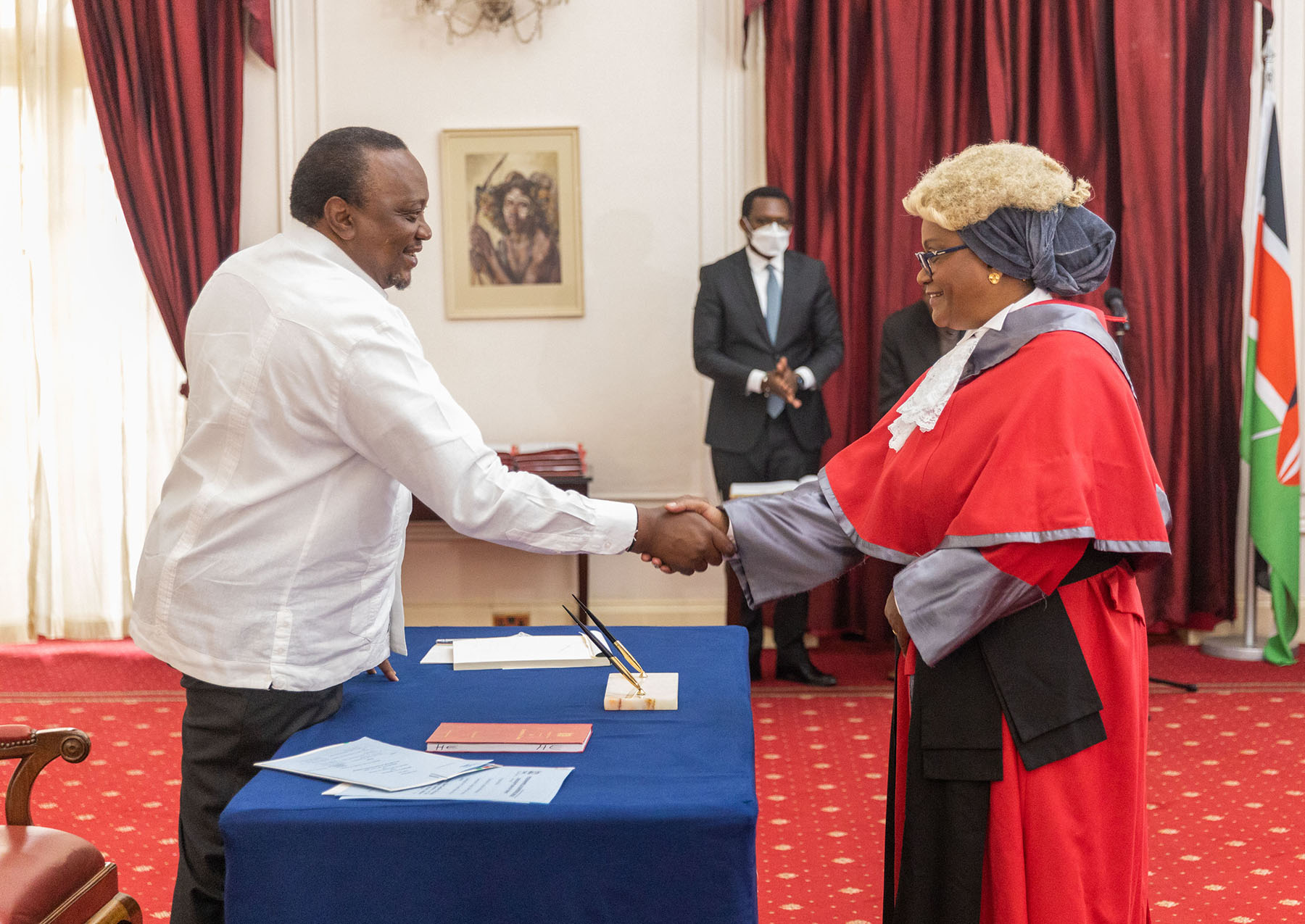 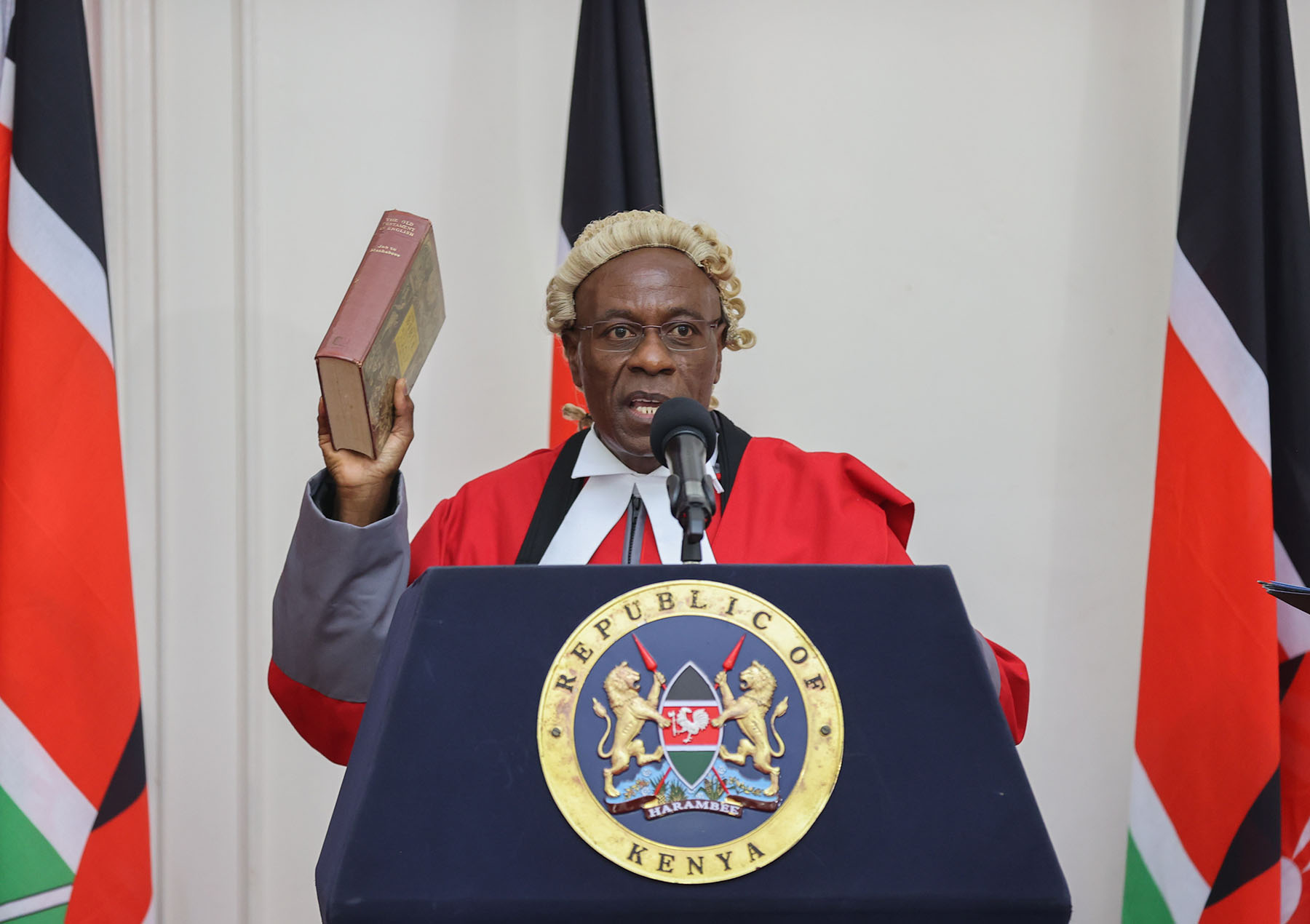 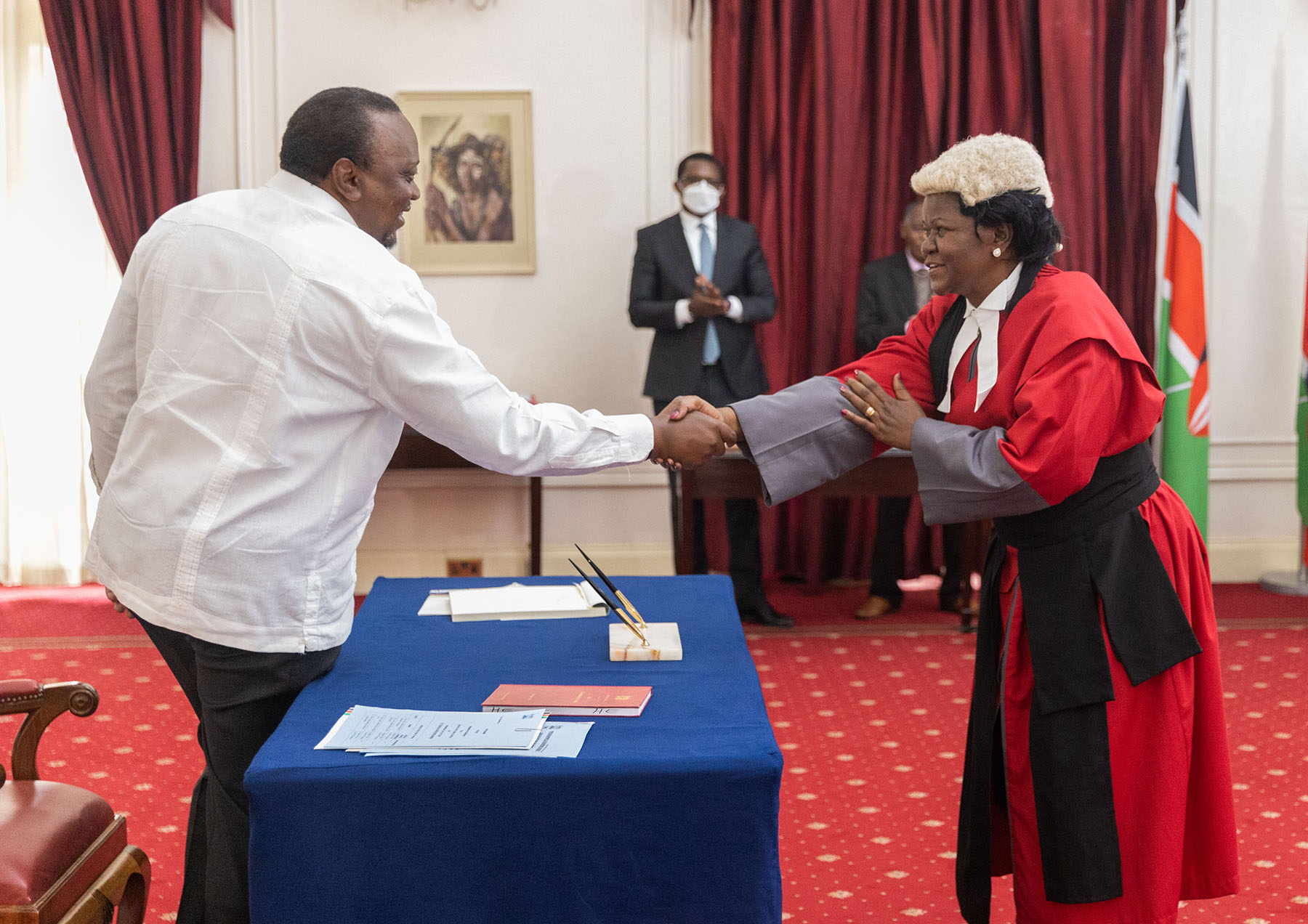 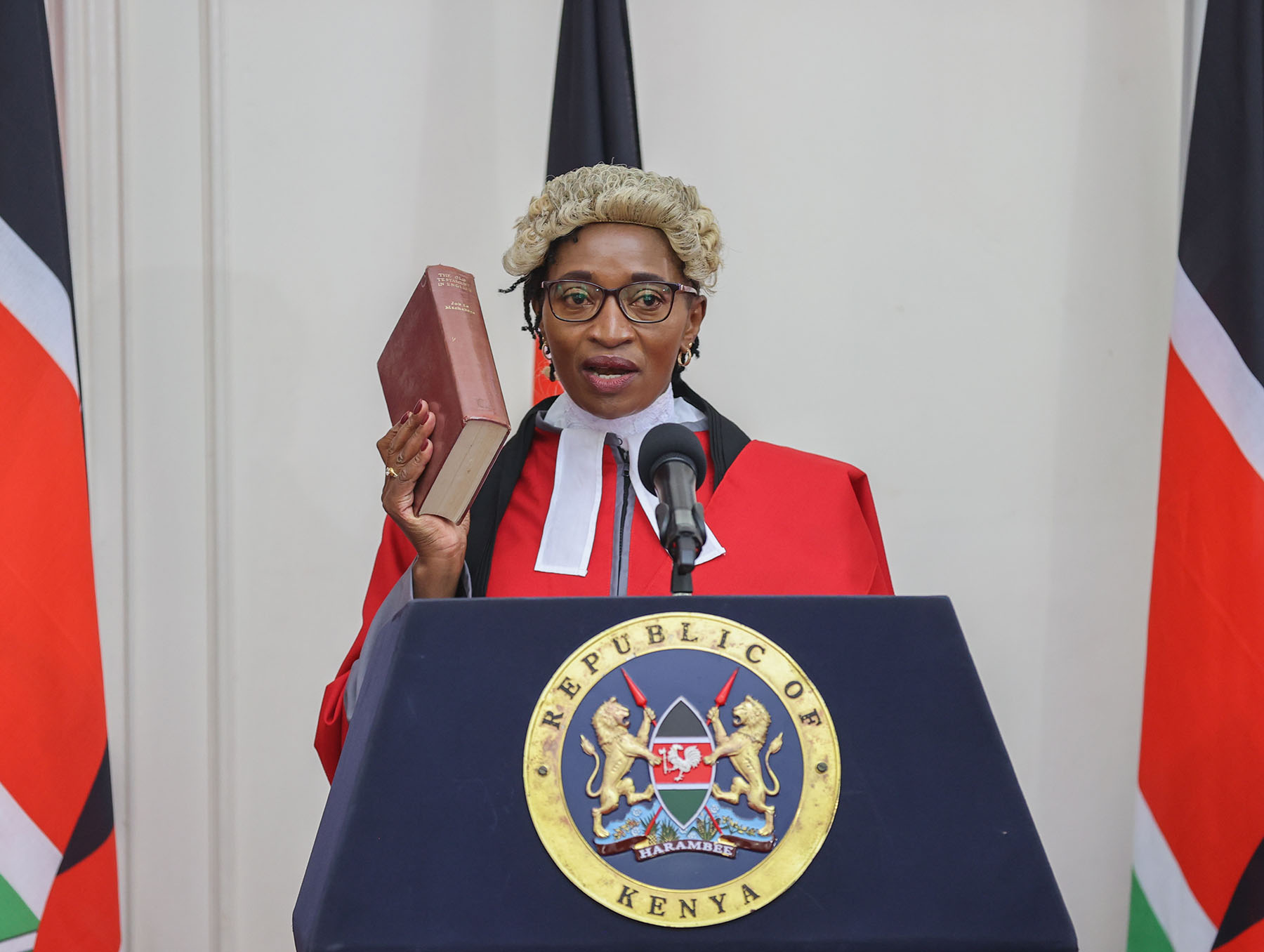 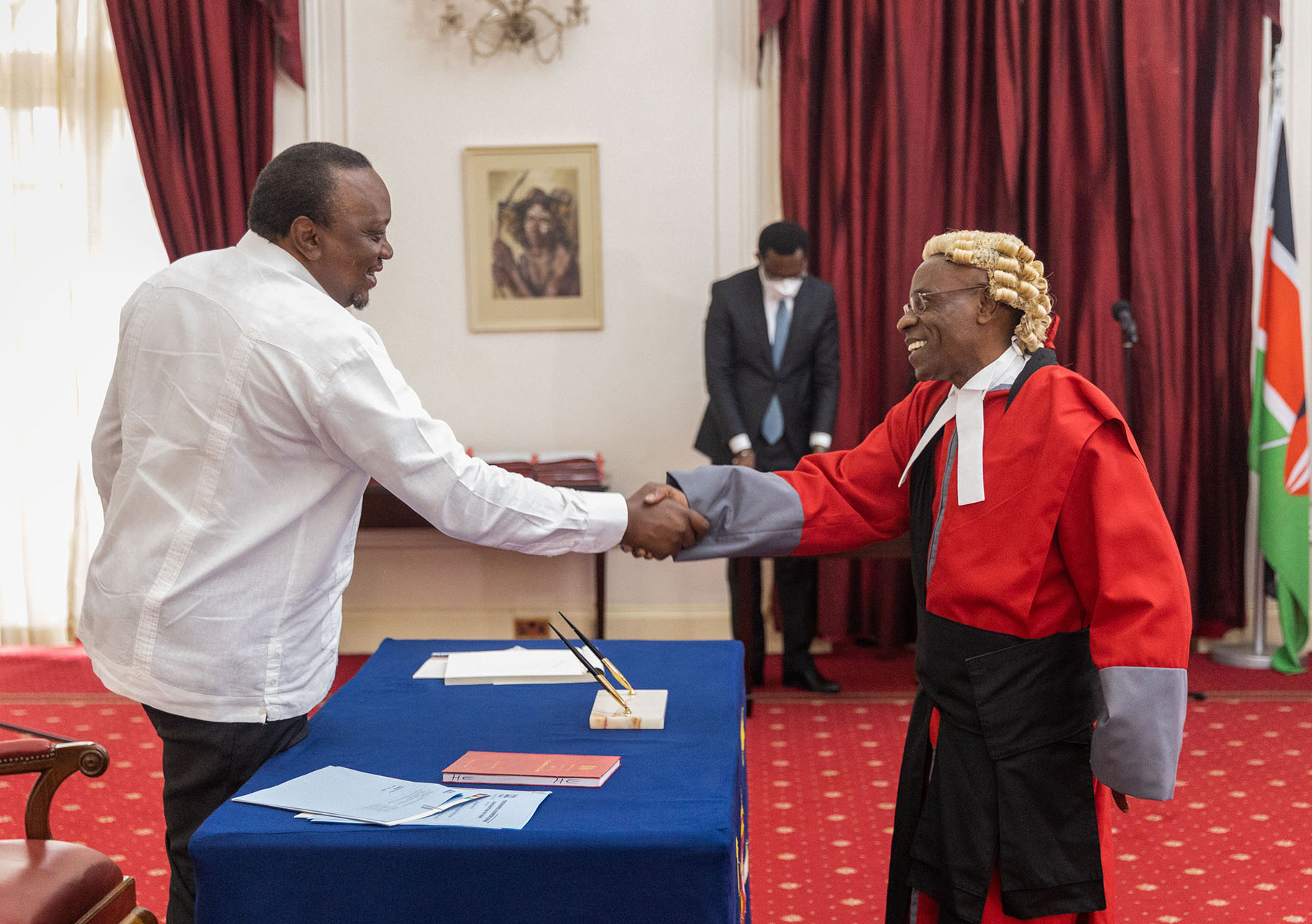 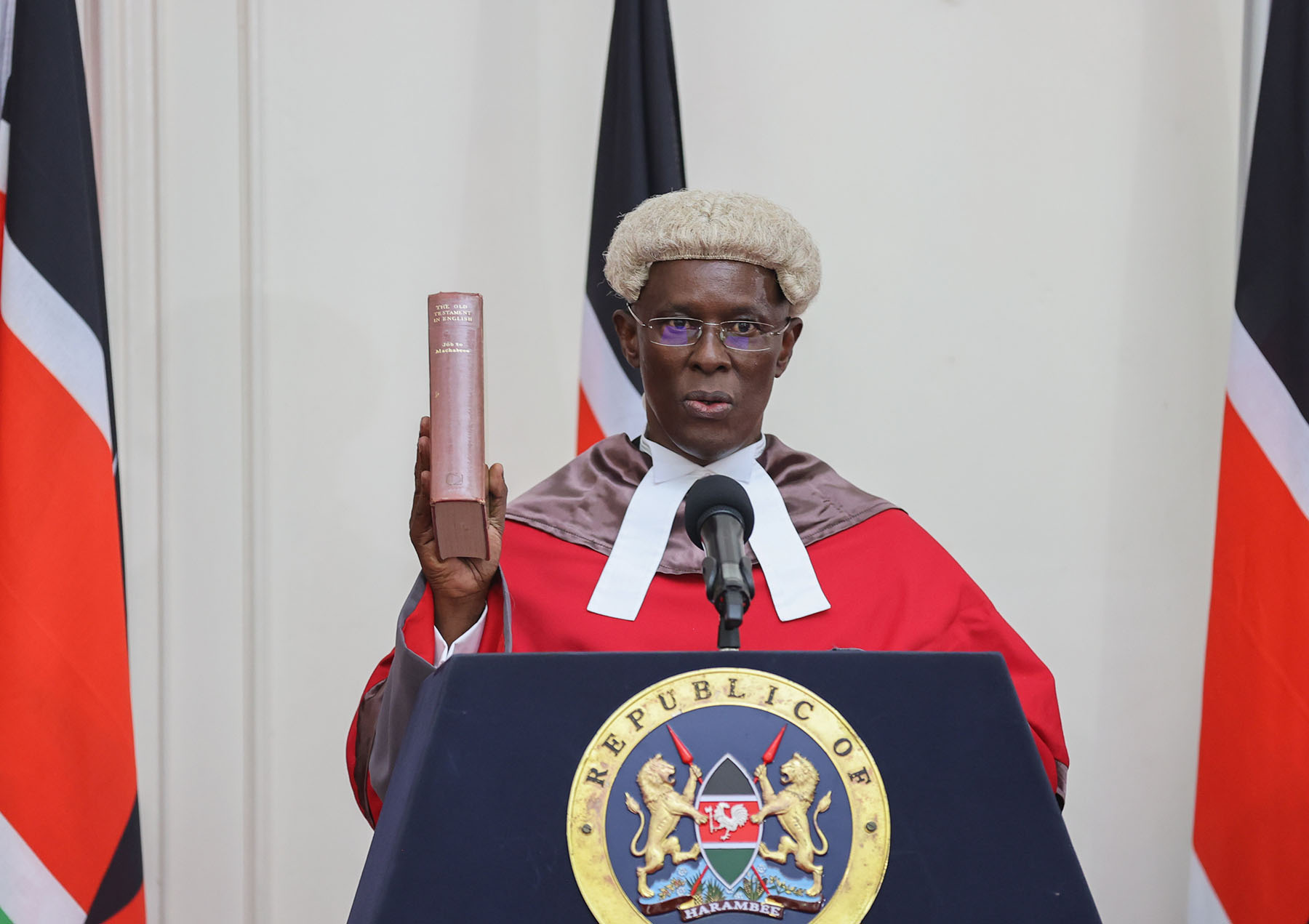 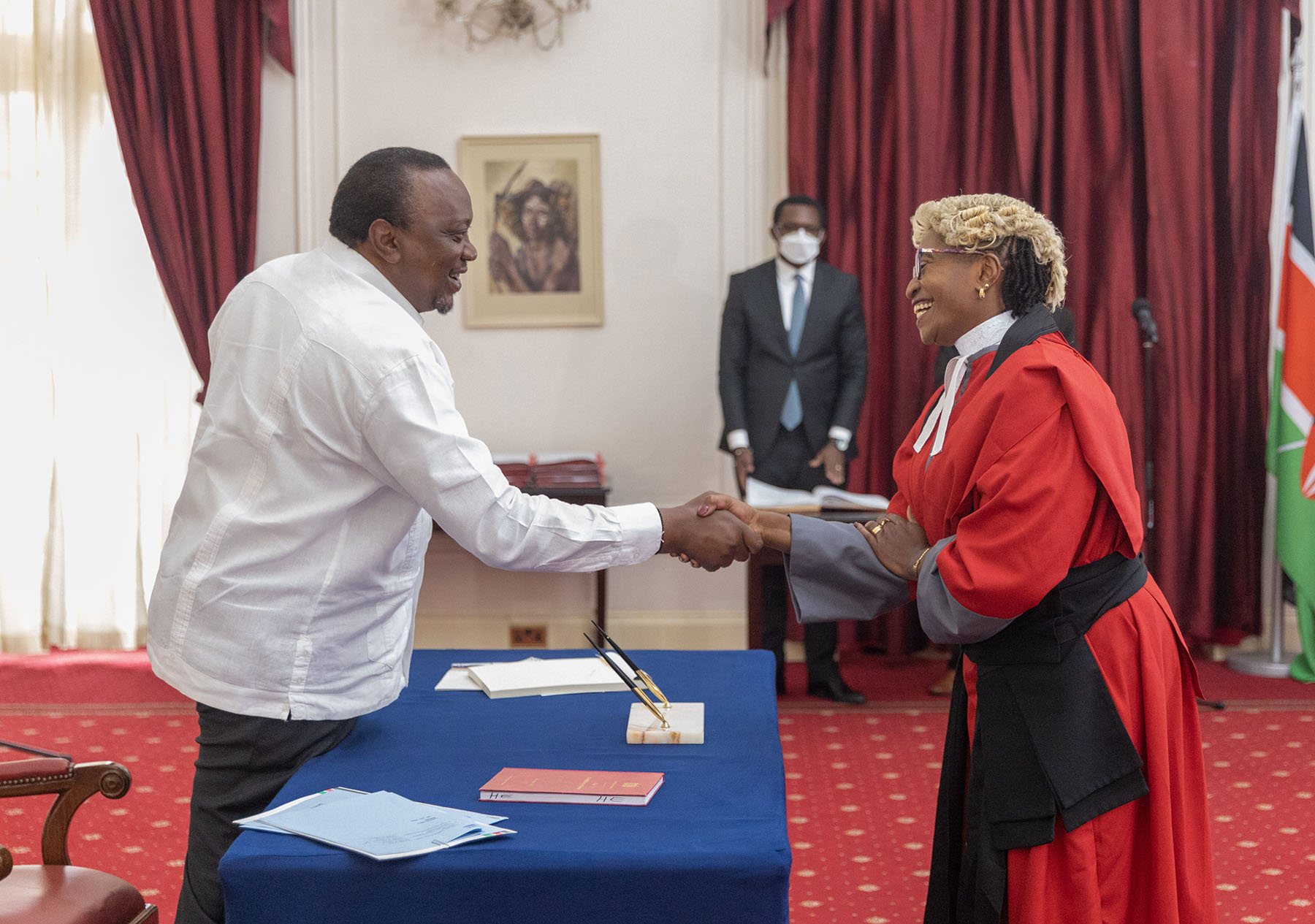 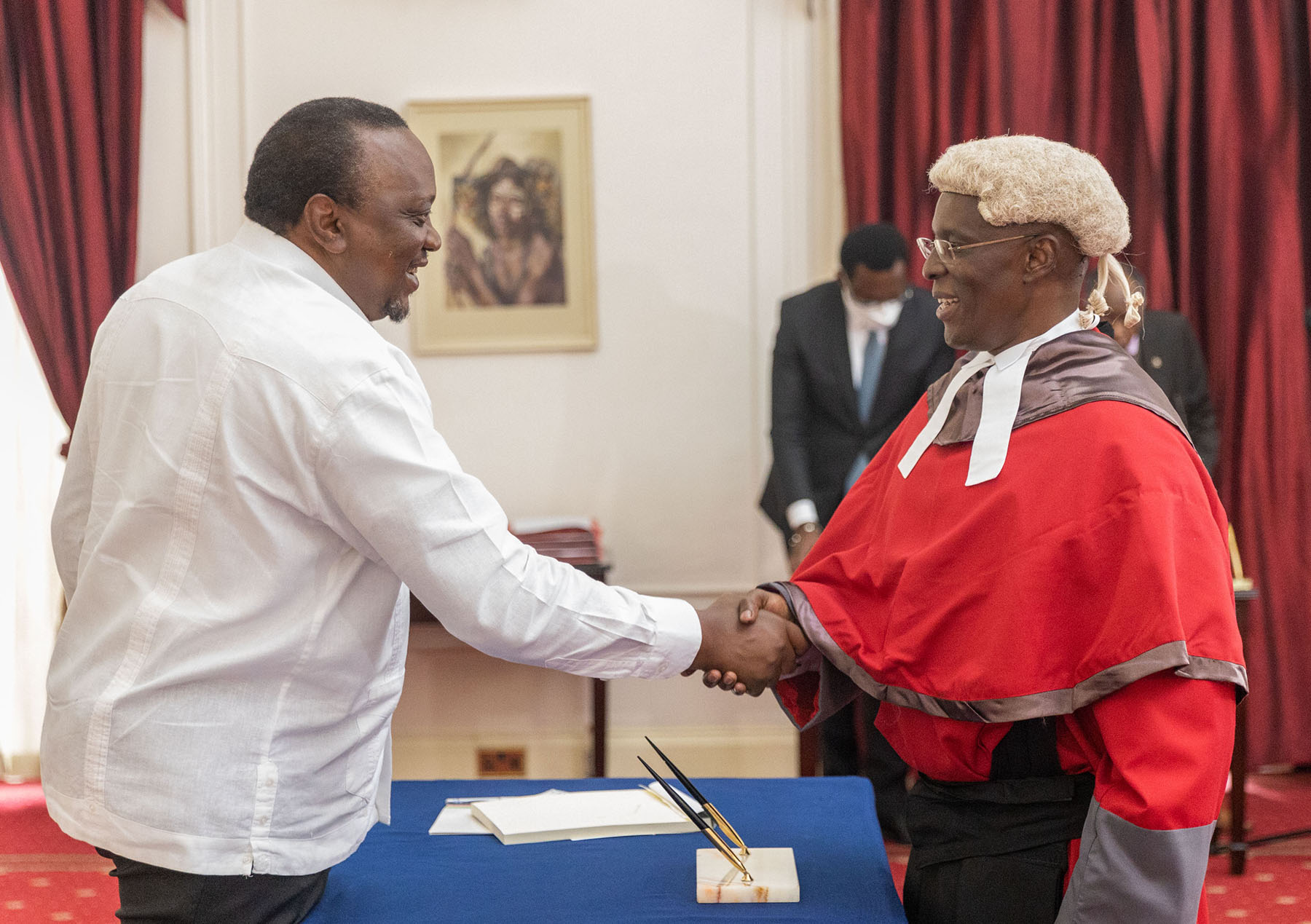 Speaking shortly after witnessing the swearing-in of the judges at State House, Nairobi, on Wednesday, President Kenyatta asked them to deliver justice in a “speedy, accessible, and consistent manner”.

“As you take your seats on the bench, remember that Kenyans expect more now from the judiciary than ever before.  Kenyans yearn for a judicial branch that delivers justice without fear or favour in a speedy, accessible and consistent manner.

“Kenyans expect the authority that they have delegated to the judiciary to be exercised with utmost integrity and in keeping with the sacred principle of furthering the national good,” President Kenyatta said.

Noting that the appointment and subsequent swearing-in of the judges comes at a unique time when the nation is gearing towards the coming general elections, President Kenyatta emphasized the need for the judiciary to play its role effectively.

“Today, we mark an important aspect of our constitutional order and our democracy through the swearing-in of seven new judges of the Court of Appeal.

“This reaffirms our commitment to the Rule of Law and the foundational principles that underpin our vibrant democracy,” President Kenyatta said.

At the same time, the Head of State congratulated 18 advocates who were conferred the rank and title of Senior Counsel.

“To the Senior Counsel members, your service to the nation has not only been significant but also inspiring.   On behalf of a grateful nation, I once again convey our congratulations for distinguishing yourselves by rendering exemplary service in the legal and public service arenas,” President Kenyatta said.

They 18 were conferred the coveted legal title on  20th July 2020 in recognition of the exemplary service rendered to the nation in the legal profession and in honour of their contribution to law and development.

Owing to the restrictions imposed by the COVID-19 containment measures, the conferment ceremony was held today.

“To you all, may your works continue to be an inspiration for generations to come, serve your nation with fidelity,” President Kenyatta said.